After weeks of buildup, hours of pre-game shows and the festival of football itself, you'd think that we'd pretty much be over the Super Bowl by now. But no. In fact, it turns out, that when it comes to the Super Bowl, it's all over but the crunching.

No, not the bone-crunching or even Tostitos crunching. I'm talking the number crunching.

In another sign of the rise of the machines, the age-old traditions of bar bets, bold predictions and bragging rights have moved into a world where human insights and big-data conclusions are being combined to settle the once endless debates over who's the best.

Here's a look at how big data has insinuated itself into the big game. 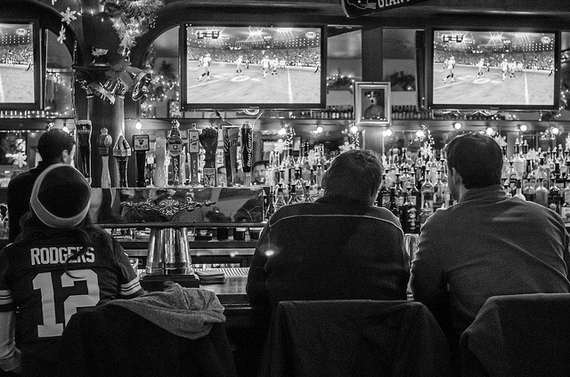 Madden Football 15: I told you so

Julie Foster, it turns out, is the only Seattle Seahawks fan who's found a silver lining in the Seahawks heart-breaking late-game loss to the New England Patriots in Super Bowl XLIX. Foster is communications director at Electronic Arts, the Silicon Valley gaming company whose "Madden NFL 15" game correctly predicted the 28-24 outcome of what was arguably the most dramatic Super Bowl in history.

"It's not better than the win, for the record," Foster quickly clarified. But it was something.

I was joking when I recently suggested that maybe we'd reached the point where we could just turn the playing of football games over to the machines. But then again, consider how close the machines came to reality in the case of "Madden 15."

But wait, there's more: The video game, which relies on a vast database of plays, coaches preferences and players' attributes predicted that the winning touchdown pass would go to wide receiver Julian Edelman. The Madden result, announced six days before the actual Super Bowl, also predicted that Edelman would have eight receptions for 106 yards. Nice try "Madden 15." Edelman had nine receptions for 109 yards.

"It just reminds us that the game is actually smarter than we are," Foster said. "It's just a proof point that it's the data that just drives the accuracy. We're impressed by it ourselves, actually." 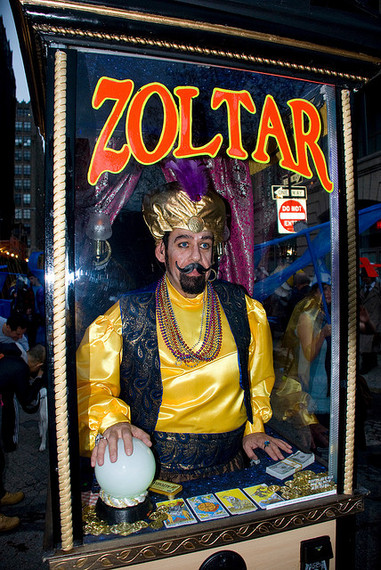 Now, no one is saying that Electronics Arts has cracked the code and could reliably predict the exact outcome of the Super Bowl, or any game, time after time. And even NFL icon and game namesake John Madden himself told the Los Angeles Times that he hopes no one goes out and bets his or her house on next year's Super Bowl based on next year's simulation.

But it is another example of how humans and machines are teaming up to create some pretty impressive results across a wide range of pursuits. You can read more about that in this eBook. In EA's case, hundreds of humans chart games, watch films, monitor injuries, produce playbooks and assign scores on 60 attributes to every NFL player in order to produce the data that powers the simulation game.

"After the championship game, we make sure that the rosters are updated accurately, that injuries are taken into account," Foster said. "We run it with the very latest data that we have. Then we let the computer simulate it. No one is physically playing the game."

And so, did anyone at Electronic Arts notice Sunday, as the commercials played on and Katy Perry performed and Super Bowl XLIX moved through the second half, that the real game was an awful lot like the pretend "Madden 15" game?

"I can tell you that tons of text messages started to fly in the fourth quarter between all of us, saying we might have a chance of nailing this thing," Foster said of texts among her co-workers. "Now, being a Seahawks fan, the response I had was, 'It's not over fellas.'"

And then, of course, it was over when New England's undrafted rookie, Malcolm Butler, intercepted Seahawks quarterback Russell Wilson's goal-line pass with seconds remaining in the game.

"As soon as the interception happened, it was like phones lit up all over, saying yeah, we nailed it," Foster recalled. "If I had to have a silver lining as a Seahawks fan, that's about as good as it gets."

Yes, a head coach screwed up in the closing seconds, but...

It was data to the rescue for Seahawks Coach Pete Carroll who in the closing seconds of the game decided on a pass play from the 1-yard line rather than handing the ball to running back Marshawn Lynch, the tight-lipped powerhouse who, the whole world thought, would muscle the ball into the end zone.

And how did that decision go over? Ian O'Connor of ESPN, rated it as the "dumbest and most damaging call in Super Bowl history."

But over at the FiveThirtyEight blog, Benjamin Morris unleashed a torrent of data to make the case that actually it was New England Coach Bill Belichick who made the wrong call by failing to call a timeout (giving New England a better chance to score and retake the lead, had Seattle scored from the 1-yard line. In a tour de force of probabilities -- and yes, some assumptions -- Morris pointed out that given the down, distance, time and past performance, not calling a timeout hurt the Patriots' chances more than calling the pass play damaged Seattle's. Of course football fans -- especially in New England -- will point out that in the end, only one statistic matters: 28-24.

Who's the best? That depends

Back to FiveThirtyEight to dump cold water (scotch and water?) on a bar bet that you'd think would have some serious legs. After wrapping up their sixth Super Bowl appearance since 2002, are the New England Patriots the greatest modern day football dynasty?

Yes. And no. These FiveThirtyEight folks understand the power of data and how what you do with it makes all the difference. They've come up with their own dynasty ratings based on their own complicated, but thorough rating system. And they point out that the answer to who's the greatest dynasty varies, depending on the timeframe you're looking at.

If you're asking who has the best five- and six-year runs, that would be the Patriots of the early to late 2000s. Pull back and look at the best seven- and eight-year runs, though, and your dynasty winner is the San Francisco 49ers of the late 1980s through mid-1990s. Carry on the exercise for the best runs of nine, 10, 11 and 12 years and the Patriots of the early 2000s through the early 20-teens resurface as leader in each category.

So, that pretty much clears everything up, right?

Thought so. Feel free to resume your Super Bowl bickering.

Photo of sports bar by Andrew Seaman and photo of Zoltar by Jonathan Gleich published under Creative Commons license.

Lead storyteller at Signifyd and formerly a columnist at the San Jose Mercury News.