Do you have big Broadway dreams? Read on as Synthia Link, a Swing in Bullets Over Broadway, shares how she landed her versatile and coveted role in Woody Allen's jazz-age spectacle. Don't know what a Swing is? Don't worry. You will. 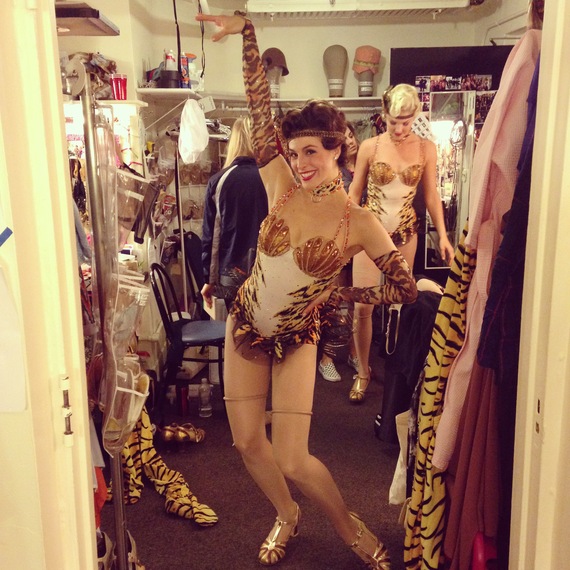 Alex Schattner: What was your first break into the theatre industry?

Synthia Link: I went to college for musical theatre, and ended up booking The Rockettes my senior year.

How long were you with them?

The Rockettes were really good to me. I did it on and off for five years. Then I took a year off to tour with Young Frankenstein. I played Inga, the Teri Geri role in the movie.

How is Broadway different from Radio City?

Broadway is more competitive. There are so many people who want your part and your track. You're very replaceable, always. The casts are much smaller. Bullets Over Broadway has about thirty people while The Rockettes had around two hundred. Then, shows close all the time. It's all about money, money, money.

Do you have an agent?

I've had an agent for four years. I didn't have one when I booked my first national tour (of Young Frankenstein). I did that on my own, and that was a huge door opener for me. When I got back to NY, I got an agent, auditions, and my first Broadway show. An agent is crucial. They get breakdowns--what shows are looking for what--and speak with the casting directors.

What's the key to a good audition?

Firstly, you have to be the right type. If they say they're looking for a young woman that's between 5'7" and 5'10" then I'm right for that. Second, I perform best when I'm calm, and I'm thinking, "Maybe I'll get it, maybe I won't." If you're manic, you won't do well. And, whatever happens, you have to leave it in the room. Even if that audition is the only time you get to perform that week, or that month.

What is a Swing?

Bullets Over Broadway has eight ensemble women. If one of them is out, then I go in for them. Then I cover two principals. Last week, I played Ellen, who is David Shayne's (Zach Braff) scorned girlfriend. Where a regular ensemble character only has to know one part, I end up having to learn ten. And, I might have to go on with five minutes notice, or in the middle of the show.

The middle of a show?

One time someone got food poisoning; another time someone hurt themselves. So, you have to always to be ready, and constantly studying. It's hard, but you get to save the show, and every performance is different.

The first time I went on, I was really scared, but then I had a definitive moment. I said to myself, "You can either succeed right now, or fail, and failure is not an option. So, I'm just going to succeed and exceed everybody's expectations." I took a deep breathe, went out there, and did my job. 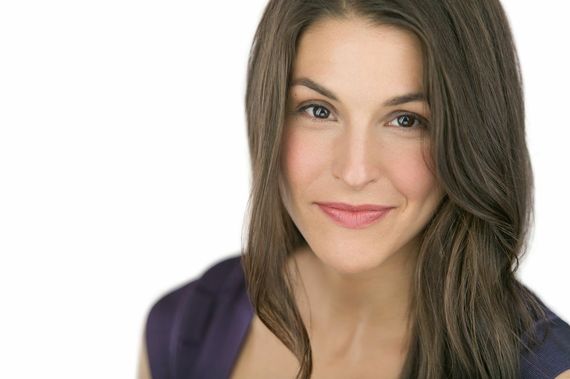 Do you feel like your performance has to mimic that of the usual performer?

No. Not at all. My Ellen is very different from Betsy Wolfe's Ellen, because we're different people and we draw on different experiences to play the role. You have to be in the right light, and numbering, and learn the choreography, but the acting is your own. Especially with Susan Stroman as our director--she wants you to make the performance your own. So, it's real and not a characterization.

Which part (track) do you learn first?

When you're in the ensemble, and then you understudy--which I've done before--You learn your one track first, and then you learn the rest in your own time by studying the lead actor as she hits her marks both onstage and offstage. Offstage can be more chaotic than what happens onstage. There's thirty people backstage, and it's pretty small. It's all of the stagehands, dressers, lighting people, and stage managers. Some sets are on rigs from the ceiling, but many aren't. There's a lot of in-and-out, and changes happening in only a few seconds right in the wings. It looks chaotic, but there's a very strict structure, and, once it's set, that's the way it is all the time.

When in the production process were you cast?

This is a brand new musical. So, when I was cast, they had one version of the script done. During rehearsals and previews, writers, directors, and choreographers can change whatever they want. Literally, every day there were changes. Sometimes to a line or dance. Sometimes entire numbers were cut. Only when opening night comes does everything freeze.

If you're a replacement, like I was when I understudied Rosemary in How to Succeed in Business, the show is already set, and you just jump in.

Who was starring in How to Succeed at the time?

So, he was used to the stage. What is it like working with Zach Braff who's known for TV?

He has way more experience than you'd expect. He went to acting camp and school. He was very emotional opening night, and said that being on Broadway has been a longtime dream. He is very dedicated, and works his a$$ off. Plus, he has amazing comedic timing. When I went on as Ellen, I was really forced to be aware of the audience's responses, and time my next line with the decline of their laughter. Braff is a master at this.

I've worked with Susan three times. I was in Young Frankenstein and Big Fish. She works so hard, she treats everyone with the utmost respect, and she's loyal. If she likes you in one show, she'll use you again.

What advice do you have for future performers?

A lot of people told me I was crazy to major in musical theatre in college. As I said, a huge number of talented people are unemployed. However, for the past four years, I've been working consistently. That could stop tomorrow, but I think that I would've never forgiven myself if I didn't at least try. My mom has always said, "Why can't it be you. Why can't you be that person that succeeds?" If you never take a chance, you'll never know.

Learn more about Bullets Over Broadway at: BulletsOverBroadway.com