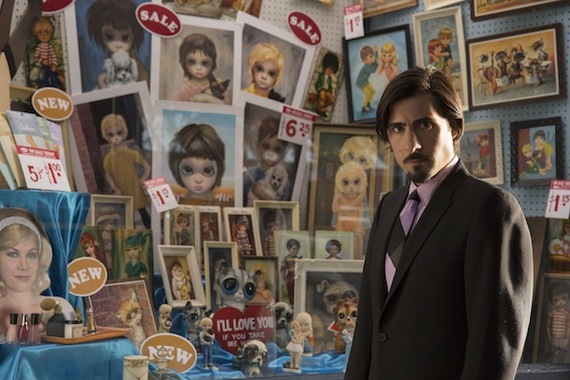 Perhaps Big Eyes is not the best-crafted piece of art. It may seem disproportionate in features and at points, tawdry and even uneven. However, not only is this film important, it is urgent.

Based on the true-life story of naïve painter, Margaret Keane and her marriage to the relentlessly charming and manipulative merchandiser, Walter Keane, Big Eyes is a perfect portrait of feminism. Avoiding any dose of preaching, the story is drawn of a woman pushing her way into a male-dominated world and struggling while time catches up to free her stifled voice. The rich composition comments on art, reverberates with social resonance, villainizes masculinity, but, quite remarkably, maintains a sweet and easy air that is deceivingly light. Even though the sum of the agonizing antagonist's sleazy scheming is heavy and unsettling in a way, the spirit of its pleasant protagonist shines through and explodes into a magnificent, heroic crescendo. 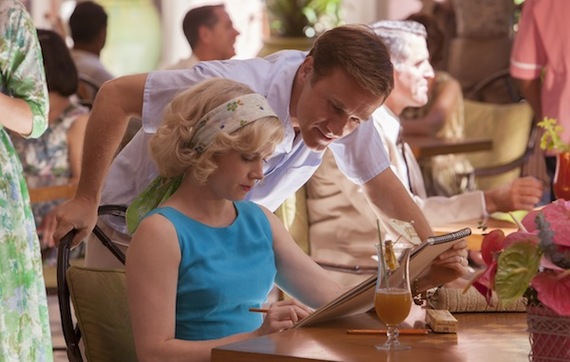 His best and most original effort in years, Tim Burton gives us one of the most satisfying releases you can hope to have in a movie theater. There are only two possible outcomes that can occur when a sly brute attempts to slowly suffocate what should be free. The oppresed will either turn into a coward and die quietly or they will turn into a hero and fight with tremendous volume. This is the virtue in being bullied. As long as the oppressed survives, there becomes a great strength in their capacity for endurance. And that developed strength can be focused into a power that does not know defeat. Though it is torturous to watch somebody be bludgeoned by a dominating ego, there is genuine understanding of understated anguish inside a human being who is starving for their art. It's difficult to pinpoint the moment when Margaret becomes a badass, but the gradual burn turns into a raging inferno of justice. 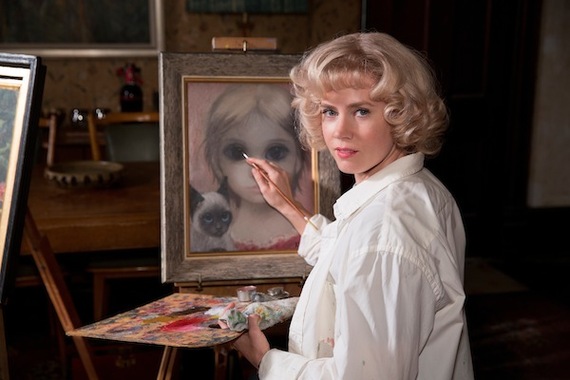 Scott Alexander and Larry Karaszewski have penned a film about suffering the harsh reality of a harsh world and squeezing out some color, some soul, some life. It's interesting to note that the writing team began shopping this script around over thirteen years ago, but it could never be more powerful than the same exact day another film has been aborted. If you'd like to see a movie that reflects our immediate times, Big Eyes will open Christmas Day. If you take anything away from Margaret Keane, take away this: We must stop living through the fear of death and start living for the death of fear. Something has happened in this country or maybe it has always been happening. Somehow we have lost the value of art and instead worship at the altar of fear. All this may sound abstract or vague or even paranoid, yet the obvious evidence is overwhelming. When we allow art to be strangled, we allow terror to flourish. We've traded craftsmanship for convenience and freedom for comfort. It's a terrifying time. Movies like this can give us hope in uncertain times. There are always underdogs that will figure out a way to fight through the confusion and chaos to unveil the truest masterpiece: the truth. We are starving for art, and we must fight.