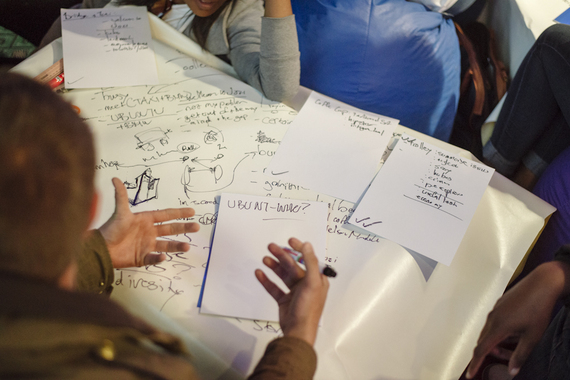 The world seems taken by the mystery of Millennials. Corporates are willing to replace desks with beanbags in order to acquire and retain their talent. Think tanks are conducting elaborate studies to understand what makes them tick. And 79 per cent of Americans believe there is a "generation gap" in American Society.

It's not that dramatic.

Pew Research Center studies conclude Millennials are 'confident, self-expressive, liberal, upbeat and open to change'. None of these characteristics are new. In fact, the terms seem to describe the infamous Baby-Boomer generation. And the differences between Millennials and Generation X do not seem particularly glaring either. For example, both groups see their defining characteristic as the integration of technology into their lives.

However, while Millennials are not as enigmatic as the hype suggests, like all generations, the conditions into which they were born do make them slightly different or, in this case, even special. Millennials could be incredibly powerful, altruistic leaders because the following characteristics set them apart.

Millennials grew up in a hyper-connected world. Their integration with technology takes them on virtual journeys across borders and erodes what could be their strong identification with one nation. JWT Intelligence found that 58 per cent of Millennials see themselves as global citizens before seeing themselves as citizens of their homelands and that more than seven in ten Millennials feel that 'people around the world are more alike than different'.

Millennials' constant connectivity allows them to access the stories of and relate to people from around the world. Because their lives are so closely integrated with technology, the generation is acutely alert to worldwide events and important international trends; about 75 per cent of Millennials have social media profiles--Twitter alone generates 6,000 tweets every second. However, Millennials' connection is not simply superficial, Millennials are emotionally connected as well--about 52 per cent of them reported to have friends 'from all over the world'.

Because Millennials are aware of the state of the world they are naturally alarmed. They recognize the unsustainability of injustice and environmental degradation. Their distinctive tolerance and self-interest allow them to appreciate that if big changes do not occur they will not be living in a world they want or with which they can even cope. Their concern is even reflected in their choice of employer; according to Deloitte, 77 per cent of Millennials choose their employer only after considering the company's purpose.

Thankfully Millennials are also self-assured. Millennials want to--and know they can--accomplish feats just as extraordinary as they are. American Freshman Survey, taken annually by thousands of American college freshmen, indicated that about 80 per cent of incoming students ranked their 'drive to succeed' above average and a record number of students considered themselves 'gifted'. If ever there was a generation crazy enough to think they could change the world when it needed it most, the Millennials are it.

Though, of all their prominent characteristics, Millennials' levelheaded concern is the most crucial. Unlike previous generations, if Millennials want to live in a world they enjoy they must create it sustainably and inclusively. The age of bequeathing debt and environmental and social problems is over. Global and local challenges must now be faced head-on.

The good news for Millennials--and the world--is that fulfilling unmet needs and discovering more sustainable options can nicely align with one's self-interest. Inside of every problem lies an opportunity, so with looming water shortages, inequality, deforestation, prolific poverty, the excess of easily prevented diseases, corruption etc, it seems there are abundant prospects for optimistic Millennials' success.

Already, 47 per cent of Millennials believe the purpose of business is to 'improve society or protect the environment', and a number of them are acting on this belief.

For example, Jason Aramburu founded re:char, a company that sells biochar made from crop and animal waste to East African farmers for $60. The farmers save $200 annually, boost crop yield by 26 per cent and reduce chemical fertilizer consumption by 80 per cent.

Jason and Anna, like other Millennials, understand the value of creatively finding opportunities in seemingly unsolvable problems. It is likely both of these Millennials care deeply for those they serve. However, they are also importantly filling a gap in the market.

Millennials are not perplexing, but connectivity has given them the awareness, concern and confidence to do something about the looming challenges to which they are so alert. Their self-interest, not only their hearts, drives them towards filling gaps and innovating better ways of doing things. After all, shouldn't those who succeed in overcoming major challenges be rewarded?

If Millennials can succeed in aligning their hearts, minds and pockets, the world will become a better place.