After Disney's Tangled made its theatrical debut back in November of 2010, Roy Conli thought that there was no way to top the experience that this veteran producer had just had on that Walt Disney Animation Studios production. 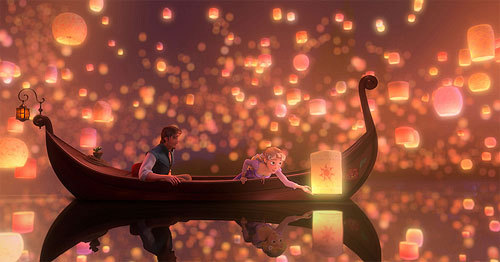 "I honestly thought that Tangled was going to be my Disney legacy," Conli recalled during a recent phone interview. "I mean, we faced so many technical challenges on that movie: scenes where we had 45,000 lanterns floating in the air to Rapunzel's 70 feet of hair, not to mention that we reinvented WDAS' entire CG production pipeline while we were working on this movie, which meant that we weren't getting any images on Tangled that we could really use in the finished film till March of 2010, which was less than eight months before this movie was supposed to be released to theaters."

But in the end, all those risks that Conli and the Tangled production team took ultimately paid off. This Academy Award-nominated animated feature -- thanks to its strong female protagonist as well as its ambitious storyline (which had some genuine emotional heft) -- represented a big step forward for Walt Disney Animation Studios.

"I remember telling the Tangled crew about grimace moments, how when you watch a movie that you worked on and you think, 'Ah, I wish we could have done that scene better,' or, 'I wish that we'd had the time or the money to fix that particular story problem,'" Conli recalled. "But when I watched Tangled, I had no grimace moments. I could watch that film over and over and over again. I just love that I got to help Nathan Greno and Bryon Howard reinvent the way Disney does fairy tales." 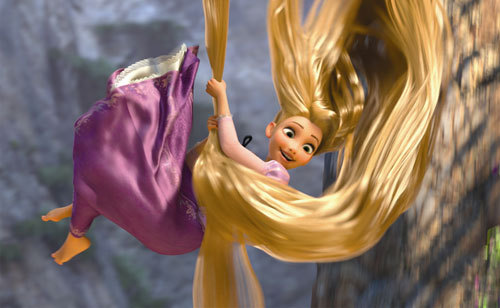 Now, please note Conli's turn of phrase in the above sentence (i.e., "got to help"). Given that Conli views feature animation as a director-driven medium, he thinks that a producer's main responsibility is to help the director achieve their specific vision for that project.

"That's why when Don Hall first came to me to talk about Big Hero 6, I have to admit that I found his pitch for this project extremely compelling," Conli explained. "The very idea that a boy could first lose his brother and then be repaired by his brother's invention, this robot, that sounded like a story that was really worth telling."

More to the point, given the maturity of storytelling that WDAS had demonstrated with its recent work on Tangled, Wreck-It Ralph and Frozen, Conli felt that the studio was now up to the challenges of Big Hero 6, which, despite being set in a Marvel-inspired universe, was still basically a story about grief and loss.

Speaking of Marvel: Given that a tale involving superheroes needs a super-sized setting, Big Hero 6 production designer Paul Felix really pulled out the stops as he was designing San Fransokyo.

"For this film it was absolutely essential that we have a setting that felt contemporary and lived-in. San Fransokyo had to be a city that you recognized but, at the same time, still be a suitable background for a comic-book fantasy," Conli explained. "Paul delivered in spades. We've never built a world this big for a Walt Disney Animation Studios production before. How big is San Fransokyo? You could take the worlds that we built for Tangled and Frozen and Wreck-It Ralph and put them all together, and combined they still wouldn't be as big as San Fransokyo is."

And, of course, a city of that size needs citizens, which reminded Conli of a challenge that he faced while producing Disney's June 1996 release The Hunchback of Notre Dame. 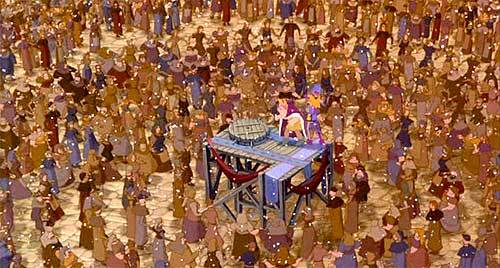 "Given that crowds in the streets of that hand-drawn film were all computer-generated, Hunchback was my first real foray into CG," Conli recalled. "But we're not rubber stamping crowds anymore. To properly populate San Fransokyo, Disney developed Denizen, which is this system that allows every citizen of the city to be an individual. That's why on Big Hero 6 we were able to have a cast of extras which was 750 people deep."

There are lots of other impressive tech-related factoids that Conli could toss out there about Big Hero 6. Take, for example, how Disney used one of the biggest rendering farms in animation history while it was producing this motion picture. But Conli feels that by doing something like that, it then somehow diminishes the contribution of the genuinely talented WDAS employees who actually create that tech.

"The technicians who work here at Walt Disney Animation Studios? They're all amazing artists," Conli stated. "That -- to my way of thinking, anyway -- is the real magic of this medium. Chris Williams, Don Hall and I could hand a scene off to guys like Kyle Odermatt and Hank Driskill, who were our visual supervisor and our technical supervisor on Big Hero 6. We could give them a template of where we want them to go with that scene, and then Kyle and Hank would come back and surprise us, because when we get that scene back, it's always better than you expected it to be." 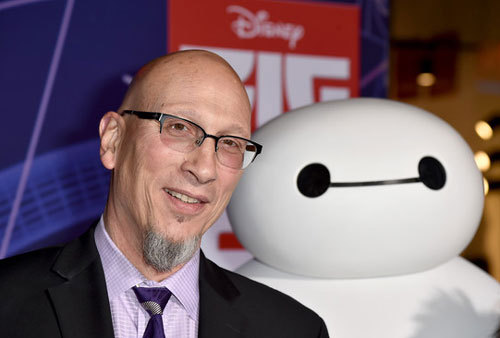 Of course, a producer has to have a lot of faith and trust in his production team before he'll then let them go off and plus a scene like that, but given that Conli has worked with some of these WDAS staffers for over two decades now, he really trusts in their artistic instincts and abilities.

"That's the really cool thing about working at Walt Disney Animation Studios these days," Conli enthused. "There's a team here that's kind of grown up together. Don, Chris, myself, Paul Felix, our production designer? We've all been here about 20 years. And Paul Briggs, the head of story on Big Hero 6 ? I've known Paul since he was an intern. And to see him mature into this phenomenal leader of men, that's just been great. Given our collective experience and the excellent work that this studio did on Tangled, Wreck-It Ralph and Frozen, well, that's why I felt we were up to the challenges of Big Hero 6. I knew that this team could strike just the right balance between this movie's mystery elements, our boy-and-his-robot story and its superhero-sized setting."

Which isn't to say that, when push came to shove, Conli wasn't willing to play the I'm-the-producer card and then tell his friends of twenty-plus years about specific concerns he had about this motion picture. Take, for example, Big Hero 6's central character, Hiro Hamada. 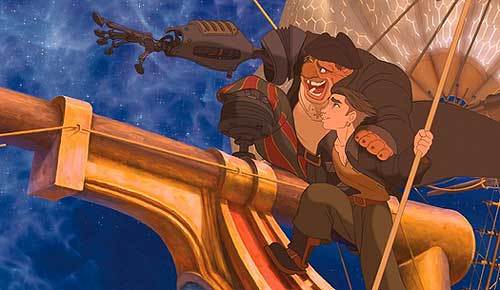 "You have to remember that I had previously produced a movie for Disney, Treasure Planet, where that film's central character was a teenage boy," Conli explained. "And while I'm extremely proud of the work that Walt Disney Animation Studios did on that particular motion picture, I also have to admit that audiences had trouble warming to Jim Hawkins, especially during the early parts of Treasure Planet. And I think that one of the issues that audiences had with Jim Hawkins that he spent much of the first act of that movie being a sullen teen, which is why, during our earliest discussions about Big Hero 6, I kept saying over and over again to Don and Chris and Paul that the audience had to love Hiro, which, given that we wanted Hiro to be an authentic 14-year-old boy, wasn't going to be easy, because as every parent can tell you, most 14-year-olds can be a little surly.

"Of course, what helped us keep Hiro authentically 14 was his relationship with Tadashi. Anyone who has a brother or a sister knows about that special bond that siblings have, how there's no one else on the planet that can tick you off quite as much as your brother or your sister can, but at the same time, there's no one who moves faster to help you once you get in trouble. That's why I'm especially proud of the work that was done on Hiro and Tadashi's scenes together. I think that those scenes in Big Hero 6 have some of the most authentic depictions of brotherly love that have ever been seen on film."

Which perhaps explains why, as Conli sat watching the work-in-progress version of Big Hero 6 earlier this year, he once again found himself viewing another grimace-free movie, or, better yet, why Conli was thrilled earlier this month when he learned that this Walt Disney Animation Studios production had been nominated for a Best Animated Feature Oscar. 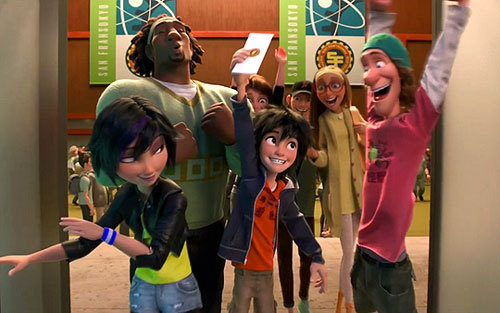