Imagine if you could visit the lush rainforests of Costa Rica, the dry, hot deserts of Arizona, the green rolling hills of Ireland, and the ice caps of Mount Fuji, all in one day.

Hawaii Island, otherwise known as the Big Island, only takes up 4,000 square miles of the Pacific Ocean, but it is home to four of the five major climate zones found on the planet. It's one of the most ecologically diverse places in the world -- a place where you can ski on snow and, in a matter of hours, surf in the warm ocean.

According to Pao-Shin Chu, the Hawaii State Climatologist and professor in the department of meteorology at the University of Hawaii at Manoa, there are between eight and 11 subclimates on the Big Island. "It's safe to say," he told The Huffington Post, "Hawaii has a majority of climatic zones in the world."

So what's it missing? The continental climate -- which is found in places like Pyongyang, North Korea, Fargo, North Dakota, and Fairbanks, Alaska. (We think you'll be OK without it.)

Below, take a quick tour through the Big Island's ecological diversity:

A long fall by Soumya Roy on 500px

Areas like the historic town of Hilo, on the windward side of Mauna Kea and Mauna Loa, experience an average rainfall of 130 inches a year near the coast, and as much as 200 inches closer to the mountains. So much rain fuels beautiful waterfalls such as Akaka Falls (pictured above) and lush, wet regions. 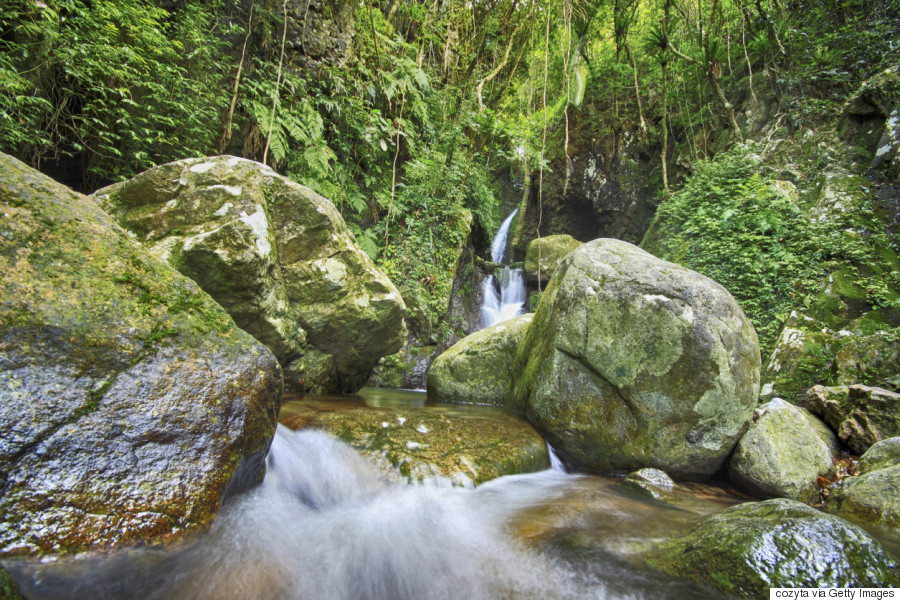 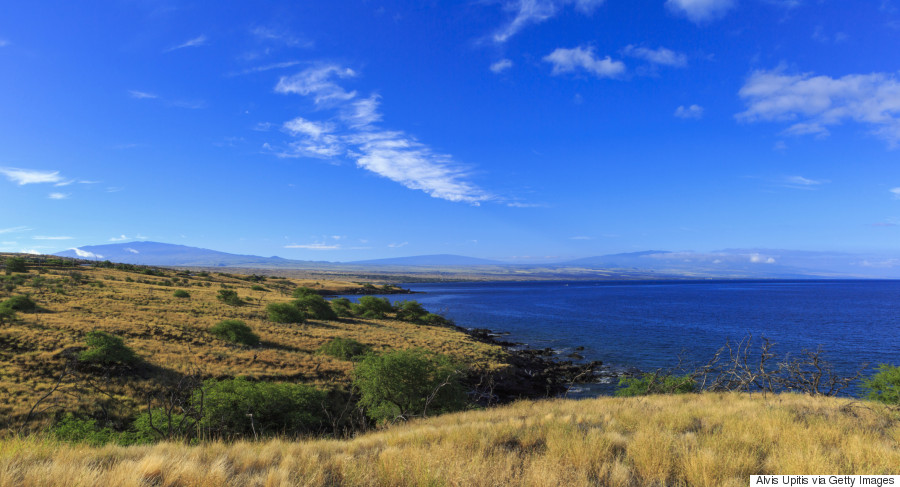 Compare Hilo's nearly-constant rainfall to Kawaihae, on the Kohala coast, which only gets about 6 inches or less every year. Its location on the leeward side of the mountains make Kawaihae Bay one of the driest places in the state. Nearby, in Puako, lies one of the most extensive petroglyph fields in Hawaii, where thousands of carvings bask in the sun, etched into stone by native Hawaiians and depicting canoes, human forms, turtles and other ways of ancient life.

The mid-range areas on the slopes of Mauna Loa and Mauna Kea have moderate temperatures and changeable, rainy weather. Most of the Big Island's coffee is grown in the temperate or tropical zones because the dark, rich volcanic soil, temperate climate, morning sun, and afternoon showers make a perfect environment for growing coffee. 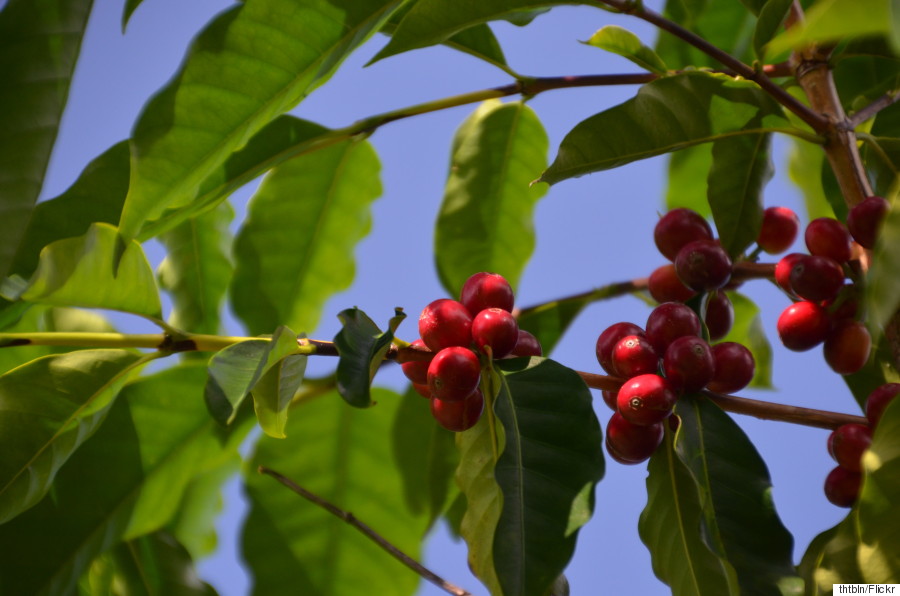 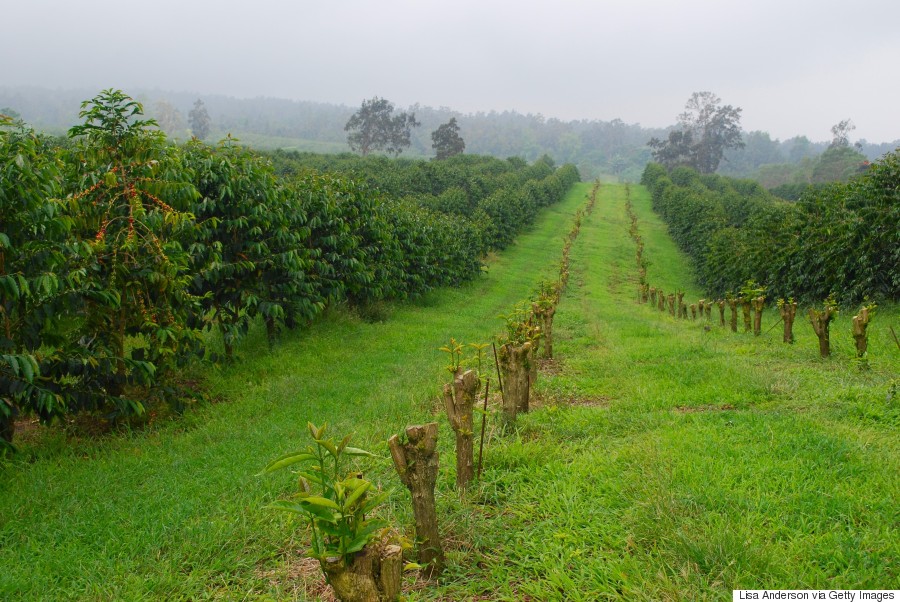 The Big Island's tundra climate exists solely on the highest elevations of Mauna Kea and Mauna Loa. Mauna Kea is one of the only places in the world where you can drive from sea level to 14,000 feet in less than two hours. (Just be careful: there's 40 percent less oxygen up there than we're used to at sea level.) Because a bank of tropical inversion clouds filter the surrounding air, Mauna Kea Observatories have near-perfect conditions for star-gazing.

Temperatures in this tundra climate can vary 30 degrees in a single day, getting as high as the 60s on summer days and going below freezing overnight.

Summit to Summit by Ken Boyer on 500px 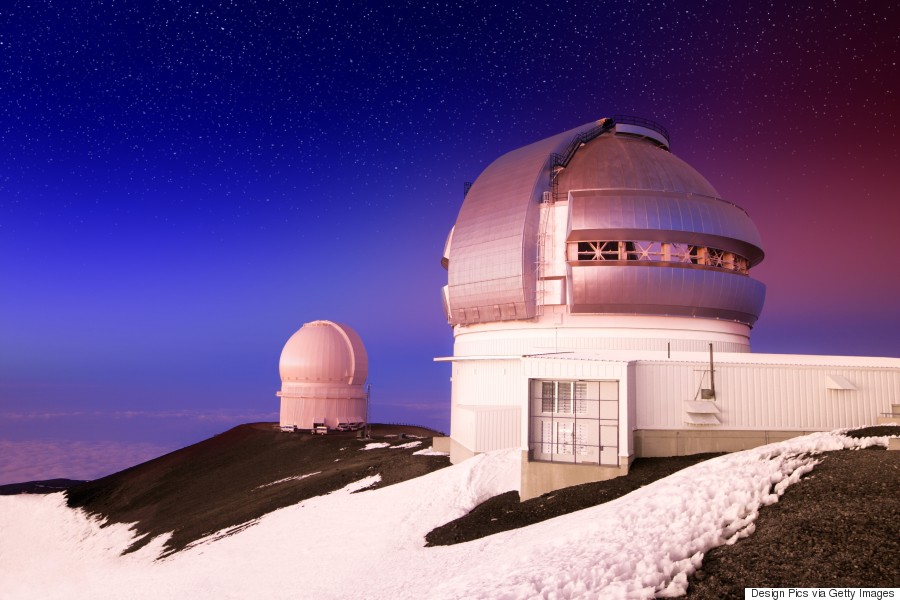 From Polar To Tropical, Hawaii's Big Island Has It All
Hawaii In Photos