The day Kate Donahue rescued her dog, Dillon, from an animal shelter in Hawaii, he was scheduled to be euthanized. His previous owner had been abusive and when Donahue saw him, she knew she had to take him home.

That day, she promised to keep Dillon by her side for every moment -- even if that meant taking him on her mile-long swims in the ocean.

Three times a week, Donahue goes for a 1.2-mile swim at Kailua Bay on the Big Island -- with Dillon, in a dog flotation vest, leading the way. 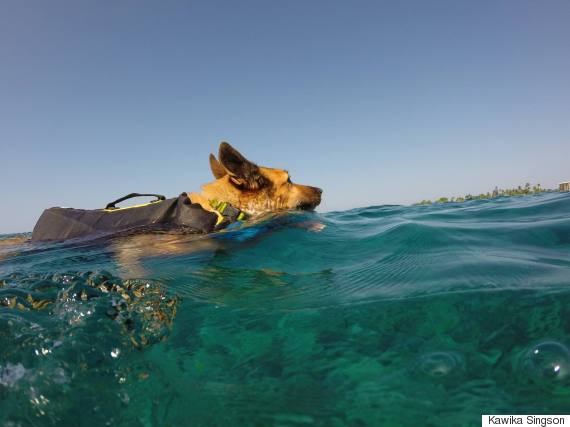 "Dillon has become quite the legend," Donahue said. Around town, she said, locals call him IronDog because their swim path -- known as the King's Buoy swim -- is along a pier and out to a swim buoy in Kailua Bay, which is also home to the Hawaii Ironman's 2.4-mile swimming race.

"It is absolutely hysterical when swimmers encounter Dillon in the open ocean," Donahue said. "Their reactions are priceless."

Kawika Singson, a fellow swimmer and local photographer, estimates Dillon can finish his 1.2-mile round-trip race in an impressive 45 minutes.

Donahue isn't sure what type of breed Dillon is, though she's been told he could be a Belgian Malinois or German Shepherd. Regardless, he is a good dolphin pointer.

Since pods of dolphins frequent waters around the pier, Dillon keeps an eye out for them while they swim.

"[He] is my dolphin spotter," Donahue said. "When I see [Dillon's] ears perking up, I know the dolphins are close by. ... [He] rides on my back when we are surrounded by pods of dolphins."

Donahue said they've even swum over reef sharks that were sleeping at the ocean floor. "The experience is beyond magical," she said.

On Sunday, Singson caught up with Dillon during a swim and snapped a few underwater photos of the athletic canine.

"There's a lot of stand-up paddleboard dogs out there," he said, "but Dillon is the king of the King's Buoy swim."

Below, watch Dillon the IronDog enjoying his second chance at life in the open ocean. 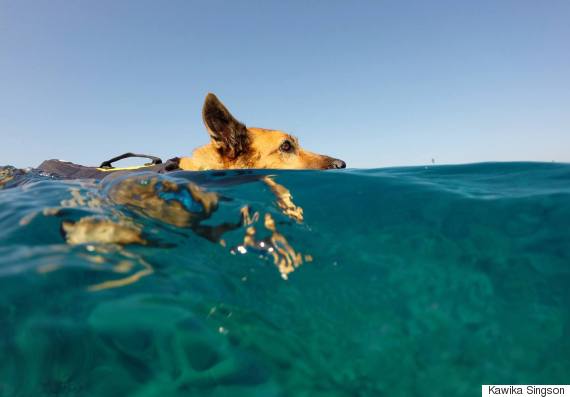 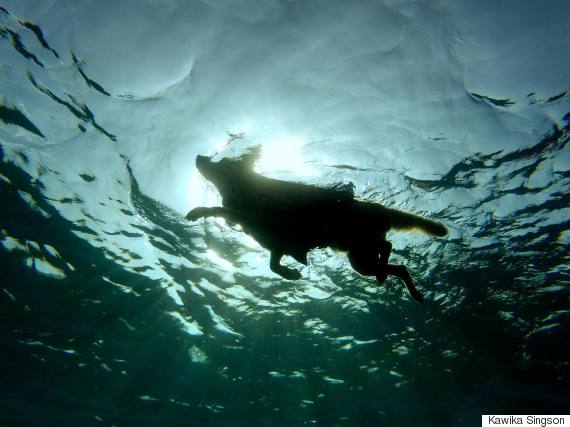 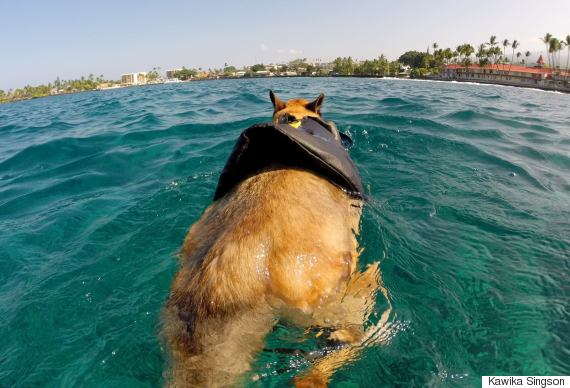 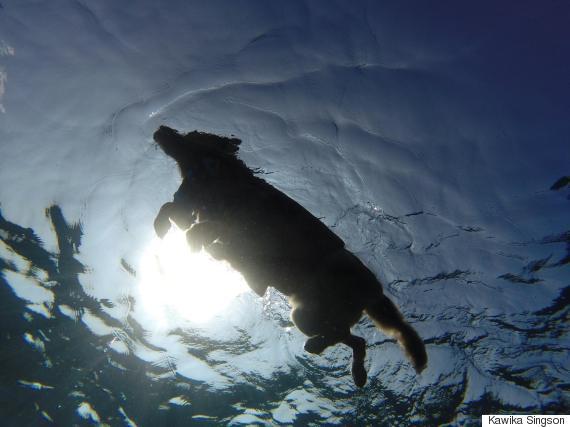 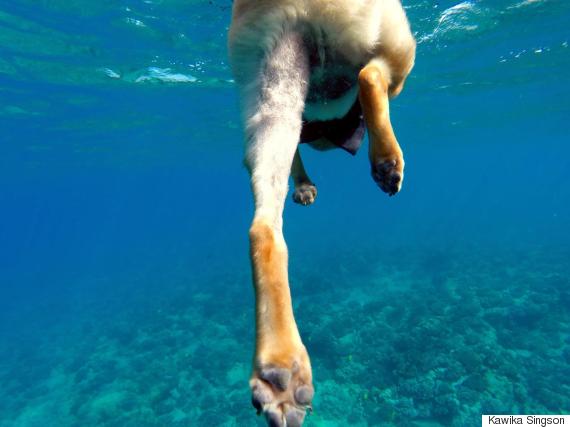