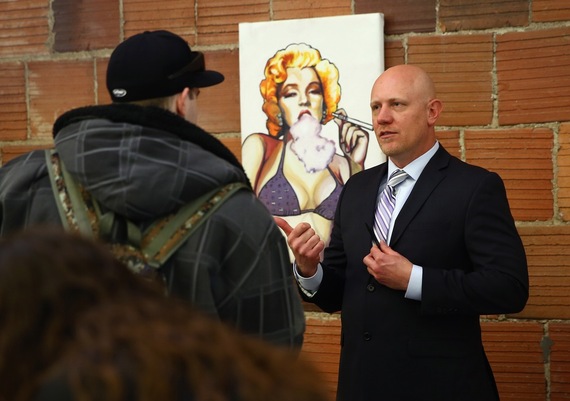 Weed has gone legit. Gone are the days of seedy back-alley deals and surreptitious deliveries. (Unless -- do you know a guy?) As legalization expands, clandestine dealers are being replaced by respectable mom-and-pop shops, glossy grow-ops, and tourist-friendly "weederies." To solidify its position, the industry is looking to hire a crop of new young professionals. But it will make those hires on just one condition: They have to take this job -- deep breath now -- actually quite seriously.

As the chief talent officer at Viridian Staffing, a recruiting company for the cannabis industry, Kara Bradford is well aware of what people may think they're getting into by seeking a job in marijuana, but she's here to dispel the perception it's all blunts and bongs. The budding (snort) weed industry, Bradford insists, is a network of startups, where flexibility and a capacity for hard work are valued above all else. Before her talks at the Cannabis Collaborative Conference in Portland this week, she talked to Inverse about budtending, the importance of having a green thumb, and why it shouldn't matter if you can't roll a joint. (You can exhale now.)

What kind of jobs are available?

For a grow operation -- whether it be a warehouse, greenhouse, or outdoor grow operation, where you would have traditional agricultural workers -- anything from trimmers to day laborers, to principal-level growers. Then you have the retail side, which is very similar to any retail industry. You have store managers; in this industry retail clerks are called "budtenders" or educational consultants, depending on where you are at in the state or in which state that you're in.

In states where medical marijuana is legal, when you're going in as a patient, budtenders are generally called education consultants, because they've done a lot of research and study in different case studies with other people. If someone has cancer, they are able to say this particular strain or this particular THC level will be very helpful with this particular patient. They can't prescribe, per se, but they can talk about other case studies where it was helpful for other patients. 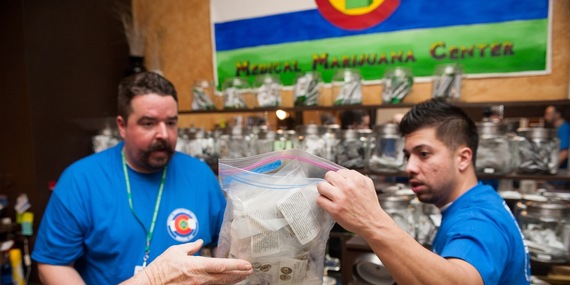 It's obvious that a lot of these jobs require specialized knowledge. Does the industry prefer certain types of credentials?

Honestly, it depends on the specific business. I have some companies that want someone with direct cannabis knowledge -- they want someone who has maybe been a grower before. And then I have other businesses that really want someone with a strong retail background and exceptional customer service skills, from working retail for places like the Apple Store or a pharmacy. So it really is all across the board. There are some educational schools in the cannabis industry that offer budtending courses and such. Individuals should really want to do the research and make sure they're going through a program, just like you and I would do our research before deciding to go to, say, New York University. I would just recommend that anyone looking to go through those programs do their research and make sure it's a good program for them.

Obviously, some people going into the marijuana industry may not be inclined to treat it seriously, given its connotations. Is this what you're seeing?

It can vary. Seriously. I've talked to people that have been vice presidents of Fortune 100 companies that are interested in coming into the industry. Professionals from every industry that you can imagine are looking to transfer those skills into this industry. Then there are people who have been in this industry for a long time that bring in that skill set and knowledge about the plant. They are also quite thankful to be taken seriously now. The work that they are doing and have been doing for quite some time is being respected for what it is; like farmers using equipment -- sometimes equipment that costs over $50,000 -- to extract oil from the plant that will go to a child and help them with epilepsy. So, it's definitely being taken very seriously by employees.

How do you impress a recruiter in the marijuana industry?

Honestly, it's like any other industry. Someone who is hard-working and knows and understands that this industry is always changing -- there's a lot of ambiguity. Someone who has gone out and gotten experience in other industries, or this industry, and has really worked hard and proven themselves. It's not an industry that you can just come into and typically perform one job function. There's not a lot of room for egos. You're definitely managing and juggling many hats. Most of these companies are startups, so anyone with startup experience and knows what it's like to work in one is also great. Someone who's worked for big companies for five, 10, 15, 20 years and is able to bring that in is also very impressive.

How many hats should people prepare to juggle?

So, if you get the position of a grower, which is the most popular position, you may also need trimming skills. You may also help with processing, pruning, drying and curing. Then you may hop over onto the line and help with rolling joints. After all that's done, you may end up running the extraction machine. Then you become the janitor at night. You have to be willing to roll up your sleeves and do what it takes to help the company succeed.

Most companies are running pretty lean and mean, so, again -- going back to many hats -- a grower could then turn out to be doing sales and then they may end up running the social media campaign and making sure Instagram is always updated. You never know! It really is to get in there and make sure the company is set up for success. 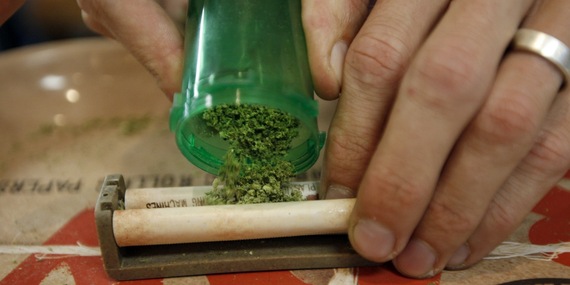 If I were to come in and interview, but I didn't know how to roll a joint, would that be a deal-breaker?

People in this industry are very welcoming and open and if you don't know how to do something, they'll train you. So as long as you pick up on things quickly and you don't mind repetitive things, then I think it wouldn't be a deal-breaker.

There are so many networking events. So if someone doesn't know, they can definitely start going and networking and learning. In this last seven days, our company has spoken at five or six different events. So there's a lot of opportunity to get out there and educate yourself about the industry.

For the next year or two, could you predict what sorts of jobs are going to be most available or in demand?

There are a lot of people that want to grow, so I think you're going to see a lot of the growers looking for people to come in and help them with the business side of things. There's probably going to be a large demand for horticulturists or agronomists -- people that have maybe been growing tomatoes or flowers or other plants -- to come into this industry and bring their knowledge, specifically those horticulturists that have been focusing on greenhouse grow operations and other fruits and vegetables and flowers. If you have a green thumb and you like to grow tomatoes, it might be a good fit for you to come over!

How lucrative is this industry? Could I make a living off of it?

I will say that a lot of the positions are not able to pay quite yet what you would make in other industries, but that would be relative to developed companies in other industries. You have to keep in mind that all of these companies are startups, and startups in any industry are not able to pay what very developed companies like General Electric can. If you're starting your own goods company, you're not going to be able to pay people what Nestle is able to. The salaries will get there as companies start to grow. But right now, they're all startups. Most companies in this industry are only a few years old. We've only been around since 2013 and people call us veterans [laughter].

So it's less about the money than it is about wanting to be a part of the industry.

Any final words of advice for our budding marijuana professionals?

If they do have cannabis industry experience, make sure that is on their résumé. It is absolutely OK for them to have two résumés, but as they're submitting a résumé to companies in the cannabis industry or to us, they should put their cannabis experience on there. It's OK if they don't! But it's fantastic for us to see that on there.