Does it sometimes seem that dinosaurs were competing with each other to see who could look the wackiest? If so, there's a new contender on the block: Nasutoceratops, which means, in Latin, "big-nose horned-face." As the name implies, the 5-meter-long dino had a giant schnoz and some sharp curved horns above it measuring nearly a meter long. Nasutoceratops, a distant relative of the famed Triceratops, was recently discovered by paleontologists digging in Utah's Grand Staircase-Escalante National Monument. 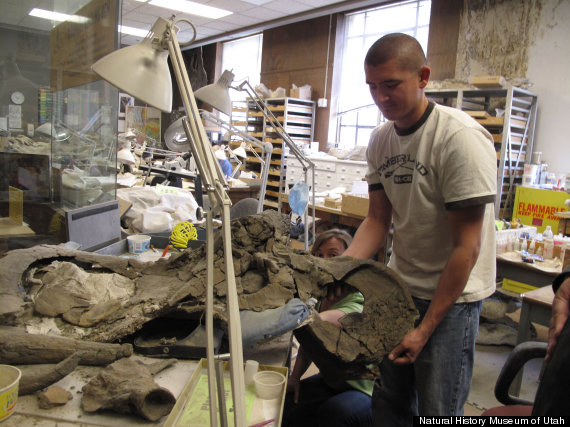 Skull being prepared by Eric Lund.

As the team reports online today in the Proceedings of the Royal Society B, the creature lived about 76 million years ago in a swampy, subtropical region that geologists call Laramidia, which was formed when an inland sea filled the center of North America and divided it into two halves. The researchers point out that the dino's nose wasn't used for smelling; the scent organs of horned dinosaurs were further back in their heads, next to the brain. So why such a big honker? The researchers don't know, although they suggest that the elaborate horns might have been used to attract females and fend off competing males. 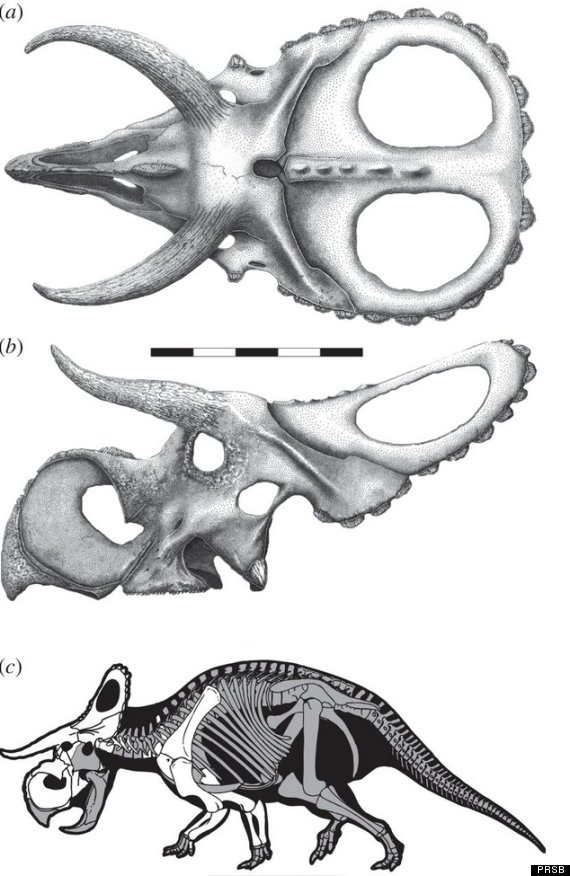 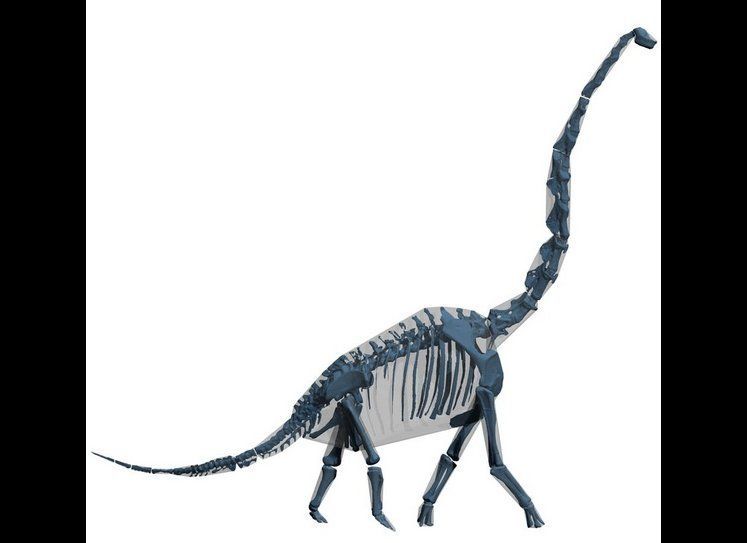