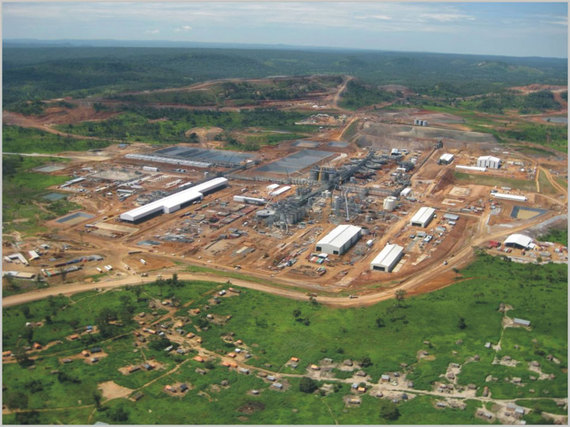 A copper mine in southeastern Democratic Republic of Congo. (Photo: FreeportMcMoRan)

All over the world, politically active citizens and grass roots organizations are surely disappointed that the U.S. oil industry has for more than 4 years successfully delayed a vital new American law that should already be requiring oil and mining companies to stop concealing their payments to foreign politicians and governments. Publish What You Pay -- the official name is Section 1504 of the 2010 Dodd-Frank Act -- was supposed to come into effect by April 2011. But Big Oil slowed the new transparency law, abetted by a less than enthusiastic U.S. Securities and Exchange Commission, which is only now moving to produce the final regulations after a stinging rebuke from a Federal judge in Boston.

Among the most disappointed at the long delay to put Publish What You Pay into effect would be the courageous journalists in the frontier mining town of Fungurume, in the southeast Democratic Republic of Congo, who I met a few years ago. You might not expect Fungurume to have a functioning Journalists Association with 60 members. Only one weekly newpaper circulates there, and the poor copper miners cannot afford it. But the area does have cellphone coverage, and Jean-Pierre Mwamba, a leading member of the Association, uses his mini tape recorder and his flip phone to prepare reports for community radio stations across the region. Mwamba has to play a cat-and-mouse game with the local branch of the National Information Agency, the euphemism for the DR Congo's spy network, and he has been arrested several times. "But I still get my work on the air," he told me. "And sometimes I can get carried by Radio Okapi, a national network." He described his maneuverings with the wicked conspiratorial grin that is characteristic of journalists the world over when they recount their success at afflicting the comfortable.

Mwamba and his colleagues in the Global South can increase their investigations once Publish What You Pay finally goes into effect. The law, also known as Cardin-Lugar amendment after its co-sponsors, directs some 1100 oil and mining companies that are publicly listed in the United States to disclose what they are paying governments everywhere. The measure is vital because the only way many nations in the Global South will be able to grow is by exporting oil and minerals. An Oxfam America study earlier this year estimated that in the five years since Cardin-Lugar supposedly became law, more than $1.5 trillion worth of oil alone has been pumped out of developing countries, but much of that money is still being paid secretly because of the delay. Once Publish What You Pay goes into effect, the Fungurume Journalists' Association and their counterparts across the DR Congo will be able to inform their listeners just how much international mining corporations, oil giants and others have paid, and to whom. Congolese citizens will then be able to contrast the large and growing royalty payments with their potholed dirt roads and their barely functioning health clinics and hospitals, and possibly start demanding change in upcoming elections.

The American Petroleum Institute filed suit against the new law as soon as it passed in 2010, although several oil enterprises, including the Norwegian state company Statoil and Tullow, an Anglo-Irish concern, are already complying with the transparency requirement with no damage to their business. Big Oil's obstructionism was no surprise, but more ominously, the Securities and Exchange Commission is also suspected of dragging its feet. SEC-watchers in Washington do recognize that the passage of Dodd-Frank greatly increased the agency's workload, and that the Republican Congress deliberately did not provide it with more resources. But the watchers, who are anonymous because they have pending business before the agency, also think that a lack of zeal and even outright hostility to the transparency measure among top SEC officials also explains the more than 4-year delay.

On September 2, a federal judge in Boston had enough. In response to a lawsuit brought by Oxfam America, judge Denise J. Casper ordered the SEC to start moving, stating bluntly that the agency had "unlawfully withheld" the final rule. The SEC has now promised to issue draft regulations by the end of this year, and to adopt the final version by June 2016. Ian Gary, a senior policy manager at Oxfam America who has been active in the long campaign for openness, points out that stockholders in oil and mining companies should also favor disclosure. "Trillions of dollars are at stake, but limited or no transparency has prevented investors and interested citizens from following the money," he says.

Publish What You Pay is not a panacea. People who live in the worst petro-dictatorships, places like Equatorial Guinea and Angola, do not need precise figures to know that a handful of high government officials are fabulously rich while the ordinary people are still poor, and that journalists who try and speak out risk their freedom and even their lives. At the very least, though, citizens and investors elsewhere will be reminded who exactly is paying these billionaire criminals to stay in power. ExxonMobil is the biggest oil exporter from Equatorial Guinea. Chevron is in first place in Angola.

Independent writer who has reported from Africa, Latin America and Asia for 40 years.