As I was brushing my two-year-old daughter's hair recently, it became very clear to me: I have major hair envy. Her long, soft locks float down her back, swinging back and forth while she walks. The perfect shade of blonde, and poker straight, her hair is the polar opposite of mine. While she lucked out in the hair department, I sadly was cursed with not one unfortunate hair trait, but two. Not only is my hair red, but it's also curly. And thick. Just call me Big Red.

On a good hair day when the frizz is tamed and the curls form just right, I'm a walking throwback to Julia Roberts in Pretty Woman. On trend in 1991. Not so much in 2015. Working in the field of fashion doesn't help either. The industry that promotes unrealistic beauty standards, which unfortunately includes what is considered "good" hair. Today, it's straight, shiny, and either brunette or blonde. Certainly not big, red, and curly. Oh, if only it were still the '80s. A time when people paid big bucks to get hair like mine. I could have saved a lot of money.

Having red hair also means that I wear a lot of blue. And green. Why? Because not many other colors go with red. Sure, there's browns and tans that typically compliment the warm undertones many redheads have. But actual color -- that's different. While my blonde and brunette friends can wear any color under the rainbow, my fiery tresses clash with most. So when everyone's sporting their red or pink outfits on Valentine's Day, you won't see me donning those colors. No thanks. Red accompanies me every day of my life, so the last color I would ever wear is red. 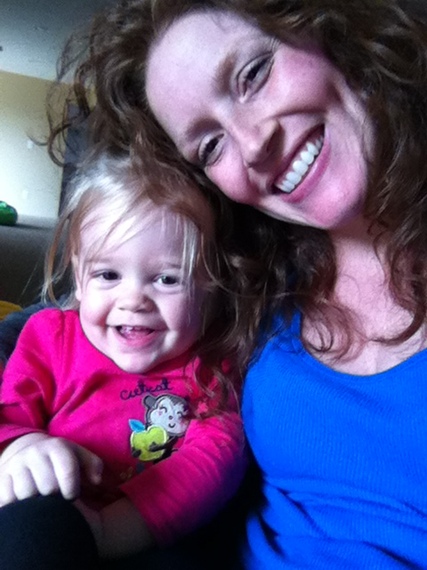 High school and college, when trying to fit in is of the utmost importance, were the worst years between me and my hair. Who knew that so many nicknames for redheads existed. Ginger, Carrot Top -- I've heard them all. It was during that time though when new discoveries allowed for subtle changes. Red hair's not so bad with heavy blonde highlights. Turns out, however, than red hair is super hard to dye, so the bleach that had to be used to achieve those cookie-cutter highlights actually just damaged my hair even more. Red's also not so bad if it's straight. Many a morning did I spend running that flat iron through my curls in attempt to replicate the on-trend styles of my friends.

Fast forward to today. As a full-time working mom of two, I hardly have time in the mornings to wash my hair let alone straighten it. Sitting in the hair salon for two hours getting highlights? Ha! But turns out it's not just the lack of time as a busy mom that's ushered in these changes. As I've gotten older and left those teenage social pressures behind, my hair and I have come to a truce.

Since becoming a mom, particularly, I've been able to appreciate my hair for new reasons. Two that top the list: I got my hair from my mom, and I gave it to my (second) daughter. The three of us make up part of very small 1-2 percent of the global population that has red hair. And we redheads are also in pretty good company. Besides the aforementioned Julia Roberts, we've also got Queen Elizabeth I, Bonnie Raitt, Grace Coddington, and even Ariel the mermaid. Men too: Prince Harry, Conan O'Brien, Ron Weasley. 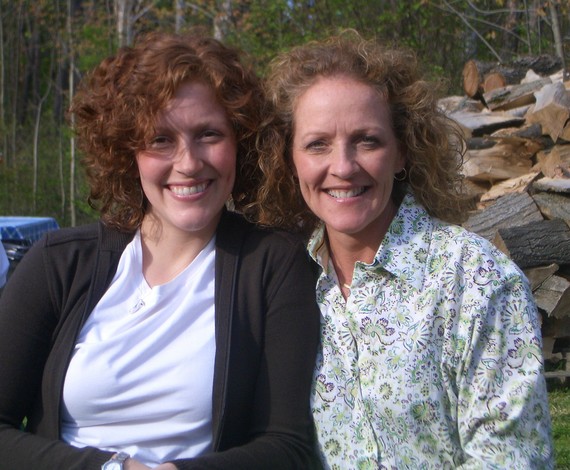 Having red hair comes with its pitfalls and perks. For instance, we might have a lower tolerance for physical pain, but we're less likely to get gray hair as we age. Along with our fiery locks comes a fiery temperament (Hell hath no fury like a ginger scorned!). But our dispositions can't be all that bad since there's entire functions dedicated to us. That's right! The Netherlands celebrates Redhead Day each year in September, and Ireland holds its Irish Redhead Convention in August. I haven't heard of other hair colors being celebrated quite like this. Maybe being a redhead's not so bad after all.

Still, there's days when I have hair envy. When I recently told my friend that I loved her hair and wished I could style mine that way, her response surprised me. "My hair?" she said. "Everyone has this boring hair. I'd kill for your hair!" I guess the saying is true: You always want what you don't have. Even someone else's hair.

In the grand scheme of life, I know that hair color and texture ranks pretty low on the significance ladder. Nonetheless, I'm sure that my red curls and I will continue to do battle for many years to come. Ultimately, however, I will stick to this motto: In a world where everyone's striving to fit in, there's something refreshing about being a little different. Gingers unite!