"Bartolo has done it! The impossible has happened!"

If you're a Mets fan, a baseball fan, a sports fan, a fan of fellow dudes in their 40s still playing sports with gusto and swagger, or just anyone who is not cynical, miserable or self-loathing, Philadelphia sports fans I am referencing you, you are most likely still smiling and possibly cheering over Mets pitcher, Bartolo Colon, aka Big Sexy, hitting his first professional home run at the age of 42.

In 1969, another Mets pitcher, Tom Seaver, a young man in the midst of just his third year in his eventual Hall of Fame career, still young enough to have more guts than savvy, and more heart than fear, declared:

"If the Mets can win the World Series, the United States can get out of Vietnam."

As the Mets did the impossible and became World Champions, President Nixon continued his secret bombings of Cambodia and Laos and escalated the bombing of Vietnam. By the time Nixon, Kissinger, Abrams, et. al admitted the war in Vietnam could not be won millions more men, women and children had been killed and wounded, countless families shattered, and an entire eco-system destroyed. The Killing Fields in Cambodia were set to begin and half the Cambodian population would be murdered.*

As with our veterans of Vietnam here at home, the war still goes on in that far away land. Meant to destroy lives decades ago, bombs and landmines today kill or maim an estimated 1,000 people each year, many of them born after the war ended. And the Rainbow Herbicides with which we soaked and saturated the Vietnamese fields, mountains, rivers, lakes, jungles, crops, livestock, schools, temples, churches and homes? The Vietnamese Red Cross estimates almost 5 million people were exposed to the 20 million gallons of chemicals dispersed aerially over 5 million acres, it was, after all, the largest chemical weapons program in history. Estimates are 1 million people are currently living their lives disabled in South East Asia because of the chemicals sprayed over four decades ago, and that includes 100,000 children. Those children, monstrously deformed, are still being born today. Read and look here and, when your eyes are dry and your stomach settled, please visit Project Renew and the Vietnam Agent Orange Relief & Responsibility Campaign to help, and then call your members of Congress and tell them to support Barbara Lee's H.R. 2114.

Not long before Tom Seaver contravened conventional and accepted sports and political wisdom another New York sports legend, Joe Namath, famously predicted his New York Jets would defeat Johnny Unitas and the Baltimore Colts. David and Goliath never played out so theatrically and athletically as Namath, and his long hair and sideburns, made good on his guarantee of victory - the folks in Charm City had it tough in 1969. Of course, the cultural significance of Namath's boast and win is not lost on anyone with a knowledge of 1960/70s American societal upheaval and by comparing side by side photos of Broadway Joe and Johnny U. 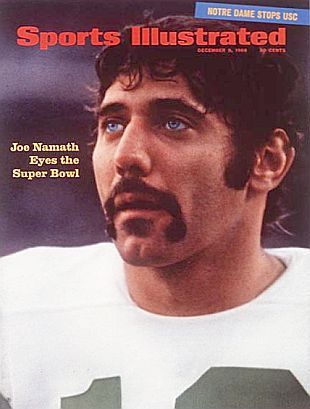 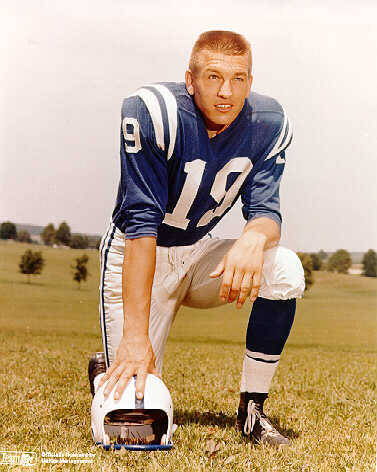 From those who know: those in uniform with tin medals; those in residence at Langley, at Foggy Bottom, or in a think tank office paid for by defense industry dollars; and those on the campaign trail who, craven, wicked and desperate, are happy to wave the Bloody Shirt, we hear, with endless certitude and authority, that we can't get out of the Middle East, we can't get out of war, we can't, we can't...What happens if we don't?

I am certain, the answer to that is, simply, more death, including here in the US, more suffering, more shattered families, a poisoned world, and, eventually, the end of man.

We can put an end to our wars and we must put an end to our wars. It is possible. We can choose not to aid dictatorships that repress their own people, monarchies that fund terror and massacre neighbors, or democracies that wantonly commit war crimes. We can not send troops and cash to prop up governments that hold fraudulent elections and which are composed of war and drug lords, and we can stop invading and bombing countries like Iraq and Libya. Additionally, we can stop shipping weapons from one war zone to another war zone, and we can stop trying to use terrorist groups, the very terrorist groups our invasions create, to achieve our political objectives. We could even stop being the planet's largest arms merchant. We may say we want peace and stability, but it's hard to demonstrate such when we sell the world the implements and ingredients that go into so much chaos, suffering and death.

In 2003 a majority in our Congress and our President thought invading Iraq had to be done. They were wrong. In 2009 a majority in our Congress and our President believed escalating the war in Afghanistan had to happen. They were wrong then too. More recently it has been a disbelief in a nuclear weapons deal with Iran and a cease fire in Ukraine. In both cases, majorities in Congress favored war with Iran and potentially war in Europe over talking with either the Iranians or the Russians. Well, today, we have a nuclear agreement with the Iranians, which the Iranian people endorsed, and there has been a cease fire in Ukraine that, while shaky, has held and has brought levels of violence down quite dramatically over the last 15 months (I am not linking to any polls to prove Ukrainians are happy their family members and neighbors have stopped being killed, although we have people, appropriately referred to as chickenhawks, war profiteers and psychopaths, in Washington, DC who would argue otherwise...).

What if we tried for peace? What if we empowered diplomacy and strengthened our role in constructive engagement, forgetting the boundaries, the ideologies and the allegiances of the past? What if we pursued policies of reconciliation among religions, ethnicities and sects, rather than trying to manipulate them to turn maps the colors and shades we want them? And what if we prioritized our problems at home, worked to rebuild our country and fixed our own democracy? I know, I know, I know, that's silly, that's trite, that's naive....that's impossible...Such thoughts and ideas, based on the realities of American foreign and military policy failures and rooted in morality and principle, aren't allowed in Presidential Debates or in Republican or Democratic party platforms.

It appears that no matter who we elect in November our devotion to militarism, measured in trillions of dollars, and interventionist adventurism, measured in millions of dead and mutilated people, will not change, but will continue because to do otherwise is deemed impossible by our ruling political class.

The possibility of peace will not occur unless we force it to occur, until then, we might as well just watch Bart defy the impossible. This time en espanol.

*For more information on the petty fear and lies that motivated the Eisenhower, Kennedy, Johnson and Nixon administrations to begin, escalate and prolong the war in Vietnam please read Frederik Logevall's Embers of War, David Halberstam's The Best and the Brightest, and Neil Sheehan's A Bright Shining Lie. Not only do these books illustrate the malfeasance that dominated American policy making in the 50s, 60s and 70s, but they illuminate and illustrate the same gross failures, incompetencies and deceits of American foreign policy decision makers in our current century.