Reeling in a fish is a lot tougher than it sounds. The line could snap, you might lose your grip on the pole and you have to worry about the competition ― from other sea creatures, that is.

A man who caught a small shark while fishing on a pier in Jacksonville, Florida, learned this the hard way when a big shark showed up and chowed down on his catch.

In a Facebook video uploaded by user Darrell Ruger on Saturday, a group of fisherman can be seen enjoying a sunny day on the pier. “Looks like somebody’s got something big over here,” Ruger narrates before walking over to investigate.

As the man attempts to reel in the smaller shark, a dark silhouette appears in the water below.

“There’s a bigger shark right there,” you can hear someone say in the video. “He’s gonna eat that little shark,” another bystander says.

Seconds later, the large shark lunges from the water and bites down on the fisherman’s catch, sending the group of onlookers into a frenzy.

After briefly thrashing, the big shark swims out of view, presumably satisfied.

Ruger’s Facebook video has more than 300,000 views and counting. 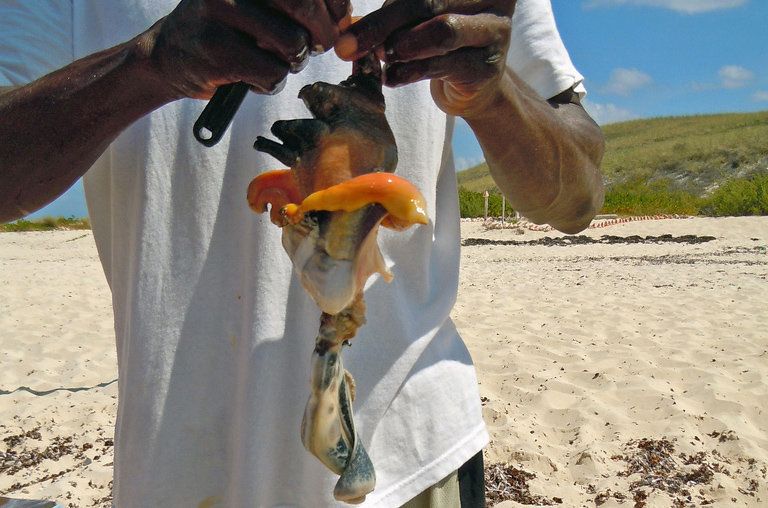 1 / 12
Conch
Hope you enjoyed those conch fritters! We won't be surprised if you decide to never eat them again. (But you should, because it's just so good.) In the Bahamas, conch is the country's main dish -- they even <a href="http://www.youtube.com/watch?v=InJxIgz20V4" target="_blank">eat the worm</a>. It is most often eaten raw in salads or as conch fritters.
Flickr: joelogon