Even while enduring the Polar Vortexes and complaining about the bitter cold several months ago, I knew there would soon come a day where we would be cursing the heat. 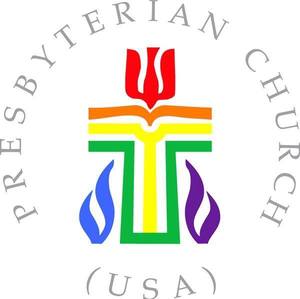 That day came last week for me while I was in the city of Detroit. I was attending the General Assembly of the Presbyterian Church (U.S.) and by the time I made the early morning walk from the Corktown Inn to the convention center, I was sweating.

The big controversy of the General Assembly was of course, gay marriage, or at least it was supposed to be.

Two years ago the focus was on gay ordination. For months leading up to last week's event, people in the denomination talked about how any big move toward accepting gay marriage would cause a split in the denomination and escalate the decline in membership. The issue of sexual orientation and inclusiveness has distorted the church's focus, identity and unity (and I dare say relevance) for years. Despite all of the victories and support that gay marriage has received of late -- state referendums, court decisions -- the Presbyterians were still considering the issue.

The question, as many of us saw it, wasn't so much whether the church would approve gay marriage. That decision has already been decided by the courts. The real question is about the church being able to regain its legitimacy in a culture that is increasingly weary and dismissive.

But the odd thing is that the big "controversy" never really materialized. The debate was not fierce and the votes were not close as the assembly approved a minster's ability to perform same gender marriages (in states where they are legal) and to change the Book of Order's definition of marriage from man and woman to two people.

Many, me included, were surprised. I had been dreading General Assembly, the same way one dreads a family reunion that is sure to be contentious and cantankerous. But it wasn't. Instead, our time together was filled with inspiring preaching, civil conversations and peaceful meals. The shift was on.

So what happened in Detroit and to the Presbyterian Church last week? How was this faith community able to move from a place where just two years ago the newly elected vice moderator was forced out when it came to light that she had officiated at a same-sex marriage?

1) There are Different Ways to Define Unity

We were worried that if GA approved same-gender marriage, then the church would split. Already in steep decline, many in the church advised us to not rock the boat too much. But a funny thing happened on the way to Detroit. Church unity became more about including brothers and sisters from the LGBTQ community and less about holding the denomination together. Despite dire predictions of denominational decline, the assembly chose not to act out of fear but out of hope.

For years, vocal and active Presbyterians have sought to include LGBTQ individuals in full communion with the church. More Light, Covenant Network, That All May Freely Serve, and Presbyterian Welcome all worked with allies to encourage the church in the direction of accepting, welcoming and including all people regardless of their sexual orientation. Activists and theologians like Lisa Largess, Mieke Vandersall, Michael Adee, Janie Spahr, Margaret Aymer and Stacy Johnson have persistently and passionately proclaimed and educated about this issue of inclusion. Their faithful witness was a testament to reforming the church from within. I hope that others will learn from their courageous leadership and their enduring service.

3) Claiming Biblical Authority, Not Rejecting It

The people who made this decision did it based on their interpretation of the Bible as a living word, made flesh, which remains an ever-present force of strength, grace and love.

General Assembly was a collection of faithful Christians, committed to their reformed tradition. This action was not a decision based on giving up Biblical authority and giving in to a new cultural norm. It was about diminishing the rigid prescriptions of Leviticus Law and lifting up the transforming power of the Gospel. Anyone interested in understanding this claim should read the chapter on homosexuality and the Bible in Peter Gomes's The Good Book.

What did the Methodists have to do with turning the tide of the acceptance of gay marriage by Presbyterians? Three words: Rev. Frank Schaefer. You may recall that he was defrocked for officiating at the wedding of his gay son -- a painful saga to watch play out in the national press. Schaefer was reinstated just this week. I believe many Presbyterians who were on the fence about approving clergy to officiate same-sex marriages witnessed this unfold and said, "Oh no, let's not do that." We wanted to avoid a collision between our conscience and our polity. This is one of those times when we learn from our ecumenical partners.

There are so many more pressing justice concerns that need our attention! Ending gun violence, sex trafficking, global warming and on and on. It is time to submerge ourselves in the issues of injustice that plague our society, for it is there we will find a sense of hope, possibility and joy.

When the vote occurred and the overtures were passed (overwhelmingly), my iPhone went crazy. News flashes from The New York Times popped onto my screen. Texts and phone calls came in from around the country reporting on the vote. I was surprised by all the attention.

Why did people care what a bunch of Presbyterians were doing in Detroit?

The church's prohibition against the LGBTQ community was, in a word, devastating. But I didn't think it mattered what the church did. I know many gay people who identify themselves as Presbyterians and many more who have no interest in the church. The reaction to last week's decision taught me that for the LGBTQ community, both within and outside the church, it matters when a historic institution aligns itself on the side of the scorned and oppressed.

My convention badge had a tag at the bottom that said 'observer', which meant that I had no official duties at the event. But I am anything but an observer; I was born into the church. I knew that the law of the church had kept gay people out, and that the new laws welcomed them in. What I didn't know was how far removed I had become and how much it meant to be reunited. How much the church's insistence on not being opening and affirming had left me dismissive. The church was not only excluding gay people and running off my children, it had lost me as well. I didn't realize it until I wanted back in. Last week that barrier melted away.

Now about that heat: Time for the church to take a stand on climate change. Bill McKibben, we're on our way.