Coming to a town near you: The body of a Bigfoot, aka Sasquatch, killed by hunter Rick Dyer in Texas back in 2012. Dyer will also release the results of DNA testing on the large, hairy body that confirms the reality of Bigfoot.

OK, hold on, back up, take a deep breath here. We realize the words "alleged" and "allegedly" don't appear anywhere in that first paragraph, and well they should.

Part of the problem of reporting stories dealing with Bigfoot or other large, unexplained creatures (like lake monsters), or UFOs, or alien visitation to Earth is the credibility underpinning these tales, combined with how mainstream media presents them to the public.

In early January, The Huffington Post published the story about Dyer's claim of having shot and killed an alleged Bigfoot on the outskirts of San Antonio.

At the time HuffPost offered that story, so did other media outlets, including the New York Daily News, describing how Dyer had baited the creature with $200 worth of ribs before he shot and killed it.

Fast forward to the present, where Dyer has just released more images of his Bigfoot, with plans to take the body on a national tour along with the promised release of DNA evidence that supposedly proves this creature is a previously unknown species.

But the Daily News version has changed a bit over the past few weeks. Part of its new secondary headline (as well as the story text) declares that "Dyer said he killed an adult and adolescent Bigfoot." Really? The Daily News story has now morphed to include two dead creatures.

But that's not what happened, and not even claimed by Dyer in his own website account of the creature shooting.

So, where did the Daily News get its new information about Dyer killing two creatures instead of one?

It looks like the writer of both those stories mixed up the "facts." In between the first Dyer story and the newer one, another Bigfoot-related item appeared in the news. Spike TV's "10 Million Dollar Bigfoot Bounty" series premiered on Jan. 10, and wouldn't you know -- one of that show's 18 Bigfoot hunters, Justin Smeja, claimed that he killed an adult and young Bigfoot (or Bigfeet?) in 2010.

All that we know for sure is that someone claimed to kill two of the legendary animals, and it probably wasn't Dyer, who already has a dubious background from his involvement in 2008 with a Bigfoot hoax that turned out to be a rubber ape costume.

"Yes, I played a hoax, and I take full responsibility for it," Dyer told Esquire.com. "I did the hoax and ever since then, I have been a Bigfoot tracker."

Dyer claims that, on Feb. 9, he'll finally reveal the medical results of testing by scientists from a university. But he's not saying which university at this point.

"They dissected the body. The heart and lungs will be on display at the medical press conference. I love the controversy because people think, 'Oh, this is just another dumb country boy hoax,' but what they're looking at is a real Bigfoot. On Feb. 9, we're going to unveil the medical results. And then on the 28th, we're going to do an international press conference."

We can't wait to see how the public will respond to Dyer's Bigfoot body tour and how the scientific world will weigh in on his alleged DNA evidence.

Dead Bigfoot Or Rubber Costume? (YOU DECIDE)
Bigfoot 'Hank': From Clay To Display 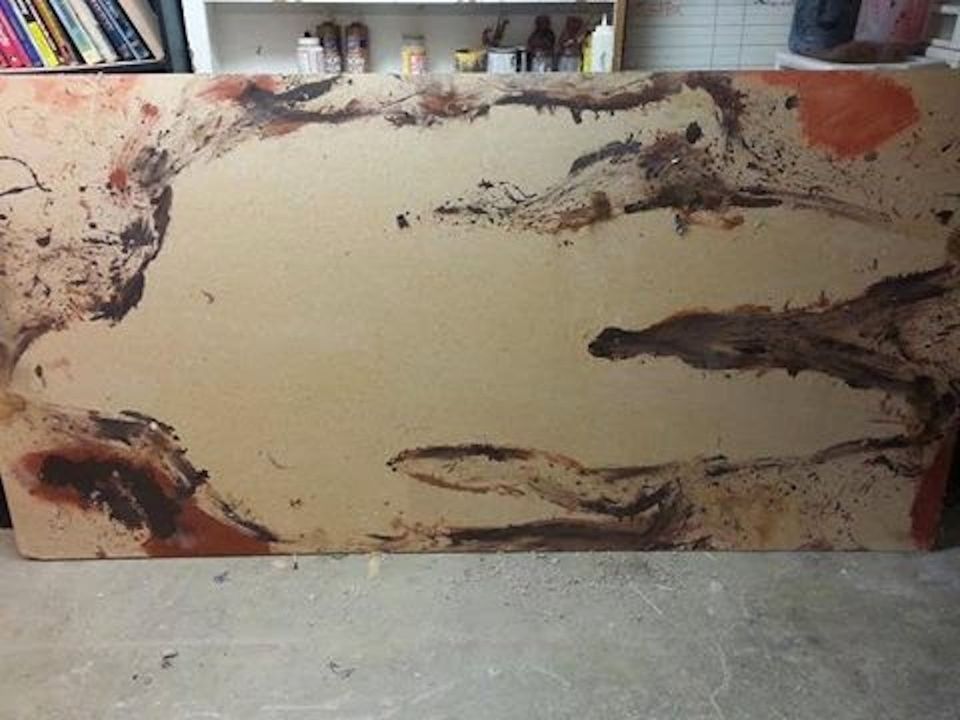 1 / 9
Bigfoot Hank's Building Board
This is the table board on which Chris Russell created Hank the Bigfoot, which later went on tour with Rick Dyer, as he claimed this was a real creature.
Chris Russell / twistedtoybox.net

Dead Bigfoot Or Rubber Costume? (YOU DECIDE)
The Legend of Bigfoot Continues