A video has emerged with claims that it shows a large, hairy figure walking swiftly through a snowy, wooded area in Russia. Key details about the incident are missing. But the visuals are remarkable.

According to Mirror online, some Russian adventurers went in search of the elusive Yeti -- that's what many call Bigfoot in Russia -- after reports of creature sightings emerged from a remote region of the southwestern Adygea Republic in the foothills of the Caucasus Mountains. The map below shows Adygea's capital city of Maykop. 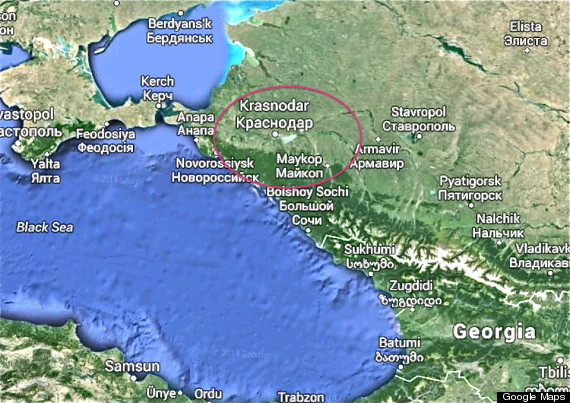 The research team spoke to local residents who said they saw the unusual animal.

The Daily Mail reports that one eyewitness, Ludmila Hristoforova, told a local television station, "The creature was big, looking like a bear, but not a bear. From the door we've seen something big and shaggy."

Another resident, Andrei Kazaryan (who Mysterious Universe suggests was one of the investigators), said, "I heard footsteps and we were pretty sure there was no one else around because we knew for sure everyone else was inside the house. Although we didn't see anyone, we saw its huge footprints."

The researchers claimed they captured that video footage -- seen above -- of the hairy Yeti. They also made a plaster cast of a large footprint found in the snow.

Both the video footage and the footprint cast are now reportedly in the hands of local scientists. Oddly, the names have not been revealed of those scientists or of the original researchers who say they took the video.

This story brings up other dubious questions:

This story is hot on the heels of two other Bigfoot tales we've reported on so far in January, including one that set off a huge controversy about a reported Skunk Ape photographed in Tampa, Florida.

There was also the one about how the Arizona Department of Transportation posted an image on its Facebook page, purporting to show "a family of Sasquatches" standing in snow next to a highway on Jan. 1. That turned out to be a little joke played on the public by Arizona state transportation officials.

We have a feeling 2015 hasn't seen the last of Bigfoot. 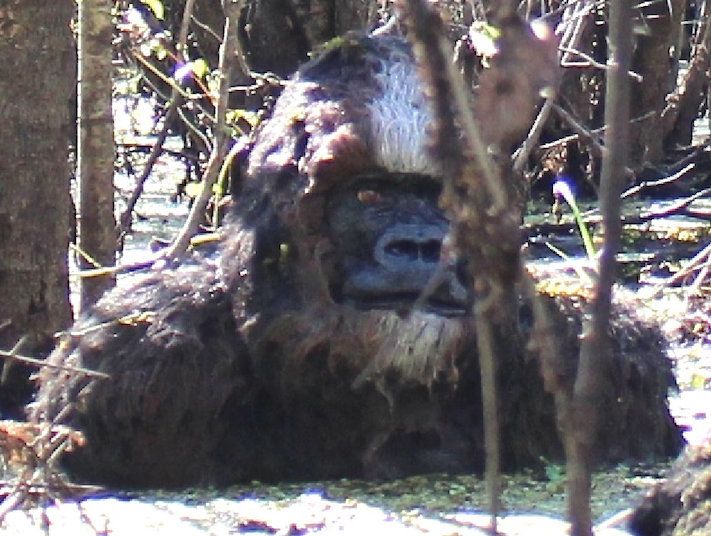 1 / 23
Florida Skunk Ape Lounging In A Swamp -- Jan. 2015
<a href="http://huff.to/1BsAODn" target="_blank">2015 kicked off with a story</a> from Tampa, Florida, fisherman John Rodriguez, who claimed that, on Dec. 26, 2014, he snapped this picture of Florida's version of Bigfoot: the elusive and alleged Skunk Ape. Naturally, this picture and Rodriguez's story generated huge controversy, with most folks declaring it a hoax.
John Rodriguez