A Page From Doctor Who

Pardon the geeky reference here, but if you happen to be a fan of the long running British Sci-Fi series "Doctor Who", you'll know he travels through space and time in the TARDIS, which looks like a blue telephone booth. But the first comment anyone makes when they see it is, "it's bigger on the inside". Well, that's pretty much the reaction to these new A7 and A7r cameras. They both use a full frame sensor, called that because they are the same size as a frame of 35mm film, measuring 36 mm x 24 mm. The most popular high end digital cameras,including Sony's NEX line use an APS-C sensor, . The APS-C sensor is 25.1 mm × 16.7 mm. The other popular format is micro four-thirds which is 18 mm × 13.5 mm. Okay, so what's the difference of a couple of millimeters here or there? When you start multiplying the area of the three sensors you see a huge difference. The full frame sensor has more than twice the area of the APS-C, three and a half times the area of the micro four-thirds. That means three times the light hitting that full frame sensor. And that's a major difference in the quality of the picture including things like better depth of field and lower signal to noise ratios. It also gives a photographer the ability to sharply focus the subject while de-focusing, or softening, everything else. 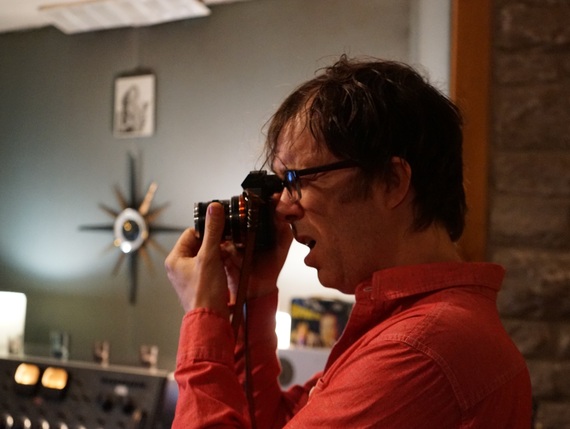 In bringing the A7 and A7r to market, Sony has solved a major technical challenge, that of creating a full frame camera that is both small and lightweight, specifically making the sensor big without making the rest of the camera big at the same time. I will admit I don't understand the engineering that made it happen. I do know that the A7 is only slightly larger and heavier than the top of the line NEX-7. Here's how the two camera bodies stack up

One of the ways Sony kept the system small was to maintain the "e-mount" lens system from the NEX line instead of the "a-mount" from the Alpha line. The e-mount makes it very easy to use inexpensive adapters for legacy lenses you may own from Canon, Nikon, and others. If you already own an NEX camera, you'll be able to use your existing e-mount lenses, but since those lenses were designed for the APS-C sensor, the image will be cropped. To take advantage of the full frame sensor Sony is introducing a new line of lenses called the FE series. Sony is initially introducing five lenses in the new series, partnering with Carl Zeiss. But these lenses are not cheap. The 24mm - 70mm lens comes in at just about $1200. The extremely sharp 55mm Zeiss lens is $1000. The 70-200 mm zoom lens, (which really needs a strong arm or a tripod) is expected to cost about $1600.

From the outside, the two cameras look almost identical. The A7 uses a 24 MP sensor; the A7r uses a 36 MP sensor. But with the full frame sensor, we didn't see that much difference between them. The A7 has a quicker auto-focus; the A7r offers a greater depth of field. The A7r has a surprisingly loud shutter. The A7r has no low pass filter, which means you get the full resolution that the sensor is capable of delivering. The low pass filter on the A7 means quicker focusing with a slight loss of resolution. But the two cameras are really aimed at different audiences. The A7 for the serious amateur, the A7r best suited for the true professional. After spending a day shooting with each, for my purposes, I preferred the A7. Bottom line is that these cameras are a true breakthrough in digital photo technology. They offer a level of quality at a price that was simply not available until now. Perhaps the best summation is to tweak the old Miller Lite commercial that said, "Great Taste, Less Filling" only in this case it's "Great Pictures, Less Bulk".