"The Biggest Loser" has faced a fair share of controversy for promoting what critics consider unhealthy and extreme weight loss. Now, a former contestant is speaking out about the way producers treated budding romances on her season.

Season three finalist of "The Biggest Loser," Kai Hibbard, spoke with Cracked and revealed some disturbing details about how the contestants were treated when the cameras weren't rolling -- and what producers chose to leave out of the TV show. 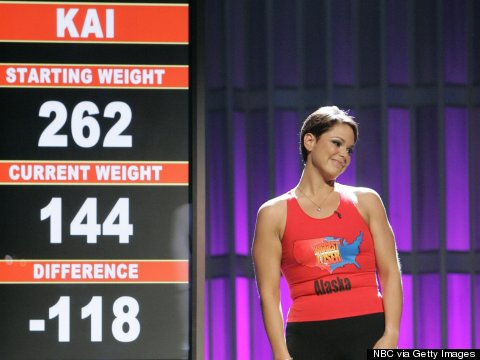 Kai Hibbard on season 3 of "The Biggest Loser."

Hibbard claims that while many romantic relationships started while the show was filming, producers edited them out until the contestants had lost an "acceptable" amount of weight. She told Cracked:

The Biggest Loser had romantic subplots that would build throughout the season, too, but the producers and editors made sure to Jim & Pam that shit as slowly as possible. Those "relationships" weren't allowed to bloom until both partners were skinny enough that their kisses were safe for a presumably very shallow audience that knows love only as something bedazzled on the butts of pretty girls' pink sweatpants.

And no, that wasn't because those couples were only down to clown once they were both skinny. Obese people like genitals and emotions as much as anybody else. It was just the cameramen's sacred duty to make sure as little of that got caught on film as possible. They'd straight up refuse to follow actual couples to catch a glimmer of real romance because, and this was their actual reasoning, "Who wants to see two obese people making out?"

The show, which came under considerable fire for promoting an unrealistic image of weight loss after the season 15 winner Rachel Frederickson appeared to have lost an unhealthy amount of weight, apparently shows disdain for its contestants in ways other than deeming them too fat to express affection.

As Hibbard told Cracked, the female contestants could only wear spandex shorts and a sports bra while working out. It wasn't until they lost a considerable amount of weight that they were allowed to wear a shirt. "Once we're skinny, we've 'earned' the right to wear a tank top and dress like a human being who might like to have sex someday," she said. 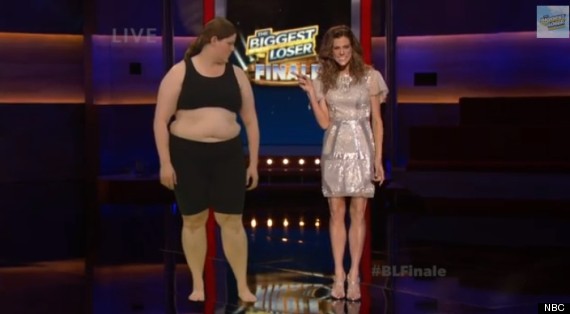 A screenshot from the "Biggest Loser" season 15 finale, which compared winner, Rachel Frederickson, on the right to a hologram of how she looked at the beginning of the show.

Hibbard also claims that the show's unrealistic depiction of major weight loss harms not only the contestants' well-being, but also many viewers' approach to healthy dieting. She told Cracked about a teenage fan who approached her during a talk she gave in Colorado:

[The fan] was desperate to emulate the weight loss results she saw on the show... Obviously her results weren't as drastic as ours had seemed to be. She didn't have careful editing and outright lies on her side. She was so crestfallen that she resorted to anorexia and bulimia. At one point she felt like such a failure that she tried to kill herself and wound up in the hospital.

It's becoming more and more apparent that what makes "The Biggest Loser" so entertaining is its body-shaming of contestants and, indirectly, viewers. Instead of watching people exercise until they puke, maybe flip the channel to the Kardashians. It's just as trashy and entertaining, but without all the fat discrimination.

To read about more of Kai Hibbard's "Biggest Loser" revelations, head over to Cracked.