A lot of college-hoops fans get really pumped up for March Madness.

Yet before NCAA-basketball acolytes begin filling out their brackets, some fans focus all their energy on the rivalry games that come only once or twice during the regular season.

Some teams, like Duke and the University of North Carolina, have been rivals for decades. Other teams' rivalries (ahem, Syracuse and Georgetown) frequently determine critical rankings for the NCAA March Madness tournament.

So which rivalries are the biggest in NCAA men's basketball? Check out our list and let us know what you think!

College-Basketball Rivalries: The 8 Most Intense
The biggest college hoops rivalries 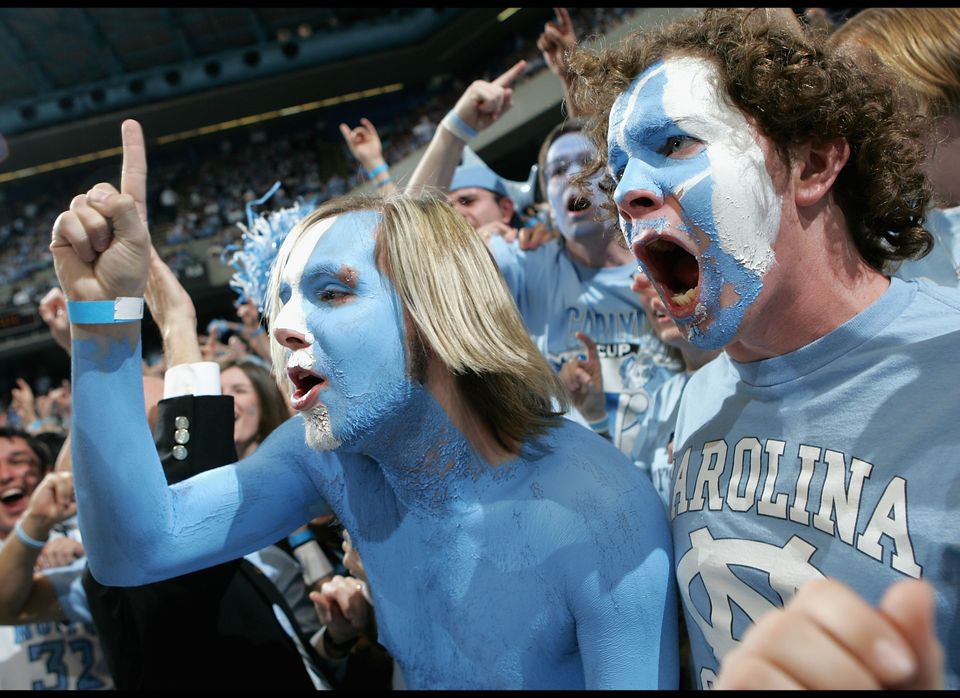 1 / 8
Duke vs. University of North Carolina
This rivalry is sometimes referred to as The Battle of Tobacco Road or The Battle of the Blues. Since 1920, Duke and UNC's college hoops teams have met twice a year. These match-ups <a href="http://espn.go.com/endofcentury/s/other/bestrivalries.html" target="_hplink">frequently determine</a> crucial top rankings in the <a href="http://www.goduke.com/ViewArticle.dbml?SPSID=22726&SPID=1845&DB_OEM_ID=4200&ATCLID=204903021" target="_hplink">Atlantic Coast Conference</a>. The rivalry developed in the 1960's and became a bigger deal with the rise of cable channels in the 1980's. <em>Fans cheer before the start of the Duke Blue Devils versus North Carolina Tar Heels game on March 6, 2005 at the Dean E. Smith Center in Chapel Hill, North Carolina. (Photo by Streeter Lecka/Getty Images)</em>
Getty