Despite the fact that sleep is essential to our survival, researchers know surprisingly little for sure about our shut-eye. Questions about why we sleep, how much sleep we need and what dreams are really for remain, but this year saw plenty of discoveries that have brought us closer to understanding our sleep.

Here are a few of the biggest sleep breakthroughs from 2014, and why they're so important.

The brain makes decisions while we sleep. 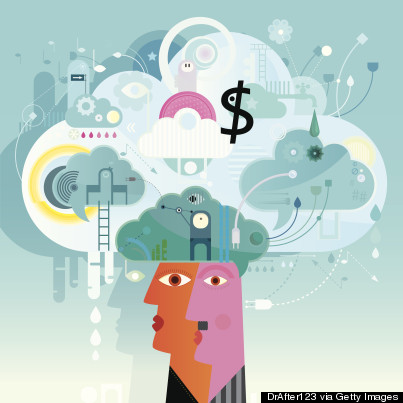 You may have zonked out, but your brain hasn't. While we snooze, our brains are still active, not only processing information and clearing the clutter, but even making decisions. A team of researchers from France and the U.K. monitored the brains of a small group of adults as they performed a word classification task and found the same patterns of brain activity when presented with more words while they were asleep. "Far from falling [into] a limbo when we fall asleep, parts of our brain can routinely process what is going on in our surroundings and apply a relevant scheme of response," study author and research scientist Sid Kouider said in a statement. "This explains some everyday life experiences such as our sensitivity to our name in our sleep, or to the specific sound of our alarm clock, compared to equally loud but less relevant sounds."

Skimping on sleep has been linked to a shrinking brain.
Our brains get smaller as we age, but getting too little sleep could make that natural reduction occur at a faster rate, according to University of Oxford research. "Many factors have previously been linked with the rate of change in brain volume over time -- including physical activity, blood pressure and cholesterol levels," lead researcher Claire Sexton, DPhil, previously told HuffPost Healthy Living. "Our study indicates that sleep is also an important factor." The study found a faster decline in the size of the frontal, temporal and parietal areas of the brain among the people who reported poor sleep quality. These parts of the brain play important roles in making decisions, combining words into complete thoughts and learning. More research is needed to determine if lack of sleep actually causes the faster rate of brain shrinkage, but do you really want to risk it?

The brains of insomniacs are different than the brains of good sleepers.
While the researchers noted they weren't entirely sure what these differences mean, they uncovered more activity, greater adaptability to change and higher neuron "excitability" in the movement center of the brain in people with insomnia than in people who reported no trouble sleeping. The researchers said they hope pinpointing such differences eventually leads to better diagnosis and treatment of insomnia.

Too little sleep could lead to -- and speed up -- dementia. 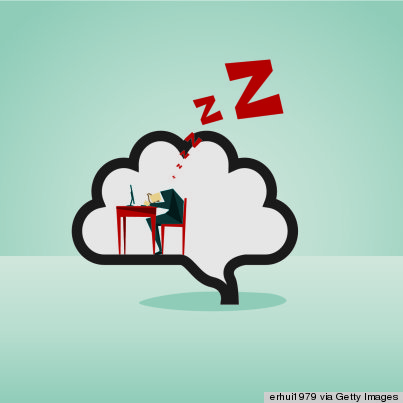 Adequate shut-eye has long been known to promote greater memory and learning, but a series of studies this year showed that lack of sleep or poor quality sleep can either contribute to a greater risk of dementia or speed up the onset of the disease. In all of these cases, the researchers stressed that the best action to take is to ensure restful nights to older adults by practicing good sleep hygiene.

Sleep deprivation is making us remember things that never happened.
In a University of California, Irvine study, researchers found that after a night of "restricted" sleep, study participants were more likely to say they recalled something that hadn't actually happened, a misremembering generally called a false memory. It's not all that problematic to have the occasional slip up, "but there are contexts (e.g., eyewitnesses in court, clinicians making medical decisions) where errors have serious consequences, so we need to be concerned about factors that make memory less reliable, and more vulnerable to distortion," lead researcher Steven Frenda previously told HuffPost Healthy Living. Although it's impossible to estimate the number of wrongful convictions that could be directly due to sleep deprivation, it's certainly possible that such a thing is happening, but Frenda said, allowing a witness to go home and sleep before testifying raises other issues. "For example, it might be tempting to think that maybe we should send witnesses home to rest before collecting their testimony," he said. "But as more time passes, memories fade and become more vulnerable to distortion. So while you're addressing one risk factor, you might be introducing others."

Family support is key to treating sleep apnea.
Supportive family members seems to play a role in whether or not a person adheres to treatment for obstructive sleep apnea with continuous positive airway pressure, or CPAP, generally considered the gold standard for treating the sleep disorder, which causes someone to stop breathing while sleeping, sometimes hundreds of times a night. People who were married or living with a partner as well as people who rated their family relationship quality higher were found to adhere to CPAP treatment more closely.

Sharing the bed with a pet really is messing with your sleep. 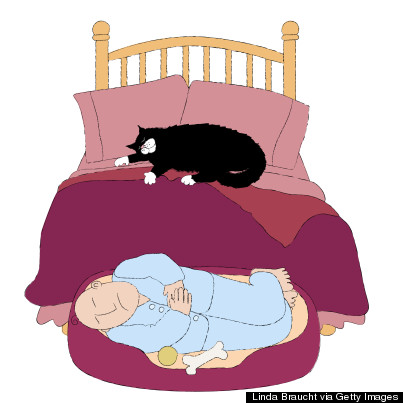 Research presented at SLEEP 2014, the annual meeting of the Associated Professional Sleep Societies, found that 30 percent of pet owners who share the bed with a four-legged companion wake up at least once a night because of their pets. Despite the cuddly snuggles a furry friend can provide, barks, meows, tail wags and more are in fact contributing to sleep disruptions. You and Fido are both better off in beds of your own.

Night owls may be less motivated to exercise than early birds.
Early birds really may jump out of bed and hit the ground running: A small study from this year found that night owls seem to have more difficulty sticking to an exercise routine. In the study, people who reported later bedtimes also said they spent more time sitting, as well as more perceived obstacles getting in the way of regular exercise, like feeling like there aren't enough hours in the day. "We found that even among healthy, active individuals, sleep timing and circadian preference are related to activity patterns and attitudes toward physical activity," principal investigator Kelly Glazer Baron, Ph.D., said in a statement. Doctors may be able to use this information in encouraging their night owl patients to stay active, she said.