The "crippling and potentially historic" nor'easter will move into the city late Monday, with most snow accumulation happening overnight and early Tuesday.

“My message to all New Yorkers is, prepare for something worse than we have seen before,” said de Blasio.

New York City last saw this kind of snowfall in January 2011, when the city was blanketed with 19 inches. The largest storm on record dropped 26.9 inches of snow in just 16 hours in February 2006.

Take a look at other historic snowfalls that hit the city below: 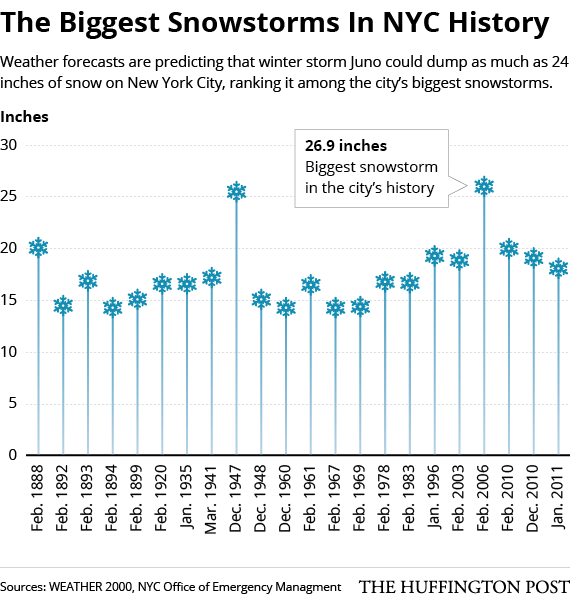