New York: In the wake of the confiscation of gasoline generators by the NYPD, the people of Occupy Wall Street have turned to a new source of power.

Within 48 hours of losing their electricity, members of the Sustainability Working Group drove to Occupy Boston to collaborate on the design of bicycle-powered generators.

The bikes charge batteries that can run for 100 hours, powering the lighting, cell phones, and laptops of protestors. 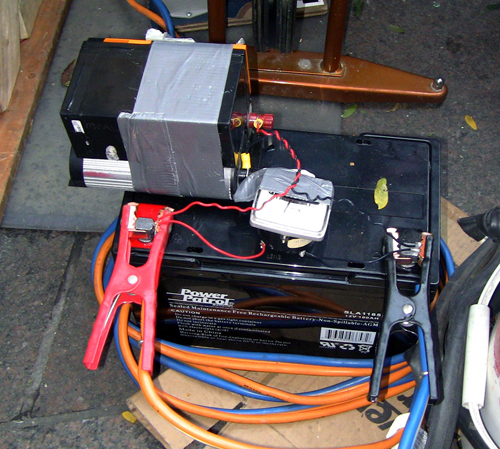 But there is a downside to charging each battery. "It can take up to two hours of uninterrupted pedaling to reach 12.5 volts," said Ben Tevelow, an electrician from Brooklyn. He decided to join the project and put his skills to use when he heard about it in General Assembly.

Isabelle Garbani, an artist who came to donate socks and other comfort items for the protest, pedaled tirelessly for 20 minutes before she was relieved by another participant. 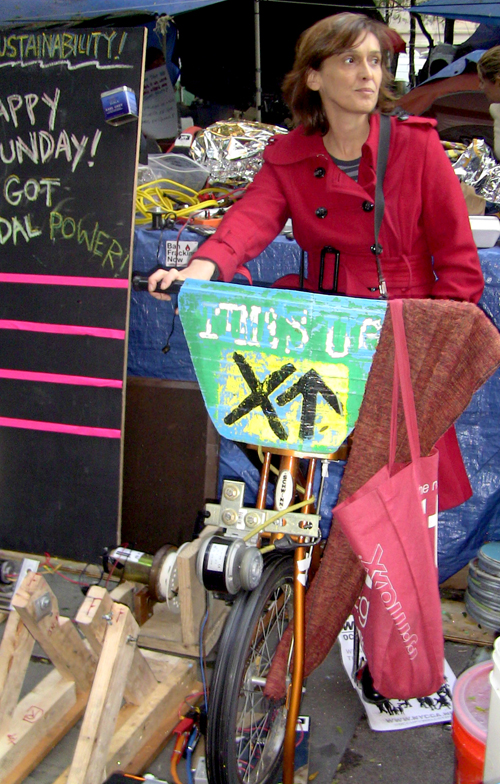 The Sustainability Working Group, which includes members from MIT's D-lab, Pedal Power, and Time's Up!, has already received donations of bicycles and other basic parts. They are currently seeking funding from the Finance Working Group and the general public in order to buy expensive electrical equipment that will allow them to build more generators. These will be placed around Liberty Square for the groups that need them the most: three bikes will go to the Media tent, to power all the communication around the protest, and others will go to Legal, Press, Finance, and the Library. 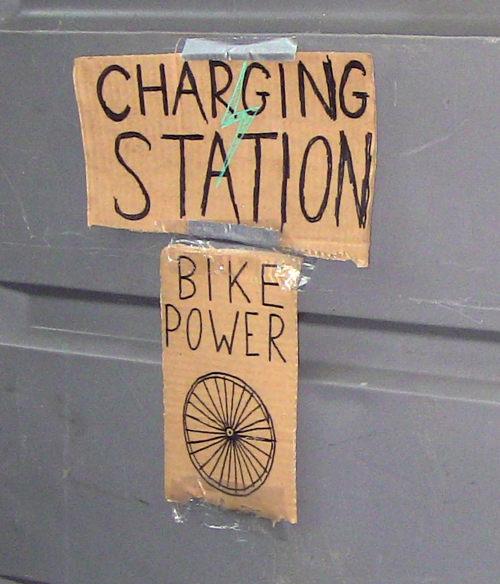 Across the park, a projection screen rises above the Library, depicting scenes from classic horror films. The protestors, who have been occupying the park for over a month, are preparing for a Halloween movie night. The projectionist fusses with her equipment, blissfully unaware of the team toiling to power the camp just steps away. "We need this too," she says.