It’s been three years since a driver plowed into Megan Odett and her one-year-old son in a Washington, D.C. street, and even now, she can’t fully straighten her leg.

“They never caught the person who left me lying in the crosswalk, curled up around my son,” Odett, 35, told The Huffington Post by phone last week.

The three witnesses to the crash couldn’t agree on the driver’s license plate number, so no one was ever prosecuted. Though Odett was on foot when she was hit, she normally travels with her children on a 100-pound cargo bike. After several close calls cycling, the crosswalk crash was the final straw that prompted her to wear a GoPro camera on her rides.

“I didn’t have any faith if that were to happen to me again, the person responsible would be brought to justice and kept off the road,” said Odette, the force behind Kidical Mass D.C., a group that promotes safe family biking.

Odette is just one of many cyclists turning to a "black box:" an impact-resistant, mountable camera that records footage during a ride. The small, hi-res cameras could serve as a deterrent for motorists who may otherwise drive recklessly or harass bikers. More commonly, though, they’re a form of insurance for bikers who can provide footage for police after a crash.

In 2012, the most recent year with full data, 726 cyclists were killed in motor vehicle-involved crashes, according to The National Highway Traffic Safety administration. Even when they’re not fatal, bike crashes can become financial and legal catastrophes, said Chicago-based personal injury lawyer Brendan Kevenides, whose firm specializes in bicycle advocacy.

Such incidents add up: according to the NHTSA data, some 49,000 cyclists were injured in crashes with cars in 2012.

Kevenides told The Huffington Post that having a point-of-view camera is especially helpful in cases of hit-and-runs, since the proximity to the vehicle as well as the image and audio quality are better than that of red light and surveillance cameras. In other cases, the camera is an impartial observer that can help determine which party was at fault.

"What the driver says happened and what the cyclist says has happened can help break that tie," Kevenides said. If it’s the cyclist who’s at fault, Kevenides added that “a video a lot of times will prevent the hassle of going to trial.”

The video holds up well in court as long as a biker gets on the stand and testifies that the film clearly and accurately depicts what happened, according to Kevenides.

"[Point-of-view] cameras are invaluable for legal purposes,” he said.

The market is already reacting accordingly. In February, Australian entrepreneurs launched the Fly6, a combination rear bike light and audio/visual camera specifically designed to record drivers behind a cyclist who may rear-end, cut off or unsafely pass a biker.

Australian cyclist Paul Ludlow was able to use the Fly6 footage below to turn the tide on an investigation in which police initially believed the account of the driver who allegedly cut Ludlow off.

“[The camera] proved everything,” Ludlow told HuffPost via email. “The police then advised me that they were going to charge the driver as he had failed to give way to an oncoming vehicle.”

Kevenides said it’s a shame to put the onus on cyclists to defensively record potential violations against them, and he hopes the cameras ultimately function as deterrents.

“When drivers become more aware that people are using cameras, they’ll be more careful — if for no other reason that they’re likely to get caught,” Kevenides said.

Dina Driscoll agrees. A 30-year-old Philadelphian who bikes with her kids, she wears her camera mounted to her helmet.

“It’s the most visible to drivers,” Driscoll explained, saying it's had a positive impact for her. “I point to it sometimes if a driver is being really aggressive, [as if to say] ‘Hey, I notice you.’” 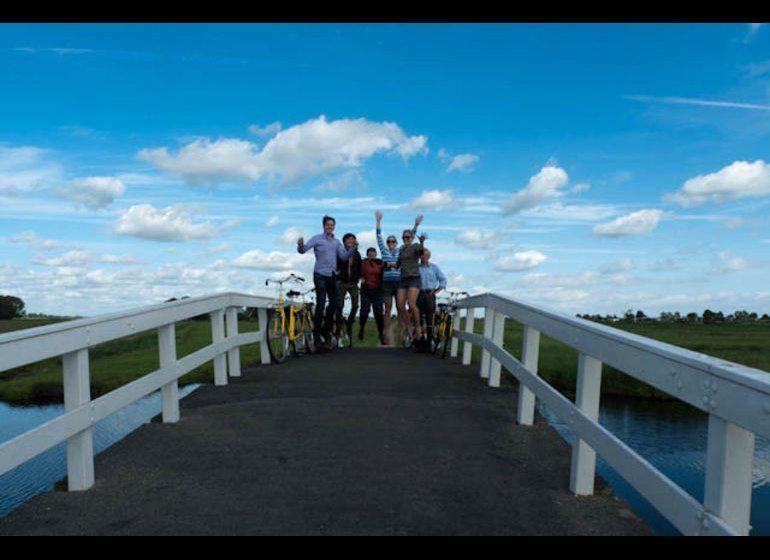 1 / 33
10. Amsterdam
Biking is almost synonymous with <a href="http://www.viator.com/Amsterdam/d525-ttd">Amsterdam</a> and those not walking around the city are probably biking along at a leisurely pace. Although bike lanes are often well-marked and located on the right side of roads, the streets can sometime get confusing to tourists, so it's best to pick up a bike map with suggested routes from Amsterdam Tourist Offices. Most bike rental companies are centrally located in Central Station, Leidseplein and Sam Square and most tourists opt for the daily pass. Theft in Amsterdam is a common occurrence so it's a good idea to lock your bike so someone doesn't snatch it up. <strong>Book an <a href="http://www.viator.com/Amsterdam-tours/Bike-and-Mountain-Bike-Tours/d525-g16-c55">Amsterdam Bike Tour</a> or read <a href="http://thingstodo.viator.com/amsterdam/cycle-like-the-dutch-in-amsterdam/">How to Cycle Like the Dutch in Amsterdam</a></strong>