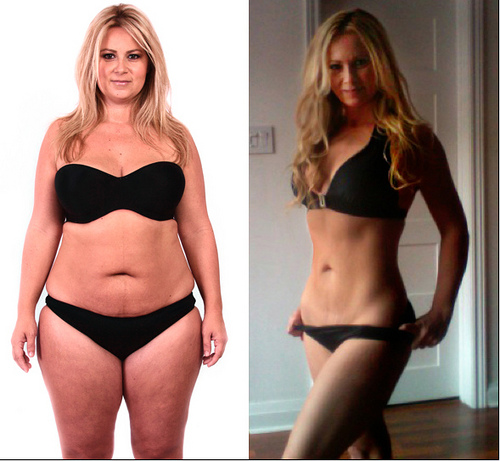 This post will explain exactly how Briana, a mother of three and reader of my blog, lost 100 pounds. It's a lot simpler than you might think.

For additional real-world examples and the fundamentals, I suggest reading How to Lose 100 Pounds on The Slow-Carb Diet. There are several men and women profiled.

Now, onto our post, which was written by Briana herself. I've avoided any major edits to preserve her voice.

Please add any questions or tips of your own to the comments.

If you're meeting me for the first time today, you'd never guess that a little over one year ago, I was 100 pounds heavier and the furthest thing from being proud in a bikini.

And if you'd met "the FAT me" a year ago, you probably never would have guessed that the over-weight mother of three was actually an accomplished personal trainer who'd lost 73 pounds years earlier... and gained it all back.

That is really where my introduction to the Slow-Carb Diet (SCD) began.

Five years ago, I was a stay-at-home mom.

I had a husband, two kids, a house in the suburbs with a white picket fence, and a great dane. I was a young mom in my early '20s, trying to balance everything and be everything to everyone but neglecting myself. I made my family the priority, which was great for them, but I lost myself somewhere along the way. Despite numerous failed attempts to lose weight and get in shape, the scale just kept creeping up.

Fat, depressed, and frustrated, I ended up surfing the internet one day for some new nutrition and training inspiration, when I stumbled across Tim's blog and the post he wrote on How to Lose 20 lbs of Fat in 30 Days... Without Doing Any Exercise. Four paragraphs in, I was hooked! I read it, I applied it day-in and day-out, and within six months I had not only lost the 73 POUNDS I had gained after having my first two kids, but I had completely transformed my body!

Needless to say, the experience was life-changing. After it, I felt compelled to pursue a career as a certified personal trainer and nutrition specialist. I wanted to empower, educate, and inspire other women to transform their bodies and regain a renewed sense of self -- just as I had.

Shortly after I became certified, I went through a devastating divorce. As a newly single-mom, I set out to "4-Hour Workweek" my life, started my own multi-faceted health and wellness company, and spent the last five years helping to transform the bodies and lives of hundreds of women around the world in ways they never thought were possible.

Along the way, Tim wrote and released The 4-Hour Body, and my story was featured on national television and throughout numerous editorials, spreads, and fitness publications -- the biggest of which was an appearance with Tim on the Dr. Oz show. 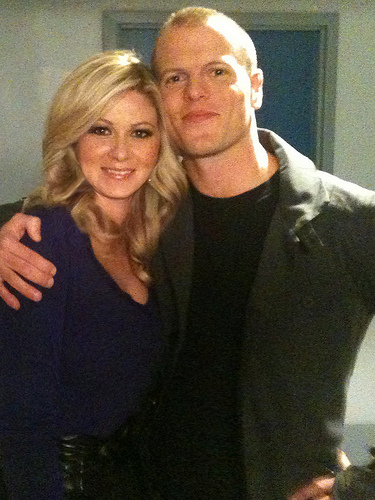 And then? I got pregnant with baby #3.

Long story short: despite being a personal trainer and all my previous hard work to be a "weight-loss success story," I ended up being one of those Mego-Prego women who really went for it! By "went for it" I mean -- if my weight gain had been an accurate barometer of my son's birth weight, I should have given birth to a kindergartner!

From the moment I first found out that I was pregnant I decided to use the "eating for two" excuse. I indulged my cravings, and I packed on the pounds by way of ice-cream, Mexican food, lasagna, and a total break from the adapted SCD nutrition principles I worked so hard to establish in my own life and subsequently teach others.

Needless to say, I exploded over nine months, and by the time I actually gave birth to my eight lb. six oz. bundle of joy, I found myself weighing the heaviest of my life-100 pounds heavier than normal.

Faced with the depressing reality that the new weight wasn't "baby weight" and was really all me, I made it my mission to swiftly re-apply the SCD principles to shed the post-partum pounds in record time.

It began with a commitment to change, and a real look in the mirror.

So many of us are miserable over the current condition of our bodies, we get motivated and inspired by reading stories such as mine, but that's not enough. We need something lasting. Something that will motivate us to walk away from the bread basket, or in my case -- back away from the sour cream twice-baked potato!

For me, that motivation came in the form of photos.

Before I began, I committed to document the entire process via a weekly pictorial where I would stand raw, real, and exposed in front of a camera wearing nothing but the same tiny black bikini. When I felt discouraged, or was having a internal struggle over something I shouldn't eat, I would look at the photos of where indulging got me -- fat.

I took it one day and one meal at a time.

Beginning the day after I gave birth, I followed every slow-carb principle that is outlined -- except for the cheat day.

The reason? I was breast-feeding, and through trial and error, it turned out that keeping my diet consistent by eating the same thing (more or less) everyday was much better for my baby (and my sanity), than trying to sooth a horrific colicky newborn 12-24 hours after binge eating on a "cheat day."

The biggest SCD keys behind my latest post-pregnancy transformation were:

- Structuring every meal around a lean protein

- Completely cutting out fruit, which was my biggest craving during my pregnancy

- Drinking a gallon of water a day

- Upping my daily fish oil to one gram per one percent body fat -- liquid form. Obviously, that'd otherwise be quite a few pills.

Just with the slow-carb diet alone and zero exercise (due to some postpartum recovery issues between week one and week eight), I lost 36 POUNDS. 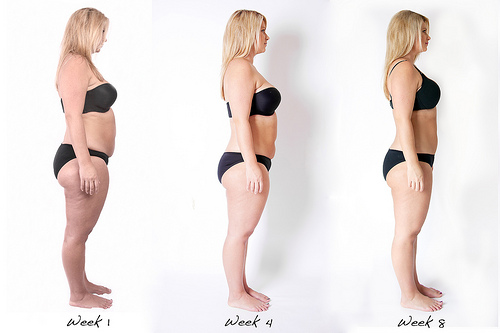 And 12 months after giving birth, I hit my goal and lost 100 pounds (23 pounds of which were pre-pregnancy), and completely transformed my body. 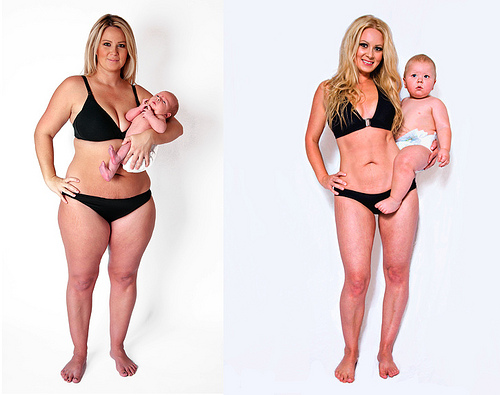 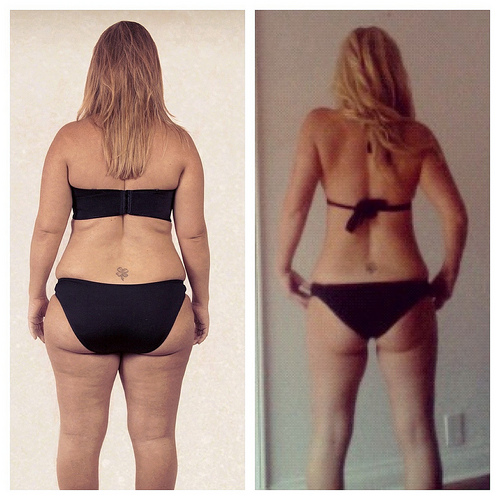 Egg white frittatas (made with veggies like mushrooms, bell pepper, and onion)

Biggest tip: If you fail to plan, you're planning to fail

As a mom, life can be hectic, and it rarely goes according to plan.

I always prepare ahead of time for those moments with some quick-grab protein snacks. Turkey wrap "roll-ups" with a little hummus and a sliver of bell pepper or cucumber inside is my fave! Or little snack-sized baggies of almonds sprinkled with cinnamon. Hard-boiled "hummus deviled eggs" is another.

Prepare or fail, the choice is yours.

Putting on a bikini seven days after you give birth is uncomfortable. Some might argue it's insane.

Standing in front of the bright lights of a professional photographer week-after-week (often times without seeing much change), especially when you're a personal trainer who is 100 pounds over weight, is humiliating, humbling, and painful.

But transforming my body, documenting the journey, inspiring other mothers, and ultimately founding BikiniBodyMommy.com has been the most empowering 12-month process I've ever undergone.

The journey isn't always easy, but nothing worthwhile ever is.

My name is Briana. I am a 31-year-old mother of three, I've lost more than 100 pounds on the Slow-Carb Diet, and I work every day to be a success story. 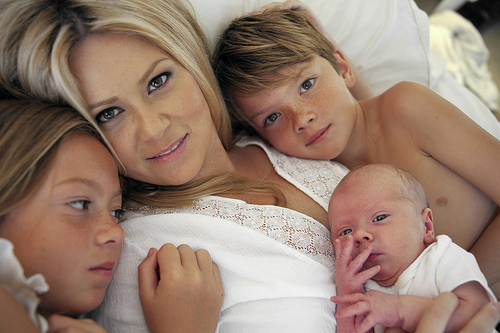 This post was originally published on Four Hour Work Week.