Best education system? Not so much. Best quality of life? Don't think so. But when it comes to bikini parades, America leads the way.

WJHG reports that Australia set the previous Guinness World Record for longest bikini parade last year, with 357 participants. But that comparatively puny number was crushed this month in Panama City, Fla., when 450 participants marched the good ol' US-of-A into its rightful place at the top.

One Panama Beach marcher summed up the significance of the historic event.

"This is the most exciting day of my life, tears were coming out of my eyes, I’m so proud of the United States,” Karly Quinn told WJHG.

While chanting, "U-S-A! U-S-A," the 450 women walked one mile across Panama City Beach to break the record, according to Alabama Live.

Panama City Beach officials couldn't be more proud of their community's place in history, according to the Orlando Sentinel.

"We are thrilled to have challenged and broken the record for the World’s Largest Bikini Parade” Dan Rowe, president of the Panama City Beach Convention & Visitors Bureau said in a statement obtained by the Sentinel.

And now, without further condescension, check out these photos from this year's record-breaking march and last year's Australian parade. 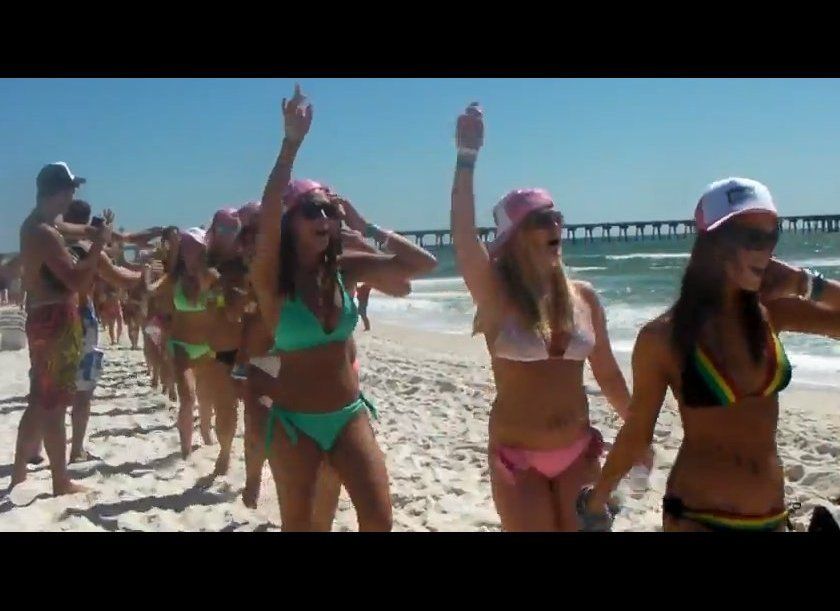