Puerto Rico’s House of Representatives is considering a new bill that would penalize the use of the American flag, in the absence of the Commonwealth of Puerto Rico’s flag on any building housing the three branches of the state or municipal government, as well as any public corporation, local media reported.

According to an island daily, Primera Hora, the proposed law filed by Rep. Charlie Hernandez aims to amend State Department regulations, and make those who violate the flag rule subject to an administrative offense and a fine of $100 to $500.

"The flag is the national symbol of the highest value to a nation. It is the main symbol that identifies each town and stands before the range of countries that make up the international community," the text of Hernandez’s bill number 555 reads. "The people of Puerto Rico are no exception to the global community, because we have our own flag: the ‘monoestrellada’."

Hernandez has defended the bill by saying Puerto Rico is culturally unique and needs to represent the island’s individuality.

"During its 113 years of life the Puerto Rican flag has suffered the contempt and affront of external and internal enemies who try to combat the existence of a palpable and indisputable Puerto Rican national identity," the text of the bill reads according to El Nuevo Dia, another island daily.

The flag proposal comes at a crucial political moment for the island. In November a two-part referendum revealed that 53.97 percent of Puerto Rican voters count themselves among those dissatisfied with the island’s commonwealth status .

A second question on the same ballot asked whether voters preferred to see Puerto Rico become a U.S. state, an independent country, or a freely associated state in a close alliance with the United States. Some 61 percent of those who answered the question voted for statehood , though more than 498,600 people intentionally did not register their opinion on the ballot.

In some parts of Latin America, the blank vote is considered a distinct political statement indicating that the voter does not agree with the terms or content of a question on the ballot. 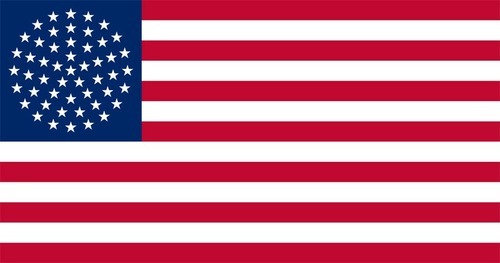