A succinct letter from a former Attorney General of Alabama to the Ku Klux Klan has gone viral on the Internet this week, impressing readers with its "brevity, forcefulness, and clarity."

Letters of Note, the website that posted this gem on Monday, explains:

In 1970, shortly after being elected Attorney General of Alabama, 29-year-old Bill Baxley reopened the 16th Street Church bombing case -— a racially motivated act of terrorism that resulted in the deaths of four African-American girls in 1963 and a fruitless investigation, and which marked a turning point in the Civil Rights Movement.

Baxley's unwavering commitment to the case attracted much hostility, particularly from local Klansmen, and in 1976 he received a threatening letter of protest from white supremacist Edward R. Fields -— founder of the "National States' Rights Party" and "Grand Dragon" of the New Order Knights of the Ku Klux Klan —- in which he was accused of reopening the case for tactical reasons.

Baxley's short and sweet response to Fields, written on an official state letterhead, showed that he wasn't about to waffle around: 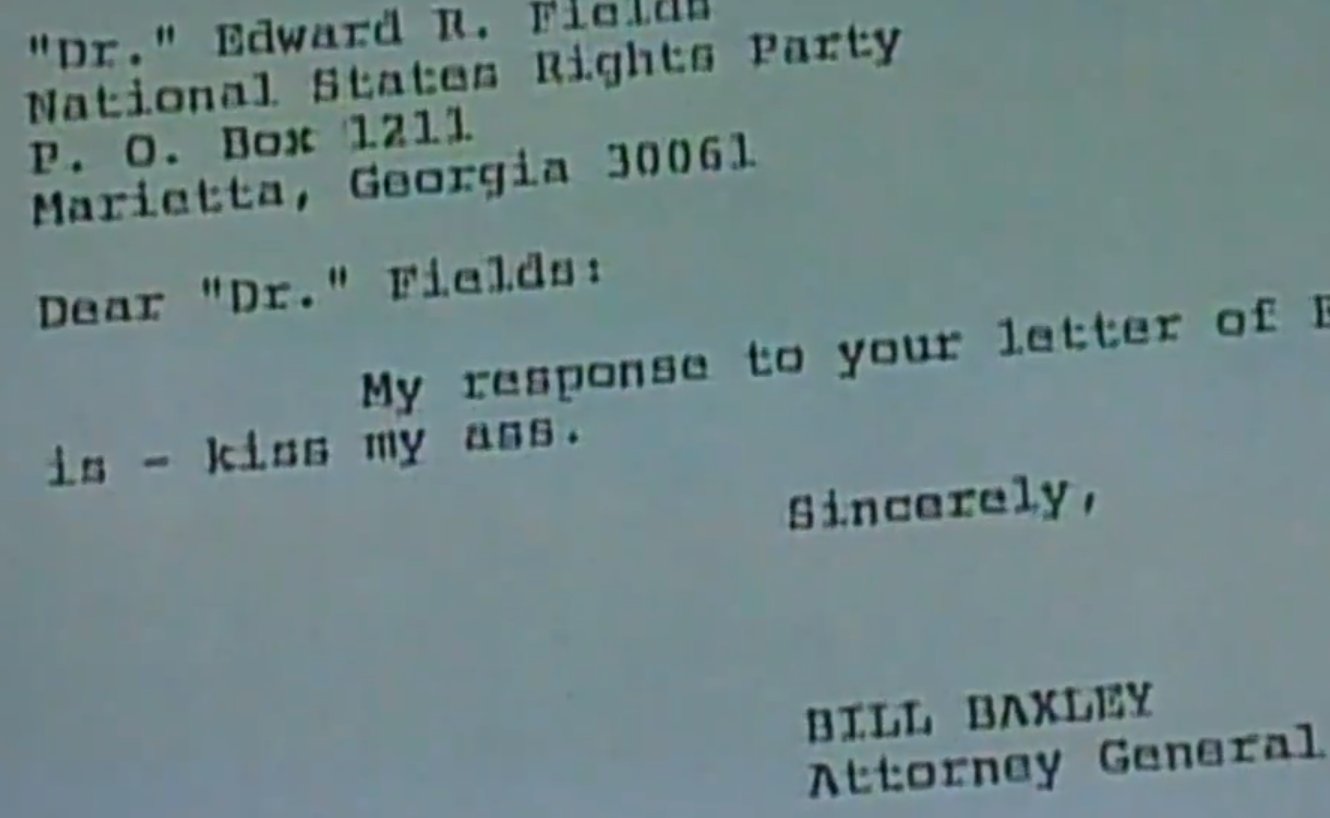 The following year, Robert "Dynamite Bob" Chambliss, a member of the United Klans of America, was found guilty of the murders. He reportedly remained in prison until his death in 1985.

This is not the first time that Baxley's letter has been celebrated in the media.

In 1977, People magazine featured the story of Baxley and his note, describing the man's dedication to finding the culprits behind the bombing.

"Now I could do what I had sworn to do," he reportedly said after being elected attorney general in the early 1970s. "Within two months in office I had set one goal for myself: to solve that bombing case." As a reminder of this vow, he is said to have written the four victims' names on a card he carried in his wallet.

In 2007, Baxley, who is now an attorney in Birmingham and is still reportedly "fighting the good fight," spoke with Hunter Ford of the Hoover Gazette about his life.

When asked where he got the "gumption" to do what he did as a young man, he replied: “I don’t know that anybody has ever asked me that before. I was aware there was danger out there. But I was young -- you feel invincible -- and I knew I was doing right.”