Even die-hard Bill Clinton fans had to have been a little creeped out by Chris Matthews' overly-fawning docu-special, "President of the World: The Bill Clinton Phenomenon." While the former president's humanitarian efforts and his diplomatic reach are undeniably critical, even inspiring, with Matthews playing Clinton's personal hype man, town crier and super fan all rolled into one, it's kind of hard to focus on the message and not the messenger. But that got us thinking. What would this special have been called had it been created for another network? Surely, Fox News, VH1, and Nickelodeon would have come up with a title that expressed their particular point of view just as resoundingly. 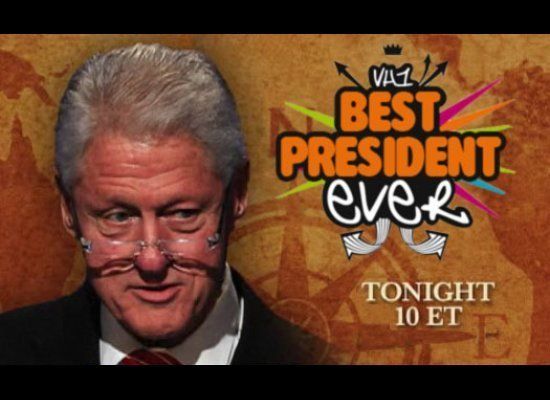