President Bill Clinton, along with his daughter Chelsea and an army of 1,000 volunteers, rolled up his sleeves on Sunday to help victims hit hard by Hurricane Sandy in the Rockaways area of New York City.

The Rockaways section of Queens suffered significant and devastating damage due to Sandy -- the superstorm claimed 80 to 100 buildings in the Breezy Point neighborhood. Electrical power is beginning to be restored in the area, but homeowners are struggling with destroyed electrical systems and insidious mold, according to the New York Daily News.

“We all know that full recovery will take time,” Bill Clinton said in a video posted to his Facebook page. “But we believe that if we come together and support those who need it most, we can make a difference now.”

"By working with friends, partners, and local community members, we were proud to be able to make a small but meaningful difference in an area hard hit by Sandy," Chelsea Clinton said in a statement.

Recovering victims say what they need most -- even more than donations -- is what the Clintons' crew brought: pairs of helping hands willing to clear the wreckage.

“If we can get some volunteers during the week, even for a few hours, it would be a big help,” Joe Johnson, a Howard Beach resident and volunteer, told the Daily News.

Click through the slideshow below to see more photos of Bill Clinton volunteering with Sandy victims. 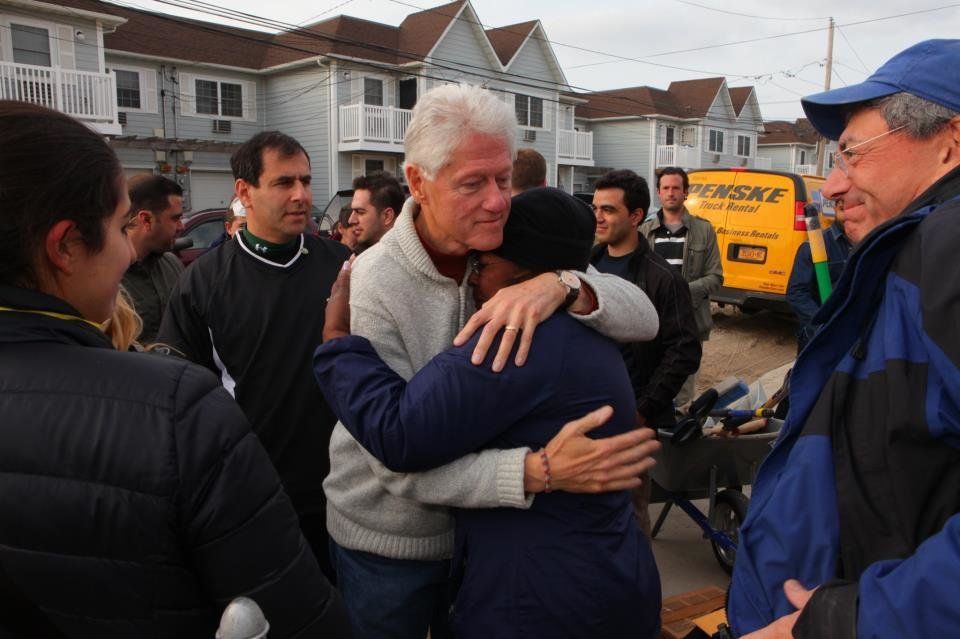 1 / 7
Bill Clinton Volunteers With Sandy Victims
Bill Clinton, along with 1,000 volunteers, volunteered with Sandy victims on the hard-hit region of the Rockaways on Sunday for "A Day of Action for New York."
President Bill Clinton/Facebook