Nelson Shanks, who painted a portrait of former President Bill Clinton in 2006, revealed in an interview published Sunday that there's more to the image than meets the eye, including a reference to the Monica Lewinsky scandal.

"The reality is he's probably the most famous liar of all time," Shanks told the Philadelphia Daily News. "He and his administration did some very good things, of course, but I could never get this Monica thing completely out of my mind and it is subtly incorporated in the painting."

Shanks explained that a shadow covering the Oval Office mantel in the painting has a double meaning, including a nod to the blue dress Lewinsky wore during her affair with the president. 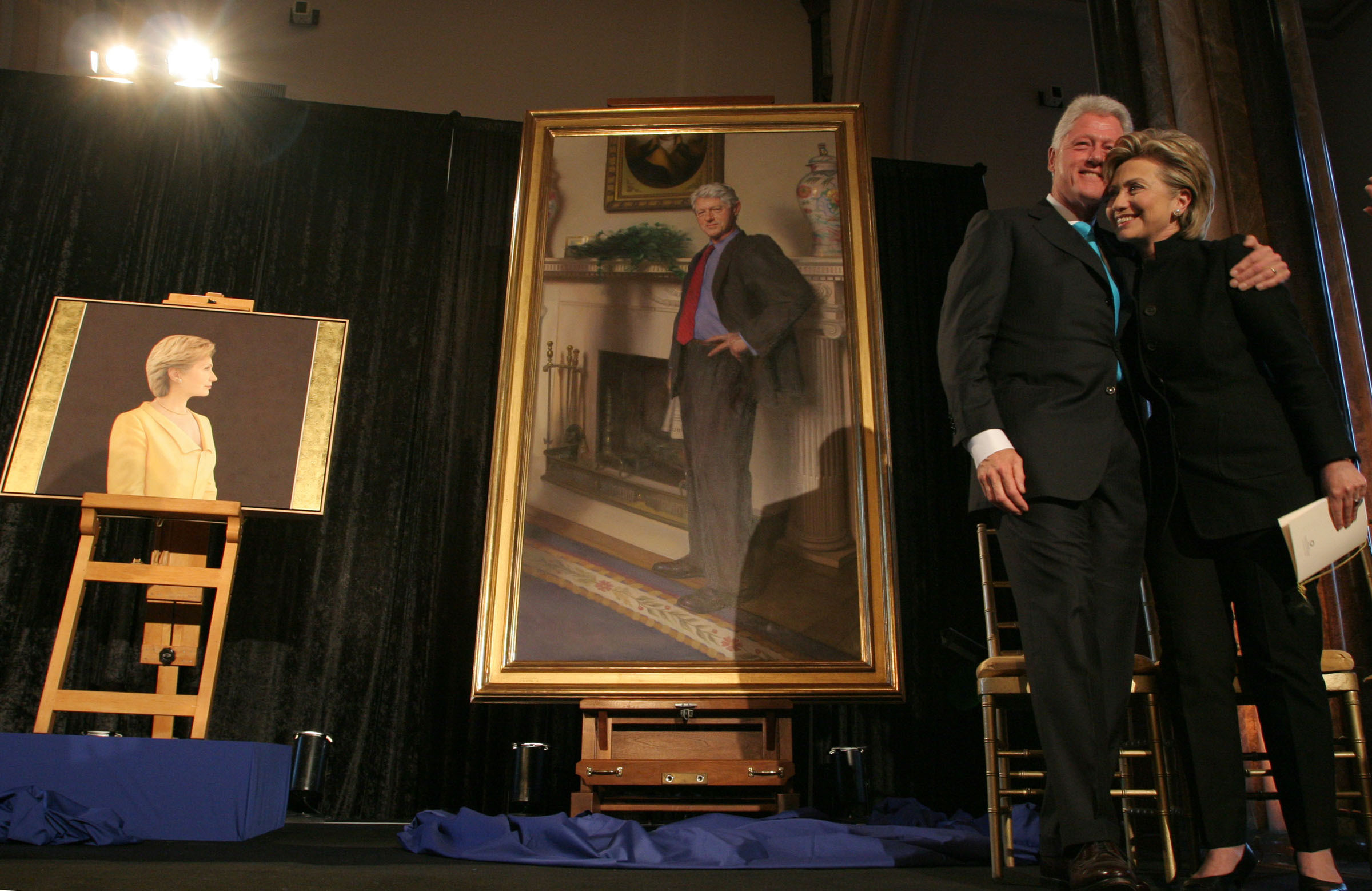 Shanks said the Clintons "hate the portrait." The artist, who has created works of Princess Diana, Pope John Paul II, Marisa Tomei and others, said Clinton was among the hardest he's had to capture in a portrait.

Lewinsky largely remained out of the public spotlight after the 1998 trial that centered around her affair with Clinton, but she broke a long silence last year when she wrote an essay about her experience with online bullying for Vanity Fair. In May 2014, Lynne Cheney, wife of former Vice President Dick Cheney, suggested Lewinsky's return to the public eye might have been the work of former Secretary of State Hillary Clinton.

Hillary Clinton spoke about Lewinsky in a July 2014 interview with BBC 4 radio, saying she's moved on from the scandal.

"Well that is something we have certainly moved beyond and our country has moved beyond. I have wished her well but it's important to stay focused on what's happening in the here and now," Clinton said.

Read more from Shanks at the Philadelphia Daily News.