Bill Cosby took some time on Father's Day to pay tribute to his late son, Ennis.

On Sunday, the 75-year-old comedian took to his Facebook page to send a Father's Day greeting to fans. He posted a photo of him and Ennis, looking dapper dressed in suits and bow ties. Along with the snapshot he included the message: “Ennis William Cosby was our gift. And his gift is for you.”

Ennis was not only Cosby's son, but he was also a loving brother, a Columbia graduate student and an aspiring teacher who overcame dyslexia to go on to tutor the poor and homeless. In January 1997, he was murdered during an attempted robbery on a Los Angeles freeway ramp as he tried to change a flat tire. He was 27 years old.

The touching photo has since received more than 7,000 "likes."

Last week, Cosby sat down with ABC News to talk about the parenting philosophies in "The Cosby Show," the classic, family sitcom that broke grounds for challenging racial stereotypes. He based the show around two things: dashing the concept of clever kids with dumb parents and "taking the house back."

“[If you want to entertain children] at the expense of parenting, at the expense of keeping children out of harm’s way to get these laughs, to make these parents look stupid, to make kids look like they are ultra-bright but still lost, then we have a problem," he told ABC. "[We] parents make it difficult because we want to be well-liked. And I’m not saying that parenting, you shouldn’t want to be well-liked, but you also have to have some kind of judgment.” 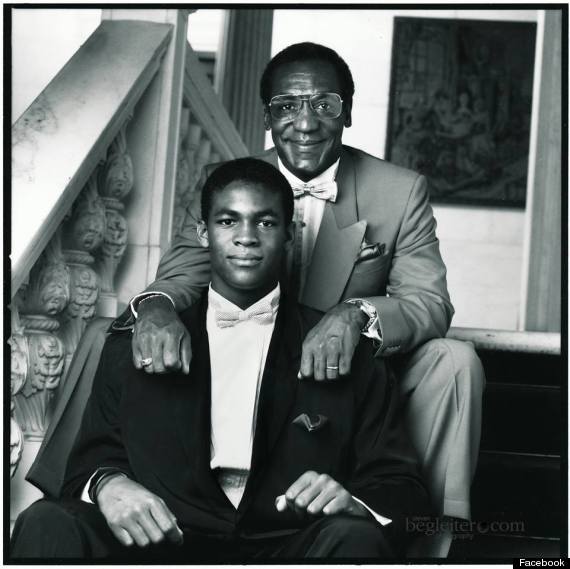