On the one year anniversary of Bill de Blasio's term as mayor of New York City it is telling to look back at his inaugural address. His inauguration is primarily remembered for how cold it was (mid 20s-30s) and the divisive tone of the speakers (Harry Belafonte, Letitia James, and Rev. Fred Lucas, among others, who compared the city under Mayor Bloomberg to a 'plantation'). 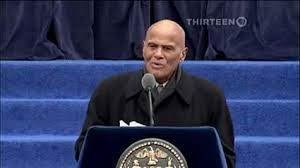 In retrospect, however, we probably should have focused more attention on the mayor's speech because it foreshadows the many successes and failures he has had over the last year. 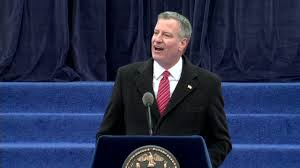 In written form the speech was 36 paragraphs. 36 percent of the speech (the first 13 paragraphs) was dedicated to introductory remarks -- thanking dignitaries, family, and his supporters. The vast majority, 58 percent (or 21 paragraphs), was devoted to his progressive agenda. What is very telling is that less than 1 percent of the speech (just 1 sentence) focused on the most important tasks of any mayor -- to keep the city safe, clean, and accessible.

The difference is more than rhetorical, it mirrors the mayor's focus over the last year. He has devoted the vast majority of his time to fulfilling his progressive agenda and far less to managing the city.

To his credit, in the last 12 months de Blasio has either fulfilled or made significant headway in most of the areas he spoke about during the inauguration: expanding paid sick leave, increasing affordable housing, "stemming the tide" of hospital closures, reforming stop-and-frisk, and instituting universal pre-K and after school programs.

He worked with the City Council to pass paid sick leave and Albany to get his universal pre-K program off the ground. He made modest steps in the areas of both affordable housing and after school programs. And on the controversial cornerstone of his campaign, Stop-and-Frisk, stops are down, as is crime. Although it is fair to ask whether de Blasio can take credit for this given that the number of stops fell dramatically during the last years of the Bloomberg administration. In addition to Stop-and-Frisk, the one area where he has not made as much progress as he may have hoped is hospital closures. 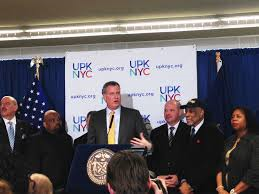 Regardless, when it comes to his progressive agenda, the mayor is batting .500, if not more.

This is not the case, however, when it comes to fulfilling a mayor's "first responsibilities". In his inaugural address, de Blasio devoted just 1 sentence to the need to "keep our neighborhoods safe; to keep our streets clean; to ensure that those who live here -- and those who visit -- can get where they need to go in every borough." And throughout the last year, it is in this area where he has had the most difficulties.

Last week PBA President Pat Lynch accused the mayor of "running a revolution" from City Hall. Like so much of the rhetoric of late, the comment is overblown. But at the same time, Lynch taps into a feeling that many residents have -- that the mayor is more focused on fulfilling the promises he made to the 750,000 who voted for him than he is on serving the needs of the city's more than 8.5 million residents. 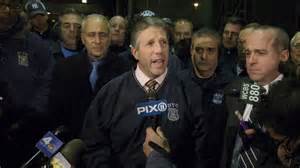 Going into his second year this remains the greatest challenge for the mayor -- to make sure that New Yorkers know he is as focused on running the city as he is on fulfilling his progressive agenda. It's not an either-or scenario, he can do both. But residents have to have confidence that when push comes to shove the Mayor is going to put managing the city above his political and ideological commitments.