Christmas came early this year for a Reddit user whose Secret Santa was none other than Bill Gates.

The woman, whose Reddit user handle is Aerrix, signed up to be part of the website’s Secret Santa gift exchange.

So did the Microsoft mogul, but the 30-year-old woman didn’t realize this until a large Fed Ex package arrived at her door on Friday, according to IGN.com, which confirmed that Gates did indeed send the package.

Inside was a photo of Gates wearing a Santa hat along with a warm holiday greeting.

Inside the box were several wrapped packages that were thoughtfully picked based on comments she made in her Reddit post history.

Aerrix said she immediately called her husband at work.

“I normally text him first to make sure it’s ok if I call but I couldn’t wait...he answered and I spoke very quietly because I knew if I didn’t I would just yell, and I said something like ‘dear, please tell me you can talk right now,’ and he sounded worried and he’s like ‘yes? What’s going on?’ And I said ‘BILL GATES IS MY FREAKIN SANTA!!!!!!!!’”

All told, there were about 10 packages in the box, including matching Zelda mittens for Aerrix and her dog.

One of the gifts was a pair of slippers that she immediately slipped on her feet.

Some of the other gifts that Gates picked out for her included DVDs ...

... and an XBox to go along with it, this one a Minecraft edition.

Of course, what good are gaming consoles and controllers without games? Gates also included a year’s worth of XBox live membership cards.

The entire gift box was enough goodies for a whole family, not just one person. Aerrix took a photo of her gifts ― the dog was already hers.

But the best gift of all may have been the most personal: Gates photoshopped himself into Aerrix’s profile picture on Reddit, including Santa hats on everyone but the dog.

“Come on now, that is the cutest thing!” she wrote in the photo caption. “I just couldn’t get over it and my mom thought it was hilarious.”

Aerrix now faces a dilemma: How to get a thank-you card to Gates.

“I would love to send a thank you card or some kind of something to him,” she told The Huffington Post. “There was a return address, but I’m not sure if it would actually get to him.”

The lucky woman did an Ask Me Anything chat a day after her gift package arrived and was asked what she might get Gates if she were to be his secret Santa next year.

“I would look at his exchange preferences and make something personal as opposed to big and flashy,” she said. “You DON’T get something for the man that has everything, you make something! I would have made the shit out of some perler bead stuff!”

This story has been updated to include quotes from Aerrix. 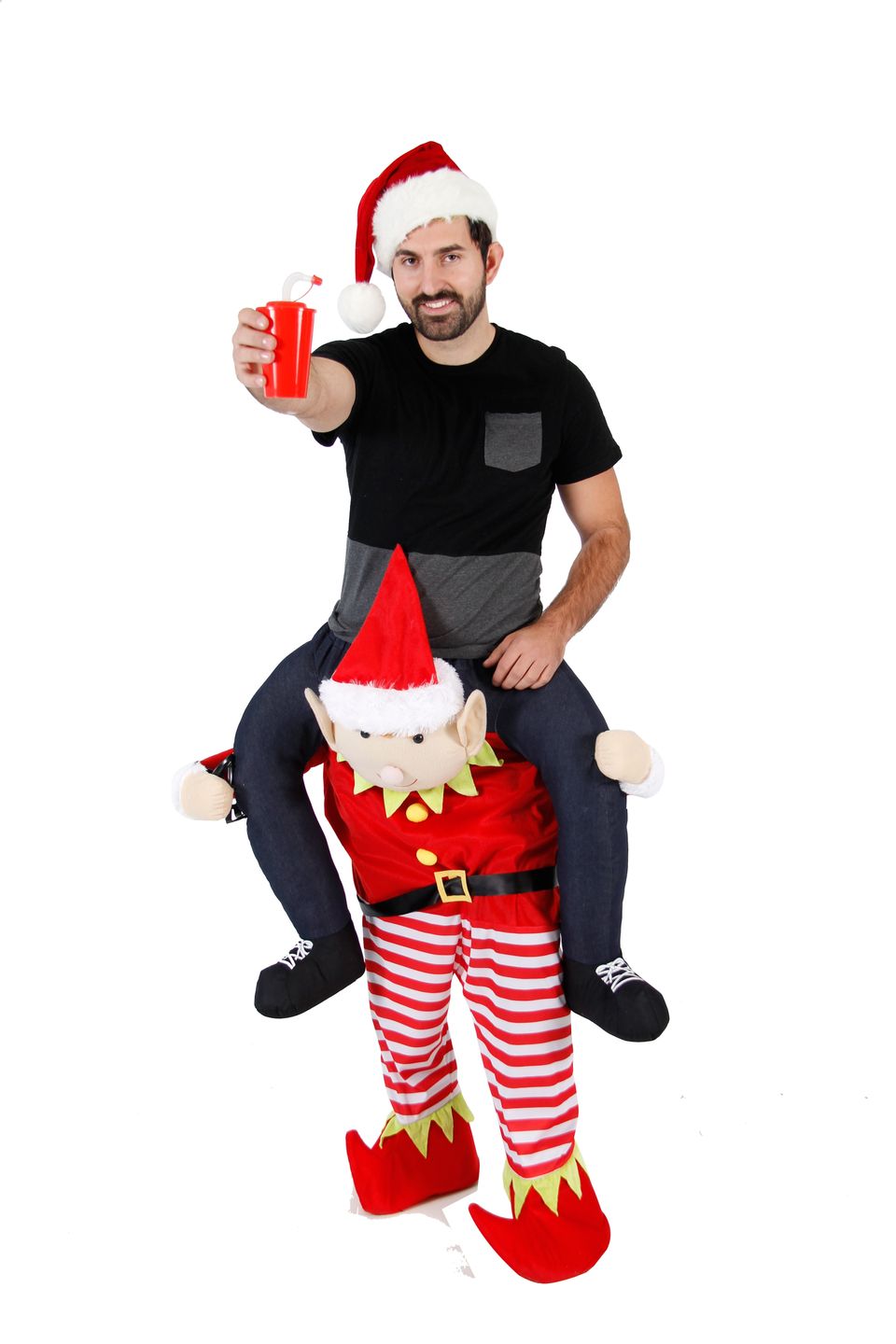