You knew he was a billionaire who founded Microsoft after dropping out of Harvard, but had you heard about Bill Gates penchant for jumping over chairs?

That's right, the 57-year-old co-chair of the Bill & Melinda Gates Foundation answered questions big and small Monday afternoon on a Reddit Ask Me Anything, joining the ranks of Barack Obama, Neil deGrasse Tyson, and Bill Nye The Science Guy by answering questions from the public on the popular social network.

Gates, who is still chairman of Microsoft, is one of the most recent (and most famous) people to do an AMA. Most of the conversation revolved around Gates' incredible philanthropic work, but he also gave up some fun facts about his personal life.

When asked what he likes to do for fun, Gates mentioned reading, tennis, bridge and traveling to strange places with his children
"I like to tour interesting things with my kids like power plants, garbage dumps, the Large Hadron Collider, Antarctica, missile Silos (Arizona)"

Rumor has it, Gates' children will only inherit $10 million each. "Only"? Well, when you're worth $65 billion, $10 million is chump change.
"I definitely think leaving kids massive amounts of money is not a favor to them. Warren Buffett was part of an article in Fortune talking about this in 1986 before I met him and it made me think about it and decide he was right."

Can he still jump over chairs?
"Less than I used to. It was part of exercise for snow skiing. I still ski but I am not as hard core..."

In case you weren't aware: Bill Gates has a history of chair jumping.

When asked if anyone actually uses Bing, Gates plugs the service hard
"Seriously Bing is the better product at this point. Try the challenge. I am biased but the work to make Bing better has been amazing."

When asked what computer he uses, he, of course, says that he uses Microsoft's sold-out tablet.
"I just got my Surface Pro a week ago and it is very nice. I am using a Perceptive Pixel display right now - huge Windows 8 touch whiteboard. These will come down in price over time and be pervasive..."

Is Weezer still his favorite band?
"Weezer.... Actually U2 is a favorite.. I keep waiting for Spinal Tap to go back on tour..."

Everyone pause to picture Bill Gates listening to "Big Bottoms."

Finally, when asked what was left on his bucket list, Gates had a clear answer:
"Don't die." 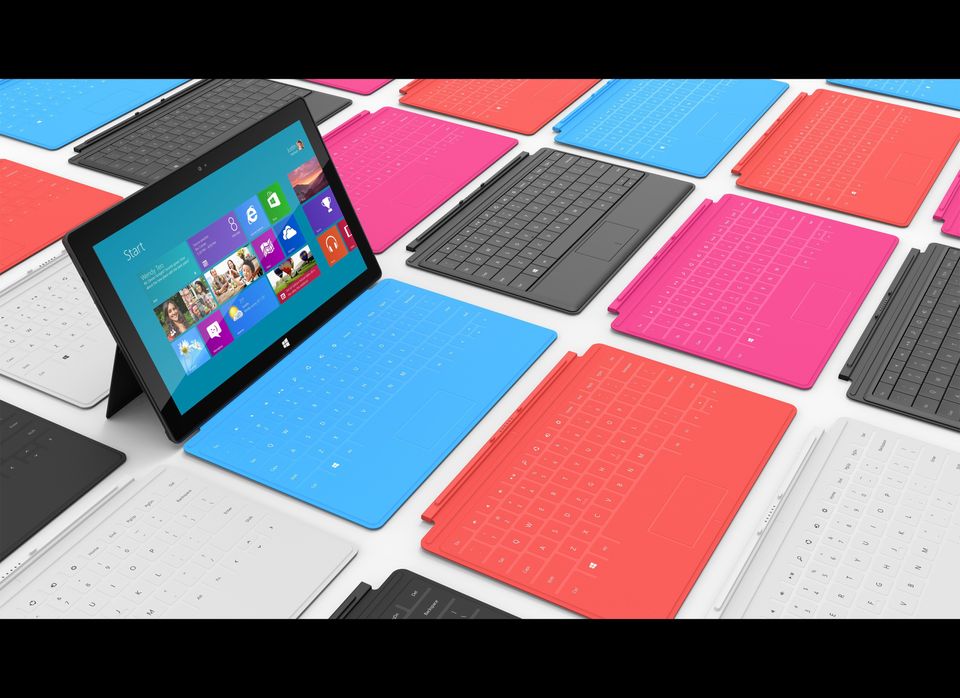 1 / 7
Touch Cover
Typing on tablet computers can be a struggle for those accustomed to PC's physical keyboards. Microsoft Surface offers a solution with a lightweight keyboard attachment that clicks into place and doubles as a cover for the device. <a href="http://www.microsoft.com/en-us/news/press/2012/jun12/06-18announce.aspx" target="_hplink">According to a Microsoft press release</a>, the 3mm detachable Touch Cover unfolds into a "unique pressure-sensitive" keypad that offers an alternative to the device's on-screen virtual keyboard. For those who crave the feel of physical keys, a 5mm-thin version, called the Type Cover, features moving keys and a <a href="http://www.wired.com/gadgetlab/2012/06/microsoft-dives-head-first-into-mobile-hardware-with-a-pair-of-10-6-inch-tablets/" target="_hplink">multi-touch track pad</a>.
AP