How often do we get to experience a “first” of real significance? Bill Jones, now a venerable 86-year-old man, did just that in the tumultuous 1960s, and he declines credit for it to boot. At a time when the country’s community closet was still considerably full and liberal use of “don’t ask, don’t tell” was the unlegislated norm for reasons more of bureaucratic than social prejudice, Bill Jones, a gay, single man in his 30s, was granted a groundbreaking wish by a knowing social worker with enough moral foresight and diplomatic sense to look -- perhaps gaze pointedly -- the other way.

From a broken home himself (his parents separated when he was two), Bill says he often felt “farmed out” to the care of others. Later, when he was only 11, his mother gave birth to Bill’s half-brother and soon passed the major responsibility of child rearing on to Bill. He took naturally and happily to the task, perhaps finding that the course of his care nurtured him, decreasing his own sense of the disconnection. The joy from the interaction likely planted the seed for his later, fatherly yearnings.

Understandably, Bill became an elementary school teacher for fourth, fifth and sixth grades, where he had the option of being a secondary parent of sorts. He still harbored the desire to be part of a family, however, and he sought out options in the U.S. and even in Cuba, which he visited in 1959 when he heard that there were large numbers of unadopted “lost” children following Castro’s Cuban revolution. He learned a hard lesson in social tolerance there when his visit to Havana was abbreviated with orders to go back, alone, to the U.S. Undeterred, he then made tentative arrangements with an American woman to provide him with her unwanted child, but was later advised against it by his attorney.

In 1967, Bill was losing options and beginning to feel defeated. Beaten at each turn, he distracted himself one night with a visit to see “Mame” (its second national tour with Angela Lansbury), and upon hearing the song “If He Walked Into My Life” was touched, brought to tears even, by the lyrics. He felt, more than ever, that he must redouble his efforts. He contacted an adoption agency led by Dorothy Murphy, and encountered a social worker by the name of Mary Davidson. They, Bill claims, are the true heroes in this story. Mary, in particular, was heroic for her efforts because she told him, as she gazed away and up at the ceiling, that she “thought gay men would make excellent adoptive parents, but if anyone actually told her that he was gay, that her agency would force her to decline such an adoption.” Bill followed her lead, feeling that she was providing support in her own way, and did not bring up his sexual orientation. The doors to adoption were opened, partly because of his teaching experience, and partly because he had additional family in the area, but largely because he was a kindly, sincere, and eager person with a wealth of love to provide a needy child -- and a lone social worker had the insight to see that.

While the first enormous hurdle was overcome, Bill struggled to find the right child. He was, to be fair, not the very first single man to attempt to adopt in California. However, in the first case, the placement did not go well and so the arrangement was dissolved. Knowing this, Bill felt some pressure to do well because otherwise it might lead to disaster for others who would follow him.

Many older children, particularly boys, were still unadopted all over the state, and Bill felt his chances were best with just such a child. He tentatively chose one and spent some time with him, but felt the boy’s issues were too great for him to overcome. The child was the son of a heroin addict and had, upon birth, gone through withdrawal as an infant. He also appeared to have some neurological disorders that limited his psychological maturation and Bill reluctantly declined to pursue his adoption further. However, knowing all too well what rejection felt like, Bill went to FAO Schwarz and bought the boy a big teddy bear anyway. He came back to the agency feeling that he could at least be more kind to the child even if he could not adopt him. Upon entering the room, Aaron, as he would later be named, called out to him and ran across the room to embrace him. That was all it took. Bill was united with Aaron and Aaron with Bill, and both of their dreams of family were, at last, realized.

As Bill relates, Aaron’s first word was “daddy” and his first sentence was “I love you.” Bill and Aaron loved each other dearly when they were a family, but their happy story had its obstacles. Aaron was largely non-verbal when Bill adopted him, but Bill made a game of learning. He printed the names of all of the objects in their home and taped them on every chair, table, lamp and television. Each night, they snuggled on the couch where Bill read to him, and it was not long before Aaron, in turn, was reading back to Bill. As he provided love and acceptance to Aaron, Bill also found himself soothing the wounds of his own childhood. It was an opportunity for both of them to heal. 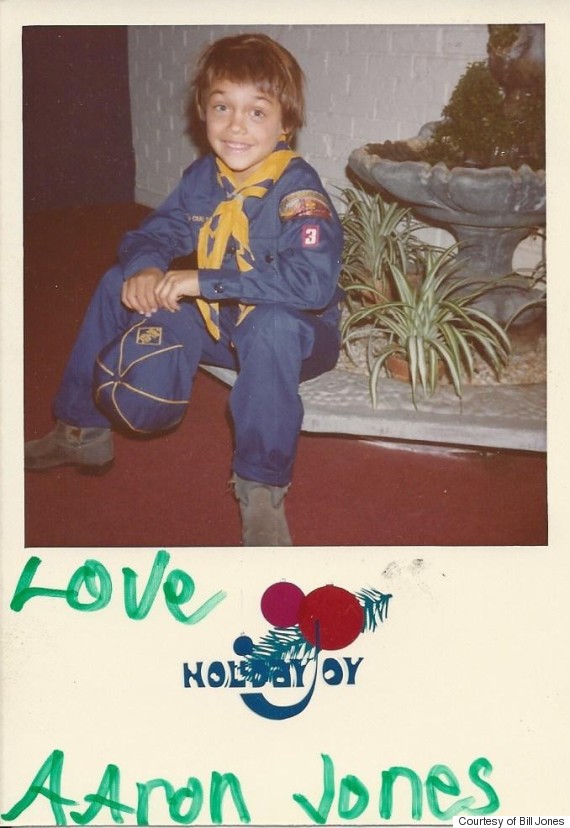 Aaron faced many personal challenges, however, and was eventually diagnosed with schizophrenia, leading to drug use later in life that ended fatally. But Bill and Aaron’s story of mutual affection is what should be most remembered here, because father and son led richer and sweeter lives as a result of finding each other.

Bill says he still cries often at the loss, but smiles often at the remembrances. We smile and cry with you, Bill. Without your courage, many children languishing in the foster care system would not be placed in loving homes with LGBT parents. Thanks for breaking ground.

RaiseAChild.US is a national organization headquartered in Hollywood, California that encourages the LGBT community and all people equally to build families through fostering and adopting to serve the needs of the 400,000 children in the U.S. foster care system. Since 2011, RaiseAChild.US has run media campaigns and events to educate prospective parents and the public, and has engaged more than 2,500 prospective parents. For information about how you can become a foster or fost/adopt parent, visit www.RaiseAChild.US.