"Growing up In Athens, my parents always had this dream for me..." began Arianna Huffington in front of a packed house Wednesday night at West Hollywood's Roxy Theater, "that I would come to America, I would work really, really hard, and I would finally be the opening act at a nightclub." And so began a raucous evening celebrating the Huffington Post's Comedy page, featuring a performance by "Real Time" host and Huffington Post mainstay Bill Maher.

In her remarks, Huffington explained that comedy has always been an essential part of HuffPost's DNA, with luminaries like Larry David, Steve Martin and Nora Ephron contributing their voices since the site's launch in 2005. In introducing Maher, Huffington noted the significance of his participation in the first public event since HuffPost's merger with AOL was announced. "There is no one who is as fearless, as passionate as relentless ... He is my first comedy love."

Maher took the stage firing on all cylinders, and as per usual nobody was safe as he tore into politicians across the ideological spectrum. The crowd became noticeably more riled up throughout the course of the hour performance, culminating in one female audience member spontaneously exclaiming "Yes, Yes, Yes!" towards the end of the show (Maher's response was not appropriate for a family-friendly publication such as this). In an era when more and more people turn to comedy to get their news, and the news media increasingly becoming a source of comedy, Maher's unique commentary on America's decline and the challenges it faces were alarming, eye-opening, but consistently hilarious.

Scroll through pictures of Wednesday's event. All photos by Wireimage. 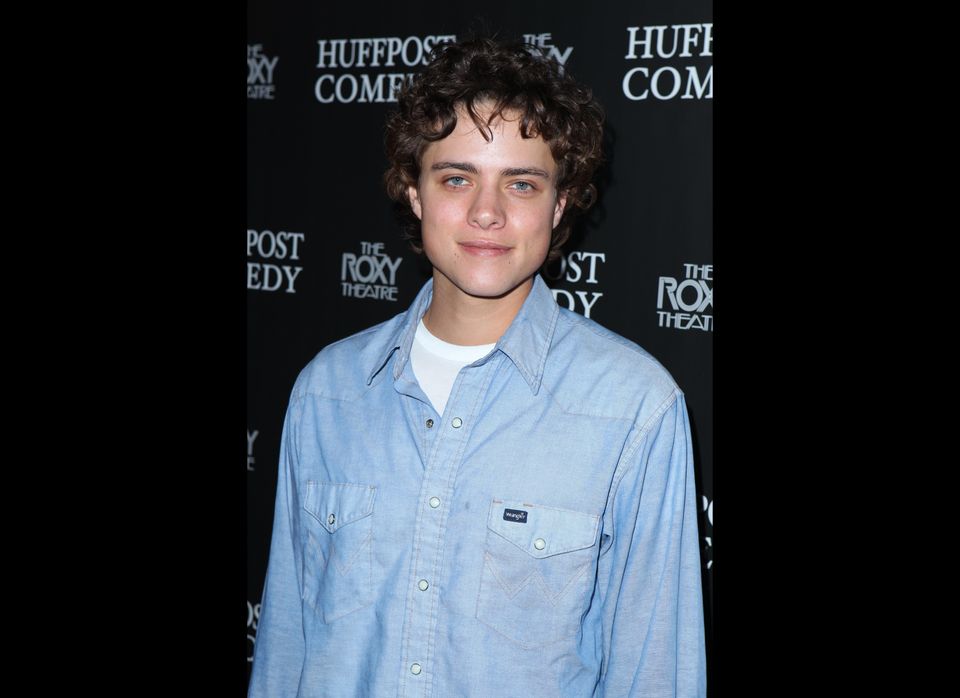