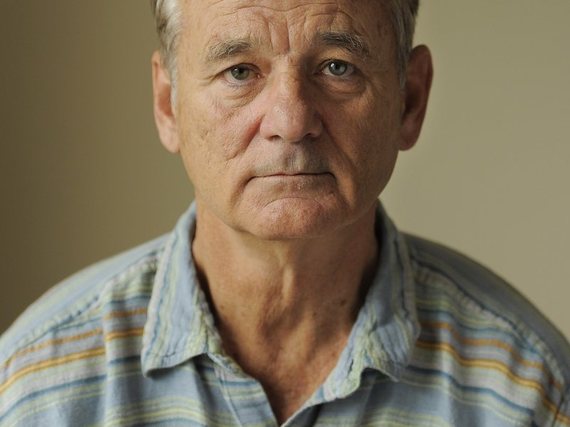 Bill Murray has been doing things his own way since the beginning of his career. Not only does he operate without an agent or manager, but he seems to make it virtually impossible to contact him. He has a PO box somewhere in America, and if you're lucky enough to figure out where it is, you can mail your scripts to him. If you're extra lucky, and we mean lottery-winning lucky, he may actually check his mail that year. It's a small miracle that he learns about any offers at all.

It's not that Murray doesn't want to work. It's just that his way of playing the Hollywood game is distinctly different from the way everyone else plays it. This isn't necessarily a star trip, either, for he liked to keep people guessing long before he was scoring at the box office with hits like Ghostbusters (1984).

For instance, Murray was so uncommunicative with the production crew of Caddyshack (1980) that they had no idea if he was going to show for his first day of shooting. Finally, just moments before his first scene was to begin, he arrived ready to bring the memorable Carl Spackler to life.

It may be an indifference to success that keeps Murray from being too readily available. Fame baffled Murray when it first struck, and he's admitted that the enthusiasm of his fans back in the 1980s was scary. "There's definitely a lot of trash that comes with the prize of being famous," Murray said. "It's a nice gift, but there's a lot of wrapping and paper and junk to cut through." 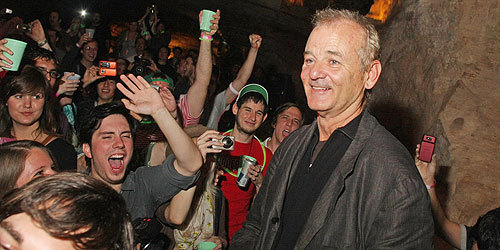 Murray's casual attitude towards the movie business has occasionally cost him roles. Some of the top directors and producers in the industry have sought him out for major parts in their films, only to be turned down or totally ignored. A commonly heard phrase in Hollywood is "We wanted Bill Murray, but couldn't find him."

As we celebrate the rascally Murray's 64th birthday, let's take a quick look at some roles he missed or passed on, and wonder what might have been. 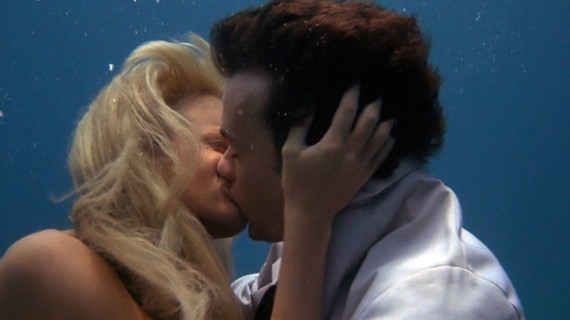 Along with such stars as John Travolta and Michael Keaton, Murray turned down the lead role in Ron Howard's Splash (1984), the so-called "Cinderella story about a man and a fish." The producers then chose relative newcomer Tom Hanks. Murray, busy enough that year with his ghost busting activities, might have made the movie funnier (strike that -- definitely would have), but I can't quite imagine him as a lovelorn fellow pining over a mermaid, even one played by the striking Daryl Hannah. Still, it would have been fun to see Murray do scenes with the late, great John Candy! 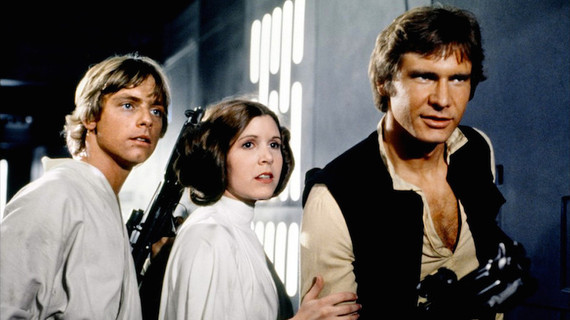 Maybe I shouldn't count the time Murray auditioned for George Lucas, who had yet to cast the Han Solo role in a little sci-fi project called Star Wars (1977). Smirking Bill Murray in control of the Millennium Falcon? Even I think that one's a stretch. Besides, Bill was virtually unknown at the time -- but of course so was Harrison Ford. Then there was the time Tim Burton considered Murray for the role of the caped crusader in the 1989 version of Batman. This isn't as strange as it sounds, since the initial idea for the production was to echo the cheeky vibe of the old TV show. Murray as a sarcastic Batman? It might've worked like ghostbusters -- I mean gangbusters. 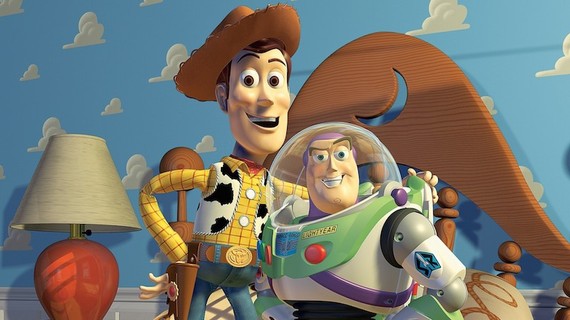 Director Robert Zemeckis and producer Steven Spielberg wanted Murray for the role of Eddie Valiant in Who Framed Roger Rabbit? (1988) But as has often happened in Murray's career, they couldn't reach him. Bob Hoskins, who wasn't known for playing comedic roles, took the part. Tim Allen also stepped up happily when Murray passed on playing Buzz Lightyear in Toy Story (1995), as did John Goodman when Bill rejected the role of Sully in 2001's Monsters, Inc. It's actually open to debate whether Murray really turned Sully down. He'd tested for the role and seemed interested, but then, (surprise, surprise) director Pete Docter couldn't find him to offer him the part. Oh well, at least Murray committed to the role of Garfield the cat. Twice. 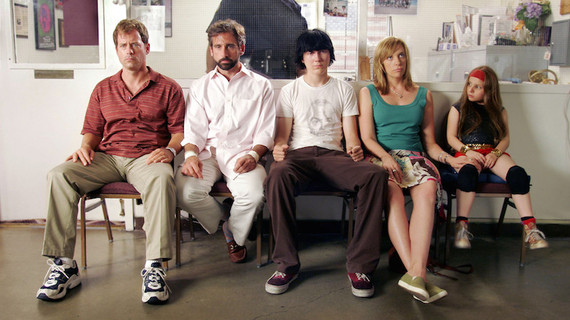 It's hard to imagine anyone but Steve Carell playing suicidal Frank Ginsberg in 2006's Little Miss Sunshine -- or is it? Truth is, the part was actually written for Murray. He would've done a great job, and maybe injected some extra nuance and poignancy into the character, but he didn't accept the role. It's a shame, really; Bill's presence would have brought a little extra "Sunshine" into all our lives. A year earlier he missed out on another intelligent drama, The Squid and The Whale. Director Noah Baumbach wanted Murray for the part of Bernard Berkman, eventually played by Jeff Daniels. We'll give you three guesses why didn't Murray get the part. That's right! Because Baumbach was unable to contact him. Bill: Pick up the phone, or better yet, get a phone! 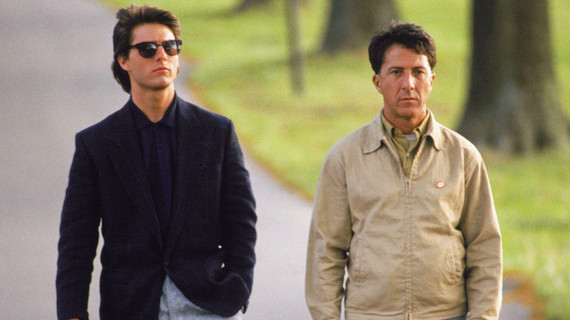 This is an occasion where it wasn't Murray's fault that he didn't score a role. Dustin Hoffman had worked with Murray in Tootsie (1982) and for Barry Levinson's Rain Man (1988), campaigned hard for him to play his brother, Charlie Babbitt. The producers, however, opted for one of the hot young stars of the moment, Tom Cruise. While Cruise turned in a respectable performance, one wonders what wise guy Murray might have done with the part. I say plenty. Of all the film roles Murray missed, this is truly the one that got away. 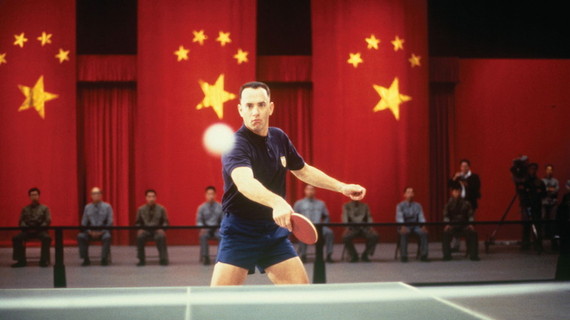 Bob Zemeckis was still trying to hire Murray to star in a movie, and actually got in touch with him for 1994's Forrest Gump. Unfortunately, Murray didn't care for the script (so I'm not the only one), and turned the title role down flat. So, Tom Hanks nabbed it and scored his second Oscar. Hanks should send Murray a thank-you letter every year for turning down Splash and Gump. On second thought, sending Bill a note might not be a good idea -- he'll never receive it!

______________
Best Movies By Farr gives you the best movies to stream, rent, or buy with just one click! We go beyond the expected, spotlighting outstanding titles you may have missed, overlooked or forgotten about. Start watching wiser today -- find your next favorite movie with Best Movies by Farr.