It raised a few eyebrows when the casting was first announced, but these first photos of Bill Murray playing President Franklin D. Roosevelt make clear that the "Ghostbusters" star was the perfect choice for the job.

Murray chomps cigars and charms in the batch of stills from "Hyde Park On Hudson," an upcoming film from Focus Features that recounts the story of the British King and Queen's visit to Roosevelt's vacation home in 1939. The picture will mix political wrangling, with the royalty looking to the US for support in the inevitable war with the Nazis, and domestic drama, giving focus to Roosevelt's alleged affair with his distant cousin and confidant, Daisy Suckley.

The film, in fact, will be told through the eyes of Suckley, who will be played by Laura Linney. Olivia Williams takes on the role of Eleanor Roosevelt, while Samuel West and Olivia Colman will play the King and Queen, respectively.

PHOTO GALLERY
Photos From 'Hyde Park on Hudson'
Download
Calling all HuffPost superfans!
Sign up for membership to become a founding member and help shape HuffPost's next chapter
Join HuffPost
Voting Made Easy
Register to vote and apply for an absentee ballot today
Register now 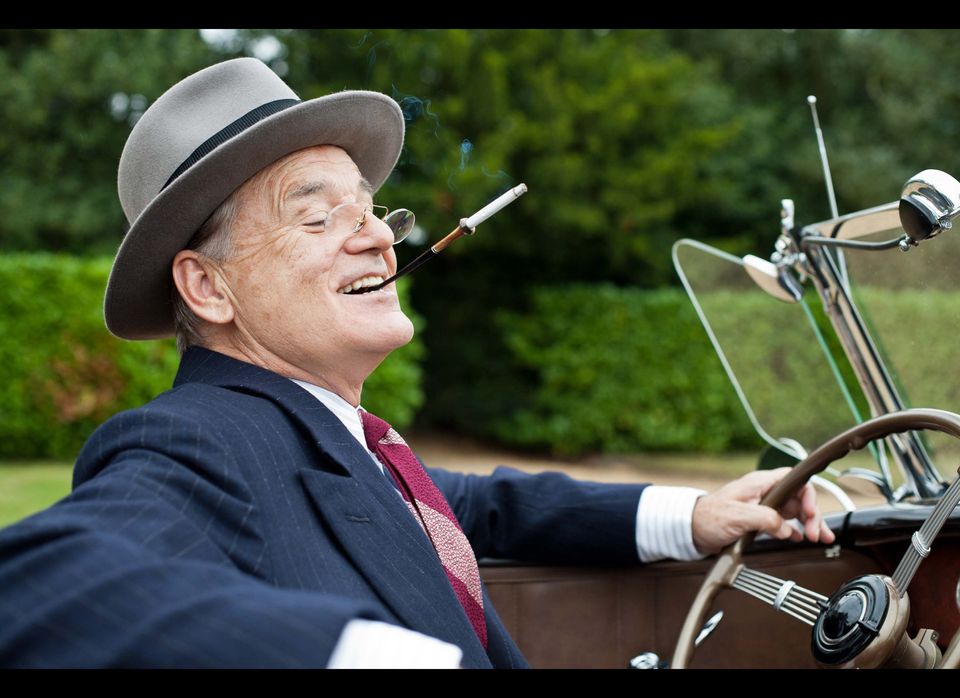