After No. 7 Wisconsin knocked off No. 2 Xavier with a buzzer-beater to reach the Sweet Sixteen on Sunday, fans of either side could only feel amazing or horrible -- if they didn't, they aren't real fans.

As such, two of the biggest fans for each team did the best they could do personify the emotions of their respective fanbases. First, we have Charlotte Hornets big man Frank Kaminsky, who this time last year was in the middle of pulling his Wisconsin Badgers to the NCAA Championship Game. Understandably, Frank Kaminsky was happy.

Next, we have professional funnyman Bill Murray. As a Xavier fan, Murray was not in the mood for jokes. He was in no laughing mood. His team had just been devastated. As such, Bill Murray was sad.

If there is a moral to this story, it is that happiness must always be accompanied by the pain of another. There can be no other lesson.

PHOTO GALLERY
A Man Fights With His Poncho 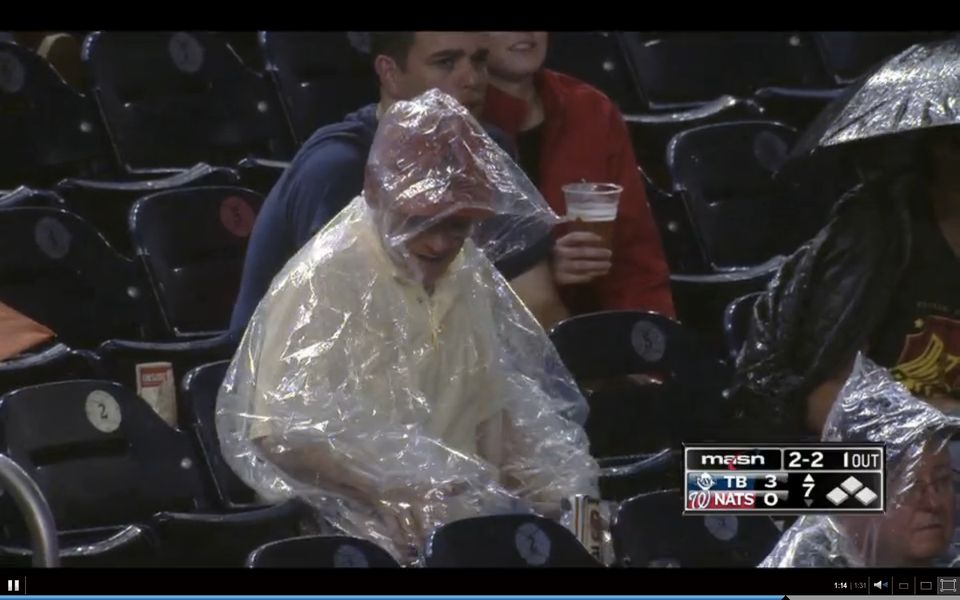