As if being one of "Saturday Night Live's" earliest cast members, starring in a ton of beloved comedies from "Caddyshack" to "Zombieland," and his many notable late night appearances weren't enough, Bill Murray has solidified his place in history by making random strangers' dreams of partying with him come true.

Seriously: is there anything this man can't do?

Scroll down to see a pretty thorough breakdown of William James Murray's lifetime accomplishments in a convenient infographic that was just posted to Reddit ahead of his 63rd birthday this weekend. And remember, if you do encounter Murray in the wild, be sure to snap a photo because no one will ever believe you.

Correction: This post originally stated that Bill Murray was on the original cast of "SNL." However, he first appeared on the show's second season. 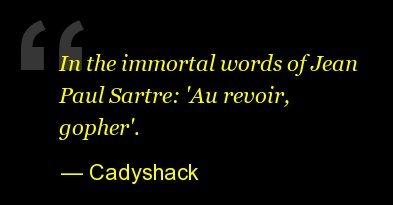