No one makes an entrance like Bill Murray -- and he made one of his messiest entrances ever for his final appearance on "The Late Show with David Letterman."

When Letterman introduced the comedic actor on Tuesday night, the curtain opened and revealed...a cake. With Murray inside.

While at least part of the cake appeared to be a prop, Murray emerged covered in cake and frosting. And he wasn't shy about sharing it.

In the past, Murray has entered the show as Liberace, Peter Pan, a dumpster diver, a marathon runner and wearing a tux after supposedly waterskiing at George Clooney's wedding.

Murray and "Late Show" bandleader Paul Shaffer also go way back. The two worked together on "Saturday Night Live," where Shaffer was the pianist to Murray's Nick the Lounge Singer character.

Shaffer told The New York Times on Tuesday that the Nick sketches caught Letterman's eye, and helped him land the gig as leader of "The World's Most Dangerous Band" for Letterman's "Late Night" show and eventually as head of the "CBS Orchestra" on the current program. 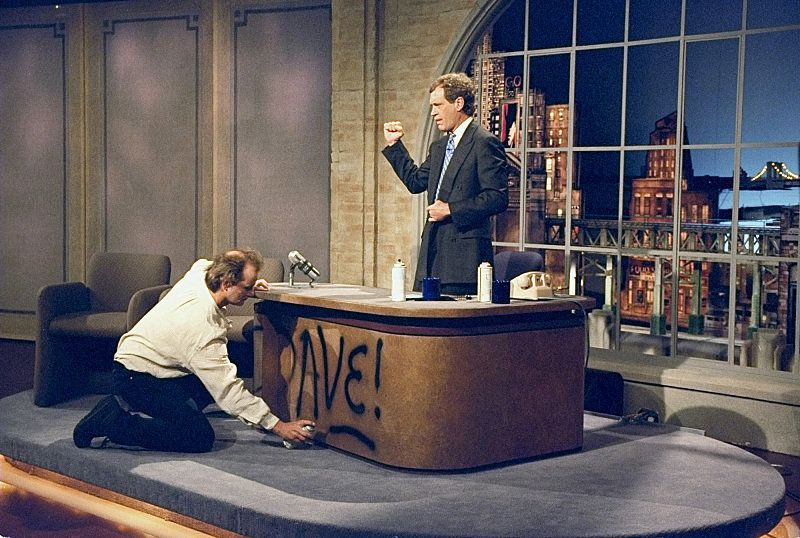