Bill Murray occupies a rare echelon of famous living personalities that are so great, it's easy to forget there's an actual human behind the character we think we know. There is, however, and Murray, both in his professional and personal life, has become a contemporary prophet for a forever young America.

The latest sign? Murray recently crashed a bachelor party and offered some wisdom to the drunk partiers, an exchange caught on tape that promptly went viral. We can only imagine how many young lovers will take his words to heart. For those who missed the sermon:

"If you have someone that you think is the one... don't just sort of think in your ordinary mind and think, OK let's make a date, let's plan this and make a party, we'll get married. Take that person and travel around the world. Buy a plane ticket for the two of you to travel all around the world and go to places that are hard to go to and hard to get out of. And if when you come back to JFK, when you land in JFK, and you're still in love with that person, get married at the airport."

Sure, Murray's authority in the area of love may be a little suspect given allegations of adultery and neglect, among others, that came up in his latest divorce in 2008. But we're willing to bet there are a vast number of people who would take their dates to the edge of the cosmos if Murray suggested it. This is a man whose words are truly heard and to whom attention must -- or at the very least, will -- be paid.

Whether you're already a believer or yet to be converted, here are some lessons you can learn from the prophet Bill Murray.

1. Be an individual who also takes care of others.

While appearing on CNBC's "Squawk Box", Murray shared this views on the importance of individualism and how to survive in America:

"I think we ought to be personally responsible...I think if you can take care of yourself, and then maybe try to take care of someone else, that's sort of how you're supposed to live," he said. "We forget the kind of discipline [early Americans] had to have... They came in wagons and the wheels broke... There was no option but to do it yourself, to have your own responsibility. There is no turning back. There is no turning back."

2. Be open to all possibilities. 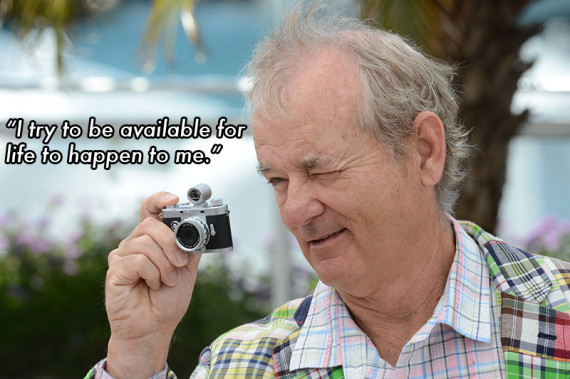 In an interview with Murray earlier this year, Charlie Rose worried that the actor's life hadn't been "carefully thought out" or "planned." But Murray explained why he thought this was a good thing:

"I live a little bit on the seat of my pants, I try to be alert and available," he said. "I try to be available for life to happen to me. We're in this life, and if you're not available, the sort of ordinary time goes past and you didn’t live it. But if you're available, life gets huge. You're really living it."

3. Try not to focus on the bad -- stay optimistic.

Dave Itzkoff of the New York Times asked the actor about the serendipity in his life, wondering how he seems to keep stumbling from wonderful moment to wonderful moment. Murray chalked it up to hope:

"You have to hope that [good things] happen to you... That's the only thing we really, surely have, is hope. You hope that you can be alive, that things will happen to you that you’ll actually witness, that you’ll participate in," he said. "Rather than life just rolling over you, and you wake up and it's Thursday, and what happened to Monday? Whatever the best part of my life has been, has been as a result of that remembering." 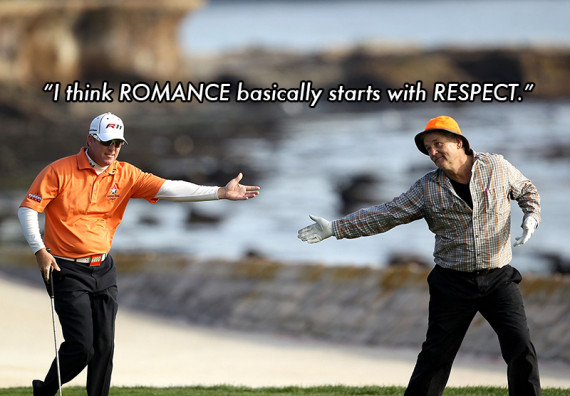 As part of promoting "Lost In Translation," Murray was asked by an interviewer on About.com about romance. While Murray has faced allegations of a troubling romantic past, his views here are undeniably sweet:

"You seem to have it pretty figured out, Max. What's the secret?" Tom Huddleston of Time Out Magazine put this question to Murray, cribbing a quote from the actor's character in "Rushmore." Murray's real-life answer? Living in the present:

"As I once said to one of my brothers, 'This is your life, not a rehearsal,'" he said. "Somewhere there’s a score being kept, so you have an obligation to live life as well as you can, be as engaged as you can..."

6. Be someone at all times. 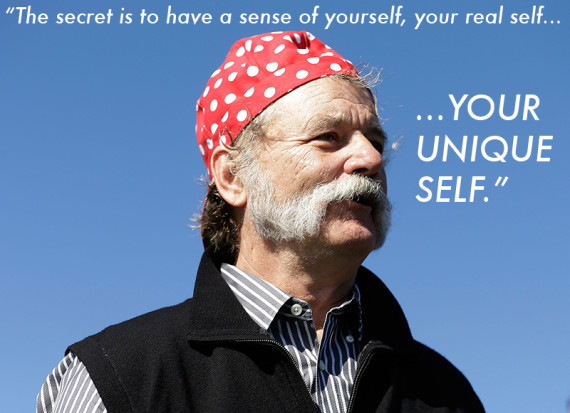 Murray also noted to Time Out that living an active, engaged, present life means knowing who you are as a person, and living that out each day:

"The human condition means that we can zone out and forget what the hell we're doing," he said. "So the secret is to have a sense of yourself, your real self, your unique self. And not just once in a while, or once a day, but all through the day, the week and life. You know what they say: 'Ain't no try, ain't nothing to it but to do it.'"

Reflecting on his early days as an actor to Garth Pearce of the Guardian, Murray said he felt as if he "did not start learning" until his "Saturday Night Live" days. But that didn't lead him to regret the years or experiences that came before:

"I made a lot of mistakes and realized I had to let them go," he said. "Don't think about your errors or failures, otherwise you'll never do a thing." 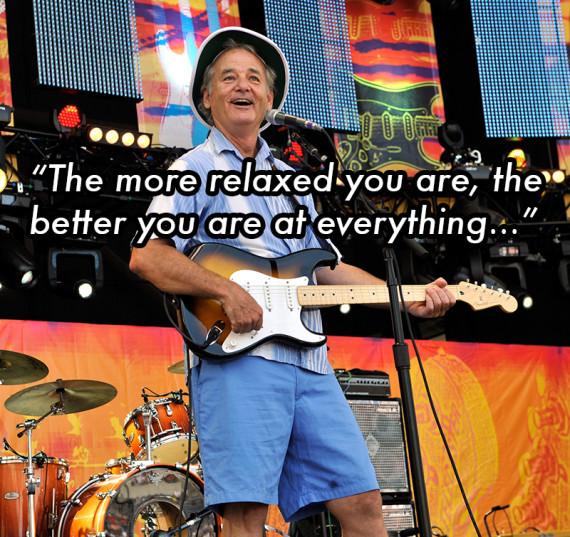 This line, from an interview in the New York Times, seems like the perfect mantra to sum up the legend. This, as far as we can tell, is Bill Murray in a nutshell: