You can barely see the interview, which was posted to Facebook by MLB on Fox, thanks to all the celebratory Champagne being sprayed around the locker room.

“You’re particularly dry, though,” he said to Epstein before dumping Champagne over the team president’s head. 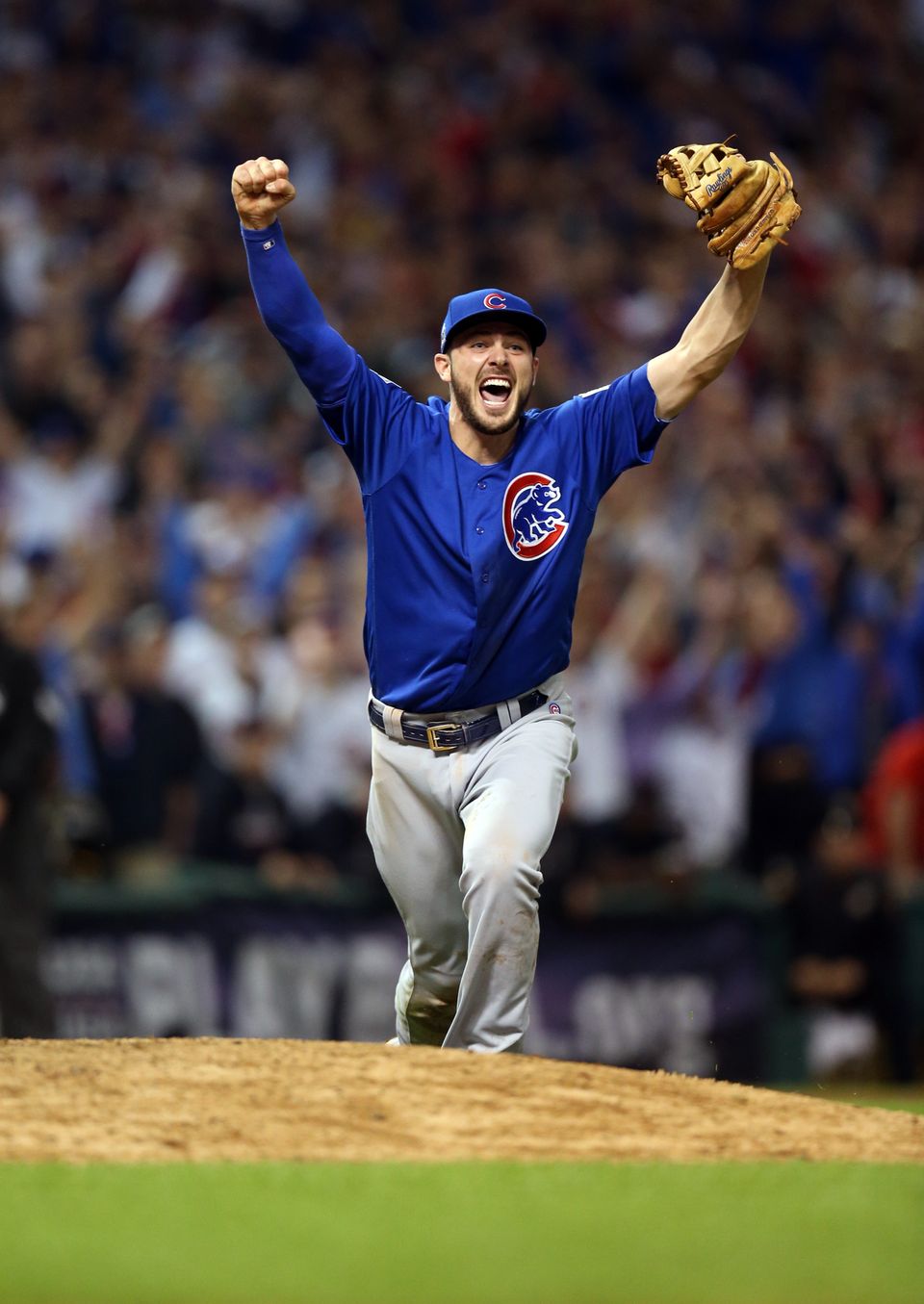