Donald Trump's divisiveness and anti-intellectualism will hinder his success in the general election, particularly with younger voters, activist and educator Bill Nye said this weekend.

"Built into the system is change -- and I think the conservatives are gonna have to change," he told The Huffington Post at the 2016 Reason Rally.

Trump is increasingly becoming a concern for both liberals and conservatives, Nye said, adding that Republicans will have to embrace a new ideology if it wants to succeed in November.

"I don't think you can get elected to the U.S. presidency without a substantial number of millennial votes," he said. "I won't be surprised if the guy running for president all the way down the ticket -- if conservatives have an epiphany or a change of heart, or start telling a different story after the convention, because they need to engage some fraction of people your age."

Earlier this week, Trump doubled down on his bigoted attacks against U.S. District Judge Gonzalo Curiel, who is presiding over lawsuits involving Trump University. Trump has claimed the judge is unfit to rule on the cases because of his Mexican heritage. Curiel was born in Indiana.

A number of GOP senators have pushed back against Trump's racism, with some going as far as to say they could no longer support the party's presumptive nominee. It's something, but is it too little, too late?

Bill Nye: The GOP Is Toast Unless It Has An 'Epiphany'
White House Science Fair 2016 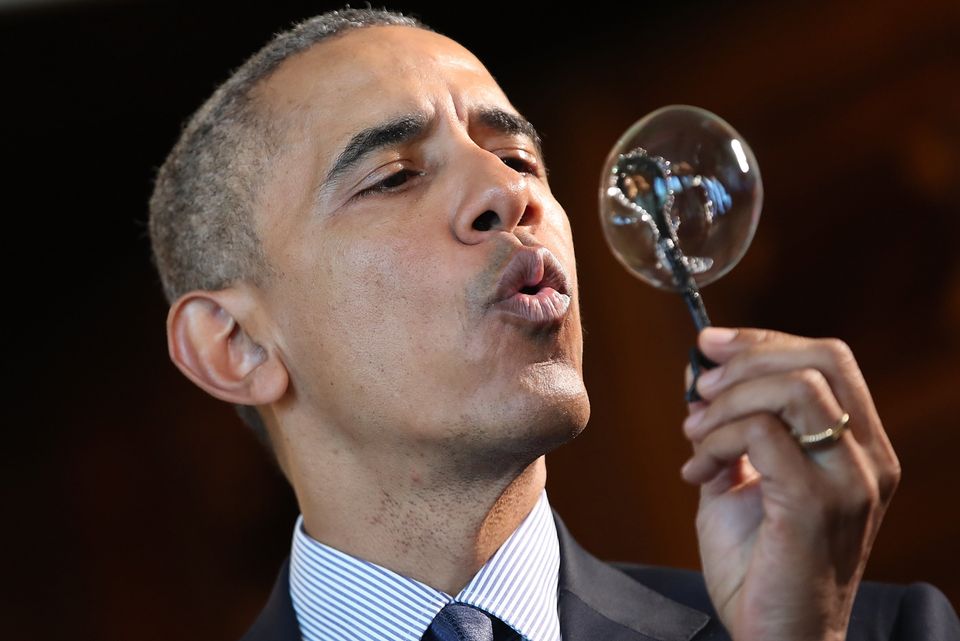 1 / 7
U.S. President Barack Obama blows a bubble from a bubble wand made with a 3D printer by nine-year old Jacob Leggette while touring exhibits at the White House Science Fair April 13, 2016 in Washington, DC.&nbsp;
Win McNamee via Getty Images