Bill Nye is the consummate scientist -- with a flair for humor. "Bill Nye the Science Guy" was born after he won a Steve Martin look-a-like contest circa 1978, eventually showcasing his scientific knowledge on PBS from 1993 to 1998. In case you're not sure where else you've seen him, he also hosted "The 100 Greatest Discoveries," Science Channel; "The Eyes of Nye," PBS; and "Stuff Happens," Planet Green.

Most recently the scientist/engineer/comedian/author/inventor tested his dancing skills on Dancing With the Stars (where he was eliminated in week three partially due to a bad boo-boo, tearing his quad in week two. Nye will soon appear on the CBS hit sitcom The Big Bang Theory alongside comedy legend Bob Newhart (scheduled to air on Nov. 7).

Our favorite mechanical engineer sat down with The Huffington Post to discuss how the lovable Newhart frighted him on the set of The Big Bang Theory (funny!); why we should be very, very afraid of how climate changes will affect the human race in the next 50 years; his take on the evolution of mankind; extraterrestrials (do they exist?); time machine (possible?); and why he would want to go 100 years into the future.

How's your leg doing after your little accident on Dancing With the Stars?

It's healing, but that was hugely disappointing.

How did you get the gig on DWTS?

I have an agent and in making the rounds you call Dancing With The Stars. I'd been after them in a sense for several years and they finally... I'm pretty sure what happened, my Twitter following got big enough where they agreed to have me on.

Were you out of your comfort zone once you started dancing?

Well, no. I love to dance. I thought it was great and I've done a lot of social dancing, swing dancing. It's very different.

So you're quite the dancer then.

No. If I were quite the dancer, I don't think my scores would have been extraordinarily low. (Laughs)

OK, you're quite the swing dancer then. Ballroom dancing must be a whole different animal.

The so-called international style literally starts on the other foot which was interesting.

The fans loved you. Did you feel the love?

Cool, yeah. I think it affected the judges when people started cheering. The judges kind of said, 'Who the heck is this guy?'

How did you get the gig on The Big Bang Theory?

That was so much fun. I met Bill Prady (TV writer/producer) a couple of years ago and we talked about this and that. I said I'd really like to be on the show. I feel like I'm a logical guy for that show. I guess he thought about it long enough and eventually a role bubbled up for me.

Were you familiar with the show?

Oh my goodness. I could say I never miss an episode. Yes, I watch it all the time.

How do you relate to those adorable, geeky physicists on TBBT?

Were you at all socially challenged like Sheldon when you were growing up?

I don't think I was quite like Sheldon. Once in awhile his character is so over the top that you've got to hold back, but I can quote original Star Trek lines without any trouble at all. I'm too old by about maybe five years to have played Dungeons and Dragons with that kind of seriousness, but I know those people. I've worked with those people.

Tell me about working with Bob Newhart.

It was just fantastic. The guy is just a consummate pro. I remember this one moment in the script where he's angry with me and he just scared the daylights out of me. He came at me, "Back off!" It was really cool. It was really exciting. Then I got into it. I had no trouble at all.

What did you find out about Bob Newhart that you didn't know before you worked with him?

I don't know. He brings it every time. It wasn't surprising that he's so good, but it was gratifying and fun to work with him. I didn't find out that he doesn't like green M&Ms or something. We didn't talk about that. We talked about comedy... Bob agreed to do Big Bang because he was so impressed with the writing.

Bob Newhart knows a thing or two about good writing.

Under the category of things I didn't know about you, I read that you won a Steve Martin look-a-like contest in Seattle.

Yes, there were more than two dozen contestants... in those days there were no video tapes, there were no cell phone cameras everywhere the way it is now. You can have a meteor fly into the sky over Chelyabinsk, Russia and there's hundreds of videos, but in 1978 the world was not quite that way. My claim is that I understood what Steve Martin was driving at in a way that the other people didn't quite get. Having read his book, "Born Standing Up," I stand by that claim.

Who was your science hero when you were a kid?

Well, this is an interesting thing about The Big Bang episode. I grew up with Mr. Wizard. I was literally fascinated with Mr. Wizard and I met him much, much later in life. He did not disappoint.

Mr. Wizard used to make science interesting. You did five years of Bill Nye the Science Guy and you have a way of making science fun also, so why aren't there more science teachers like you and Mr. Wizard out there?

The thing is to start early and to raise expectations. Girls in general are better at school. When they're in middle school, they're better at math. They're better at everything generally because, it's not my idea, it's generally accepted that girls mature more quickly, by a year or two. In a sense they have better cognitive skills and stuff in eighth grade than boys do. I'm not an expert on that, but it's generally agreed that if you have high expectations of girls early on they will do better. The same is true with boys' handwriting. Boys have bad handwriting.

Do you think creationism (humans are a result of a higher power) should be taught alongside evolution in the classrooms?

There's no way to prove that, but you can show that species change with millennium, with billions of years and it is very, very reasonable that we have a common ancestor and that's why we all have the same DNA. By all, I mean not just humans, humans and oak trees, humans and sea jellies, humans and bacteria have so much in common.

When you say common ancestor, do you mean that we evolved from the apes?

Not from an ape. We evolve from an animal that preceded apes and preceded humans. This can be shown readily by studying species and especially studying DNA. It's quite a striking insight that Charles Darwin and Wallace produced the theory of evolution without knowing what DNA is. They didn't have the technology to discover DNA, yet his inferences were absolutely dead on, were absolutely correct. That just, for me, fills me with reverence and joy.

Do you believe in extraterrestrials and life on other planets?

There almost certainly has to be life on other planets. That you can have that many planets and not have something alive there is for me incredible. However, it is quite a step to take it from there's life on other worlds to aliens visit us regularly and they took samples from your nose and no one can see them.

People have been claiming they've seen spaceships from outer space for many years.

Do you think it's possible they would?

It's possible, but very, very unlikely because of the extraordinary distances between objects in space. It's hard to grasp. Understand we're sending a mission to the planet Jupiter that left in 2011. It won't arrive at Jupiter until 2015. Jupiter is right down the solar system street. It's just things are amazingly far apart in space. It's an idea that's really hard for most people.

What else can be invented that hasn't been invented?

Infinite number of things will be invented.

I hope someday someone will invent a time machine. Is that possible?

Apparently you can have a time machine, but you can only go back in time to when the machine was built, which is a real constraint.

Maybe I'm not understanding your answer. If someone builds a time machine you're saying they can only go back to a certain point in time?

That's because our current understanding of the laws of nature... Furthermore in this time machine that people have theoretically proposed, you would be accelerated at such extraordinary high levels that you'd be killed. You'd be crushed. There's some issues.

In theory, if you could go back in time 100 years or forward 100 years, which would you choose?

I would want to go forward and it would have to be 100 years.

Because the next 50 are going to be really stressful... because of the climate change. Billions of people are going to, if not die, have their quality of life so dramatically lower than it is now.

Well, climate change is going to cause displacement of enormous populations.

Is there anything we can do to prevent that at this point?

Changing the subject... If your fans want to get to know you better, what would people be surprised to know about you that they don't know now?

I don't use a hair dryer. 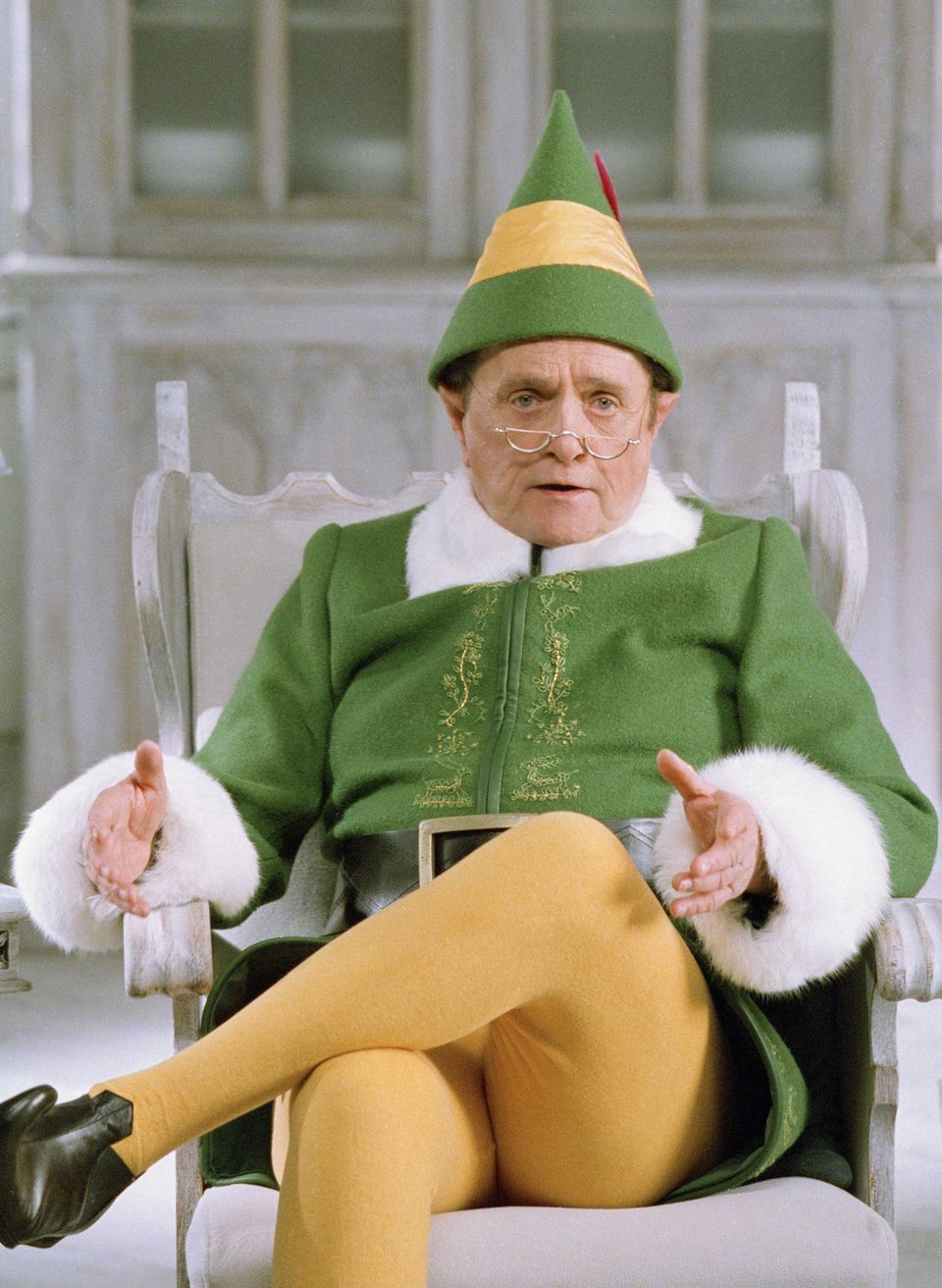