Walters started sharing information about the self-made billionaires she interviewed for her special report. She seemed a tad surprised by O'Reilly's reaction.

"No, you don't have to tell me about them. People can watch your special," O'Reilly said. Walters' mouth fell open but the seasoned reporter went with the flow and moved on to discussing Occupy Wall Street and her special on Bernie Madoff.

Barbara Walters differed with O'Reilly when he described Occupy Wall Street protesters as individuals who would prefer America be "quasi-socialist."

When O'Reilly discussed Walters' special on Bernie Madoff, he described the former financier as a "thug," "narcissist," and a "sociopath." Walters agreed that he "may be those things," but attempted to share other pieces of information about the criminal.

"You don't sympathize with him do you?" O'Reilly asked. "You're asking me what he said. I'm reporting, I'm not sympathizing." Walters said.

She must have had an exhausting day talking about her Madoff special. Earlier on Thursday, her "View" co-hosts also wondered if Barbara sympathized with Bernie Madoff after interviewing him.

View O'Reilly's interview with Walters below. Scroll down for a slideshow on Occupy Wall Street. All photos are courtesy of Getty. 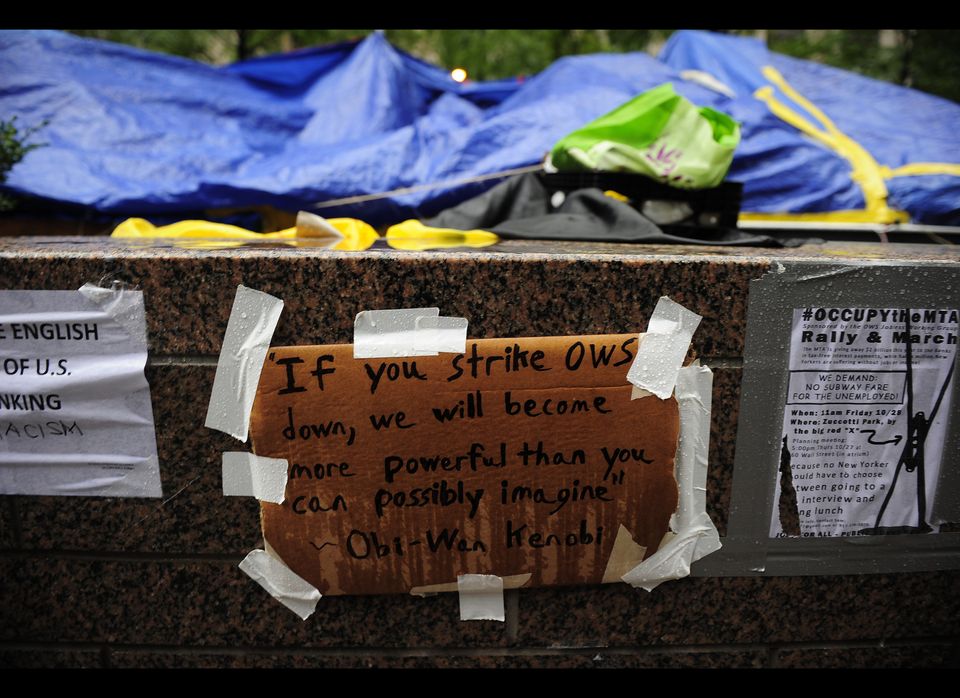