Bill O'Reilly and Jon Stewart faced off in a spirited debate on Saturday night.

Though the "Rumble In The Air-Conditioned Auditorium" was far from the first time the two men have duked it out, the debate lasted much longer than any of their previous on-air skirmishes, and was held at a university in Washington, DC, not on television.

It was also not free to watch: you had to pay $4.95 to have the debate livestreamed on your computer.

Moderated by former Fox News and CNN anchor ED Hill, Stewart and O'Reilly clashed over the role of government, President Obama's foreign policy, Social Security and Medicare, and the media industry, among other things.

Stewart's opening line was typical of the tenor of the exchanges: "My friend Bill O'Reilly is completely full of shit."

At another point, the two argued about whether or not America had become more of an "entitlement society" under President Obama.

"They advertise on the radio for food stamps!" O'Reilly said.

Below, see how the debate played out in real time. 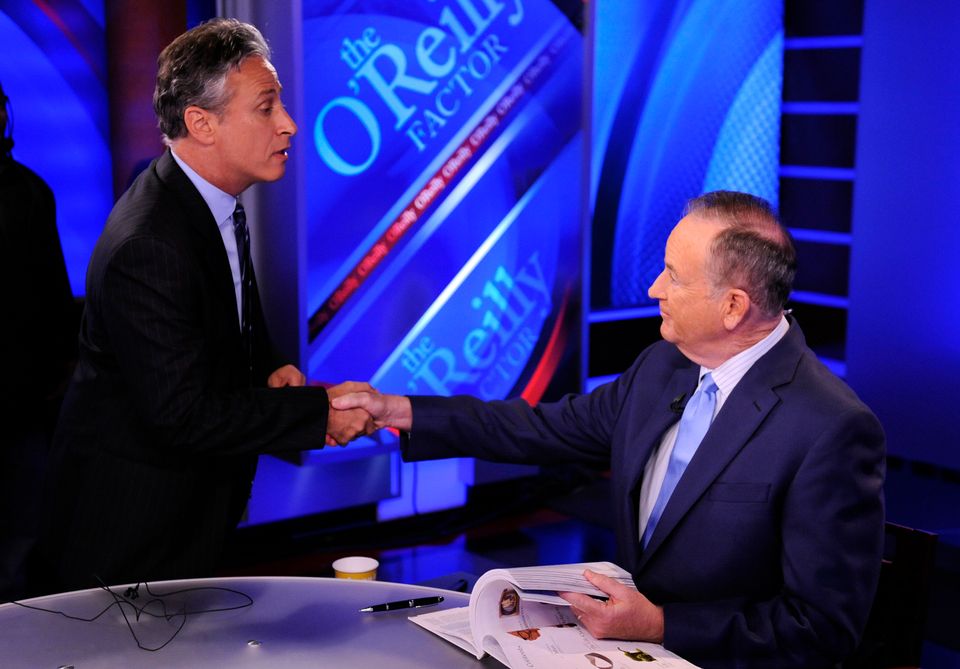