An incensed Bill O'Reilly tore into the federal court that declared California's Prop. 8 unconstitutional on his Tuesday show.

The 9th Circuit Court Of Appeals issued its ruling on Tuesday, saying that the 2008 law banning gay marriage in the state "serves no purpose, and has no effect, other than to lessen the status and human dignity of gays and lesbians in California," and was therefore in violation of the Constitution. This made O'Reilly quite the unhappy camper.

Speaking to analysts Lis Wiehl and Kimberly Guilfoyle, O'Reilly scoffed at the notion that judges could have any say in deciding such matters.

"Basically just two judges said, 'you know what?' We don't really care about yooouu!" O'Reilly said, dragging out the last word sarcastically. "What you want really doesn't matter, because we say this is unconstitutional to deny gays the right to marry."

Wiehl said that this was indeed what happened, but that the judges were well within their rights to make such decisions.

"These two judges could find no legitimate reason that people shouldn't be allowed [to marry]," she said. "Do you think they looked for a legitimate reason?" O'Reilly interrupted. "Because I don't!" He said that voters clearly wanted to send the message that "society is stronger" without same-sex marriage.

"Isn't this judicial activism?" he asked. Guilfoyle, surprisingly (since she was married to then-San Francisco mayor Gavin Newsom when the city unilaterally began issuing same-sex marriage licenses in 2004), agreed with him, saying the decision was "stripping the will of the people of the state of California."

O'Reilly and Wiehl then got into a shouting match after Wiehl said that the right to marry was one regulated by the states and not written into the Constitution. O'Reilly said that, if this was the case, then courts should have no place in deciding the constitutionality of any marriage law. Wiehl said that courts had to decide whether rights that had been "bestowed" could be constitutionally taken away. This really got O'Reilly mad, and he slammed his hand on the table. 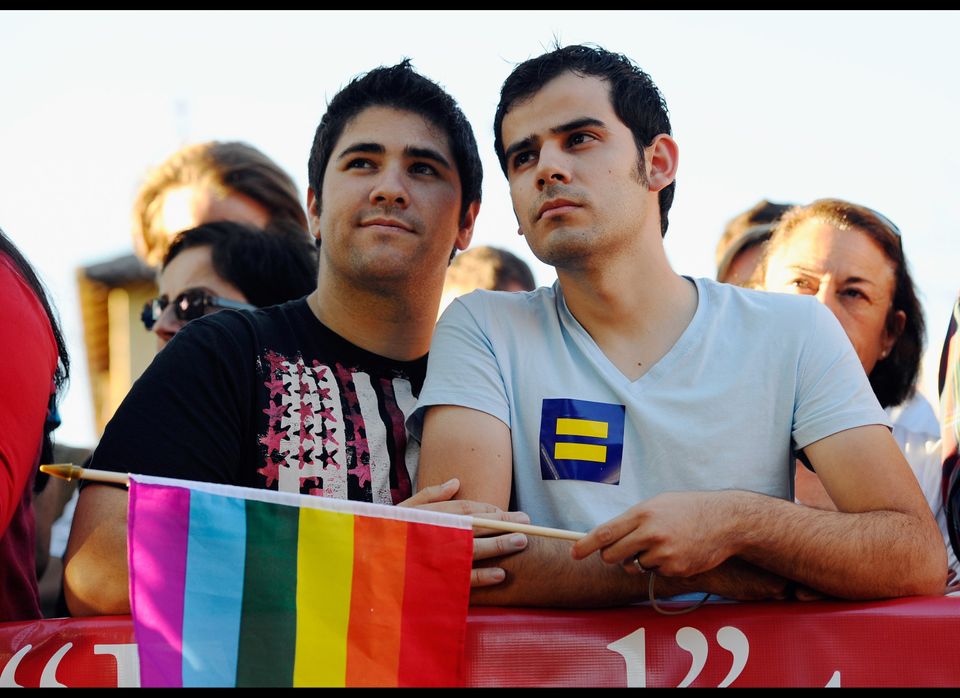