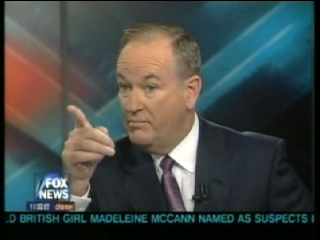 Last Friday evening, Media Matters published an entry about Bill O'Reilly, focusing on comments made by O'Reilly on his Sept. 19, 2007, radio show. O'Reilly was talking about going to dinner with Al Sharpton at Sylvia's, a famous restaurant in Harlem, in the context of generally discussing the black experience in America and the perception of black culture by whites. It is, however, the perception of black culture by one white — O'Reillly — which is at issue here with this statement :

"[W]e went to Sylvia's, a very famous restaurant in Harlem. I had a great time, and all the people up there are tremendously respectful. They all watch The Factor. You know, when Sharpton and I walked in, it was like a big commotion and everything, but everybody was very nice.

"And I couldn't get over the fact that there was no difference between Sylvia's restaurant and any other restaurant in New York City. I mean, it was exactly the same, even though it's run by blacks, primarily black patronship."

Media Matters has the full clip and quote here.

The item was picked up across the liberal media, at TPM and Kos, and then wider, by the Village Voice and the Onion AV Club. Then this week, CNN picked it up — wondering if it was his "Imus Moment" — running numerous segments about it with Rick Sanchez on Monday evening and "American Morning" yesterday, followed by more with Sanchez yesterday afternoon and last night. On MSNBC, both Keith Olbermann and Joe Scarborough addressed the episode, on Monday night and Tuesday morning respectively. Today, the moment goes mainstream, with an AP story by David Bauder — picked up in hundreds of newspapers across the country.

This story, it would seem, has tipped. So what happens next?

That remains to be seen. So far, O'Reilly has defended himself, both to Sanchez on CNN and on his own website, calling Media Matters a "far-left smear website." Fox echoed that line in its statement to the AP ("This is nothing more than left-wing outlets stirring up false racism accusations for ratings"). But it 's out of their hands now.

Now, it's about how the story plays out — and catches on. With this AP pickup, the story will be blasted wide across blogs and other newspaper outlets (the NYT's Mike Nizza wrote of it on "The Lede" blog last night; the NYDN has their own story today). Watch for it on network news tonight — ABC News has their own story on it today — and that will no doubt trickle down to the morning shows — and their huge mainstream audiences. CNN and MSNBC have obviously found it, and it's likely that O'Reilly, never shy about defending himself, will make this an issue on his show. Letterman, Leno, Stewart, Colbert, Conan and the gang are sure to follow. Also, this is just a hunch, but someone will probably ask people like Kanye West and Nas what they think.

Upshot: The story is bigger than an initial left-right online flamewar, and is perfectly poised to grow — just like Imus. Should O'Reilly be worried? Well, yes, that was a freaking gong show, exacerbated by Imus' non-apology followed by his non-apology apology. But there is a difference here, a big one: Imus' "nappy-headed hos" remark was clear-cut, shocking racism with a hefty dash of sexism to chase. O'Reilly's comments were ignorant as hell and betrayed some preconceived notions, that's for sure, but if you read his comments in full, they read like "clueless white guy" rather than "deliberate racist." A comment that has been taken out of context is this one:

There wasn't one person in Sylvia's who was screaming, "M-Fer, I want more iced tea."

Sounds awful, to be sure, but it makes sense in context, following as it did this comment:

"[T]his is what white America doesn't know, particularly people who don't have a lot of interaction with black Americans. They think that the culture is dominated by Twista, Ludacris, and Snoop Dogg."

Fair comment? Reader, decide for yourself but in the meantime I refer you to the lyrics for "Gin & Juice."

Speaking of being fair, it should also be noted that the premise of the discussion — with Fox News' Juan Williams, who is black — was about his perception that black Americans were moving away from being dominated by racial issues: "starting to think more and more for themselves. They're getting away from the Sharptons and the Jacksons and the people trying to lead them into a race-based culture." O'Reilly also prefaced these remarks by acknowledging the "very, very tough go of it" that has defined the history of blacks in America (to put it mildly, obviously), and further noted that "I don't think there's a black American who hasn't had a personal insult that they've had to deal with because of the color of their skin. I don't think there's one in the country."

If you read the comments from beginning to end it is not difficult to conclude that O'Reilly betrayed his own ignorance and preconceptions by his remark about Sylvia's. He made assumptions about what "white America" thought of "black Americans" unsupported by any data, other than his perceptions of an Anita Baker concert and his perception of rap music. Hearing him say "I like the soul food" sort of makes you feel a little uncomfortable, even though there's nothing inherently wrong with the statement. But the overarching theme of the segment was about commonalities between black and other cultures within American culture, and why the stereotypes being cited were becoming obsolete. Said O'Reilly:

Media Matters spokesperson Karl Frisch described O'Reilly's comments as "ignorant and racially charged." Ignorant? Totally. That Sylvia's comment will make you cringe, again and again, despite the apparent lack of malicious intent. Racially charged? Well, they sure are now.