Bill Schmid was out for the evening with his wife, Cathy, when she suddenly had the feeling she should call home to check on their 8-week-old daughter, Haley.

They were too late.

Haley's nanny had just checked on the sleeping baby in her crib, and found she was not breathing. By the time the Schmids got home, Haley was dead.

This was 1991 -- three years before the federal government's Back to Sleep campaign launched, imploring parents to put babies to sleep on their backs to prevent Sudden Infant Death Syndrome, or SIDS, the apparent cause of Haley's death. Stomach sleeping is believed to be a possible cause of SIDS.

The Schmids hadn't heard about back-sleeping or SIDS, and Bill Schmid was determined to prevent other parents from suffering a similar fate. He soon left his position as an engineer and founded Halo Innovations Inc., which makes the SleepSack, a wearable blanket that helps protect babies from SIDS.

Schmid's company has since sold more than 8 million SleepSacks in stores including Babies R Us and Target. The SleepSack is used in 800 hospitals, and Schmid claims he reaches about 1 million new parents annually. According to nonprofit SIDS organization First Candle, SIDS remains the leading cause of death for babies 1 month to 1 year old. Said Schmid, "We still have a lot of work to do."

[Losing Haley] must have been surreal.

It was shock, disbelief and, when the reality set in, anger and incredible grief. Part of what makes SIDS so difficult is the suddenness and the unexpectedness of it. You question whether this could have been prevented -- you feel guilt regardless of the circumstances, which adds to the grief. We wanted to know how this could happen, so we started asking questions and doing research. That was really the genesis for the company -- asking those questions and not getting answers.

What answers weren't you getting?

Initially there weren't any answers, because SIDS is a diagnosis by exclusion. I was an engineer and my wife was a pharmacist -- we were used to dealing with things in black and white, and there were no good explanations. I used to work with air flow systems, so when I found out in research that babies could be rebreathing carbon dioxide as they sleep on their stomachs, it dawned on me that there should be a way to proactively prevent babies from rebreathing the carbon dioxide that's accumulating. I came up with the SleepSack, which was similar to a product in the Netherlands that we Americanized, and we decided it was a concept that could save lives and we had to do something with it.

Why did you add an educational aspect, the Halo Safer Way to Sleep, to your business?

There's still a large group of babies dying, many of them needlessly, and a lot of those due to lack of education or understanding.

Even though you experienced a father's nightmare, do you feel there was a purpose in Haley's death, in that you're helping to save lives?

Actually, to be honest, I wish in a lot of ways I wasn't in this position. I wish she was still alive. 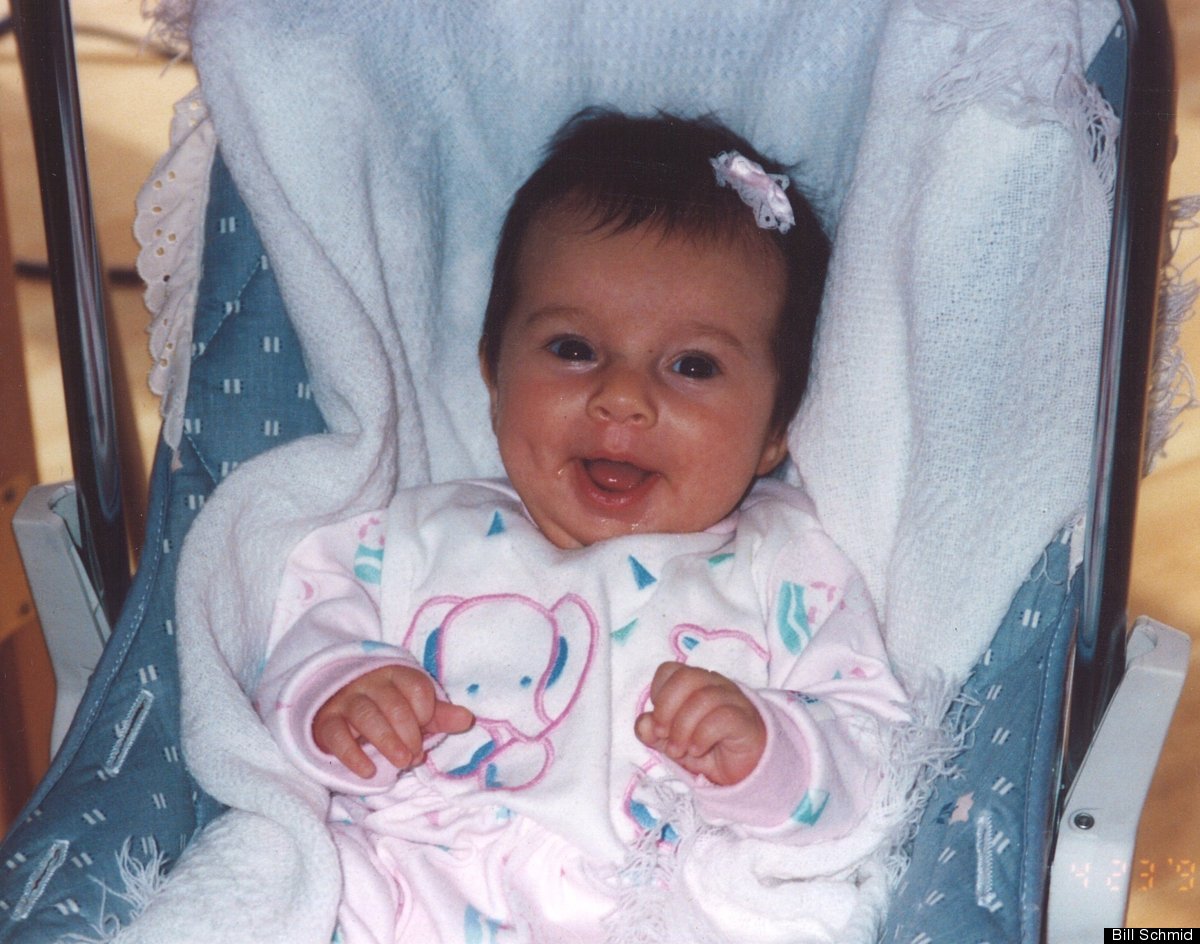 1 / 6
'Beautiful Little Girl'
Haley was "healthy, robust, happy" before she died of SIDS at 8 weeks old, according to dad Bill Schmid, who dedicated his life to provide products and programs that would help prevent SIDS.
Bill Schmid